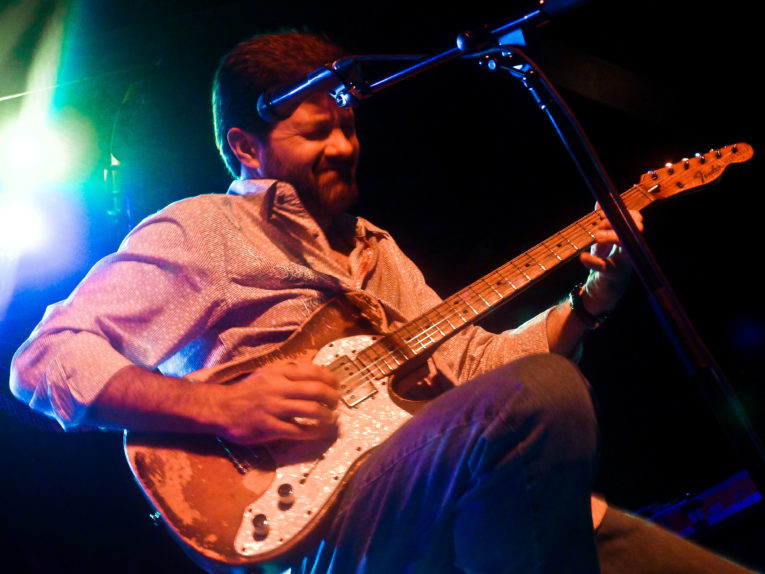 There are certain musicians who just merge with their music. You can hear it in their vocals, in their guitar playing, and see it in their body language on stage.

Tab Benoit is one of them. He has a great, soulful voice that’s just made for the blues and crazy-good guitar chops. It’s not the norm for musicians to have both. In fact, that’s pretty hard to find. But Benoit does—emotional, strong vocals and kick ass guitar skills. He’s won a number of Blues Music Awards and was inducted into the Louisiana Music Hall of Fame.

This is one musician that seeing live could very well make your weekend. But I suspect that his albums don’t depart that much from his live performances. The album I listened to, Legacy: The Best of Tab Benoit, his last album released in 2015, was almost identical to his live performances on YouTube. He’s touring now and is included, if not headlining for, just about every blues festival across the country. He’s in demand, he’s hot, and he’s in it. He plays 200 tour dates a year.

Benoit pours as much emotion into his guitar playing as he does his vocals. It’s as if the music for him is a second skin. You can spot that right away in his videos. And to watch some of his live performances is to be swept up by a blues musician who just–has–it. His music is powerful blues-rock that’s packed with soul and stinging guitar licks.

Benoit plays a vintage 1972 Fender Tele Thinline that caught my eye. I had to look that up because of its rich but snappy tone. Just thought that might be of interest to my fellow guitar geeks.

The opening tune, “Shelter Me,” on Legacy: The Best of Tab Benoit, blasts off with some fine blues licks and Benoit’s powerful vocals. It made me wonder what took me so long to discover this musician. A few of the Rock and Blues Muse followers suggested I listen to him and to them, I owe a debt of thanks.


“For What It’s Worth,” is a standout track on the album, an updated, bluesy version of the Buffalo Springfield classic written by Stephen Stills. A protest song from the 60’s, I suspect it might be close to Benoit’s heart as he’s an environmental activist who has made the preservation of the endangered delta wetlands his personal mission. A Louisiana native, Benoit is president of Voice of the Wetlands, an environmental organization he founded in 2003.

The third track, “Nice and Warm,” is a slow, 12-bar blues number with an outstanding, and I do mean outstanding, guitar solo by Benoit. He sings this song from a deep place. You never doubt that he means it.

“Darkness” is a blues-rock ballad that Benoit’s voice just sails on. It’s mournful with a touch of scratch to give it texture. His guitar playing is much the same way—feeling pushing notes to the edge. This is a darker tune, one I wouldn’t want to be listening to alone after staying too late in a bar on the wrong side of town. But it’s beautiful all the same.

“Medicine” is one of my favorites on the album. The opening guitar riff is delicious. There’s so much feel in this guitarist’s hands.

Often it’s the imperfection in a guitarist’s playing, pushed to the limit by sheer emotion, that sends you over the edge. There are several on this album that do that for me. I look forward to discovering more of Tab Benoit now that I’ve found him.

Legacy: The Best of Tab Benoit is available: