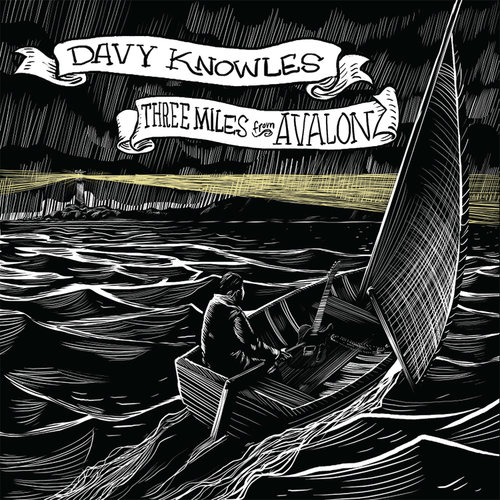 Why are British musicians, even after all these years, still so enthralled with The Blues? Probably for the same reasons so many Mexican kids in SoCal are such dedicated Morrissey fans; emotional truth is both timeless and borderless. When music speaks to what is in your heart – as so few other human-created things can – that is all that matters, really. Davy Knowles is a young man from a wind-swept island in the middle of the Irish Sea, but it is pretty clear he spent his childhood soaking up the sounds of his British Blues forebearers: Clapton, Knopfler, Green and Mayall.

A lot has been written about this relative kid’s skills and dedication to the blues, but there is something else at work here too: a mature discipline. This collection clocks in a few seconds short of 40 minutes, pretty unusual in this modern era of limitless “digital releases” and bonus tracks. It really feels like Knowles set a challenge for himself here. If his classic British Blues guitar icons only had 40 minutes to get their ferocious points across in the limited time available on a vinyl album, could he do the same?

At first though, I was a little concerned. The opening track “Ain’t Much of Nothing” was a little too self-descriptive. A decent enough tune, but easily the weakest link in this set.

Luckily the next two tracks “What You’re Made Of” and especially “Falling Apart” are the kinds of songs that made early fans sit up and take notice of Davy in the first place. Aided by soulful vocals as wise-beyond-his-years as his guitar playing, “Falling Apart” is a slow burn of a Blues scorcher. Displaying the sort of patience and sophistication Clapton wielded in his early solo albums (when he thought he might still have something to prove, legitimacy-wise.) Knowles takes his time with this one and makes every note count.

On “Oxford MS” Knowles takes his Chicago-by-way-of-London Blues down Highway 61 and closer to the source of the Blues. With repeating vocal chants and a footstomp beat, this tune tells a tale of violence, regret and hope for redemption. I’ll also point out that, if you were listening on vinyl, this would be the first thing you hear after flipping the record to side two, and that is exactly where it should be.


The title track, “Three Miles from Avalon,” follows with more laments about bad choices made and the long odds against making it back to shore. In addition to the growling leads, Knowles brings as much sincere passion to his vocals as he does to his guitar playing on this track.

The album closes with “What in the World,” a 12 minute epic that I would advise most bluesmen twice his age to not attempt, but Knowles is fearless and, so far anyway, his facility with the Blues has yet to bump up against any limits.

The track opens with a brooding two minute instrumental before you hear the first line of vocals, at which point you can already feel the hard rain falling. As was the case with the title track, this epic tune turns into a showcase for his soulful vocals as much as his guitar. You hear him testify, and you believe. How often can you say that these days? A generous player, Knowles gives over huge chunks of this tune to his able bandmates. The organ break about halfway through is longer than most of his leads. Later, that organ tone comes back in what can only be described as a truly moving duet with Knowles’ guitar.

Avalon was (is?) the legendary island of British heroes. It is where King Arthur’s sword Excalibur was forged, and where Arthur himself, and other legends of British lore, always traveled to whenever they needed to be reminded of their power and their purpose.

Davy Knowles is a lot closer than he thinks.

Three Miles from Avalon is available on: