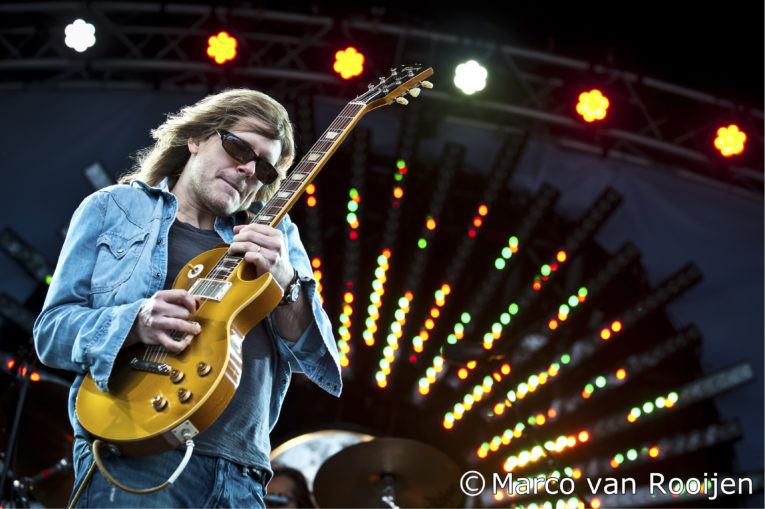 Want some high octane, world-class blues-rock for the weekend?

Here ya’ go. Tony Spinner and his blues-based, guitar-driven band are world class musicians with serious groove. Earth Music For Aliens, Spinner’s latest album on Grooveyard Records, is one for the record books. Seriously. This is one dynamic power trio—soulful, super tight, with exquisite musicianship. Tony Spinner is a gifted guitarist with some of the best rhythm and timing I’ve heard.

This is real music with outstanding musicians. Spinner’s website even states, “My newest CD, Earth Music for Aliens, is for those of you who feel like you’re one of the few who care for real music played by real musicians.”

Grab this album right now. Put your headphones on or blast it on your stereo speakers made to produce real quality sound. That’s what I did. And I got totally lost in the ride.

Spinner toured and recorded with Toto, Pat Travers, and Paul Gilbert for years, so I don’t have to tell you that his guitar playing and vocals are first rate. There’s one interesting aspect to this blues rock trio—it’s got great groove, some of the best I’ve heard. I mean this is funky fun with top notch musicianship. Spinner on vocals and guitar is on fire. The whole trio on this album is smoking.

From Cape Girardeau, MO, Spinner’s musical influences surface in many of the songs. From Rory Gallagher, Johnny Winter, and Stevie Ray Vaughan, to Little Richard and Chuck Berry, with a little Jimi Hendrix thrown in, Tony Spinner is the real deal. He sings and plays with conviction, but most of all fun. You can feel it that he and his band are having a blast.

The first track, “Best Friend,” opens with high-voltage blues licks and a get-up-out-of-your-chair kind of rhythm and beat. Spinner is a great singer with a raspy edge, perfect for blues rock with a firecracker kick.

“Let Her Go” has some really interesting rhythms, and of course, Spinner’s incredible sense of timing. Talk about an innovative guitar solo. What I noticed about his guitar playing is the precision with which he plays—all without loss of feel. You’ll have to listen for yourself. This is an artist whose guitar skills are right up there with some of the best.

“Hot Mess” is one of my favorites on the album. We’re not talking deep lyrics here, but I didn’t care. The song was so much fun and the guitar licks and solo simply knocked me out. This artist has it going on. “Hot Mess” has some of the best inventive rhythms and guitar licks. The band is seriously tight.

There’s even a couple of country-rock songs on the album, “Good for Me,” which has hints of The Allman Brothers, and “Miss Talk” which is more country-blues than rock.

“Stop” is heavier blues-rock with some familiar Jimi Hendrix phrasing. The guitar solo definitely has influences of Hendrix. All I can say is, Daaammm this guitar player is good.

For a little variety, listen to “It’s a Living,” a song with a Johnny B. Goode feel. Try “Shame” for real blues anguish with groove. The solo—so precise with awesome tone. “Got What I wanted” isn’t my favorite on the record as it doesn’t have the ingenuity that the other tracks do. It’s more of a straight forward rock tune, but of course, with a knockout guitar solo. From this tune, I gathered that someone went through a divorce and then wrote a song about it.

Closing the album is the song, “No Good,” a 12-bar blues tune, real blues here, with outstanding guitar and vocals and feel from the band. Spinner can really sing the blues. If you’re in the mood for blues, go straight to track 12. It won’t disappoint.

This album is a blast with class. Every song has outrageous guitar licks and solos, snappy tempos, and soulful vocals, played by a trio that sounds like they’ve been together forever but are still as fresh as ever.

Earth Music For Aliens is available: