Kenny Wayne Shepherd Band, Lay It On Down, Album Review 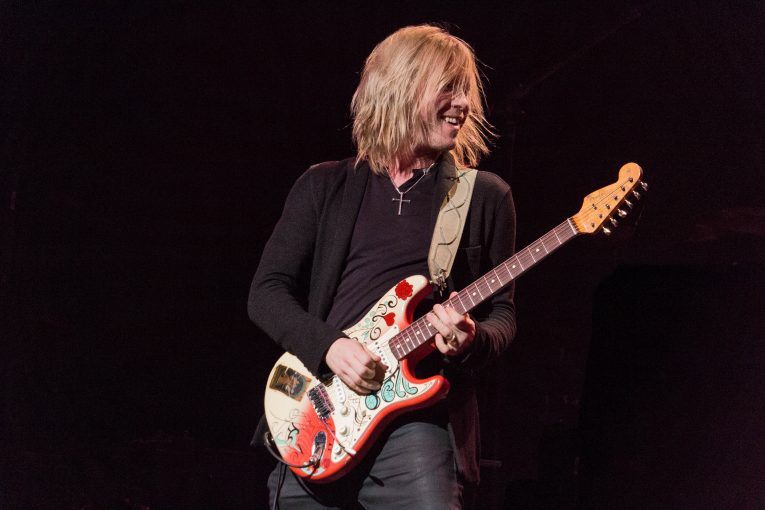 From one of the premiere guitarists of contemporary blues, Kenny Wayne Shepherd, comes a new album, Lay It On Down, delivering a fresh and diverse take on blues roots music in all its forms. Released August 4th on Concord Records, Shepherd teamed up with Nashville-based producer Marshall Altman to create an all-original album that rewards listeners with a wealth of new and exciting music that explores and expands his repertoire. The ten tracks traverse thrilling new territory while still capturing the blues-rock thread present in his eight highly acclaimed albums. Lay It On Down is Shepherd’s first album release since Goin’ Home in 2014.

The opening track, “Baby Got Gone,” launches with the crack of a snare drum, followed by a solid rhythmic guitar and Shepherd singing lead vocal in a surprisingly sexy snarl, which is all attitude. The song moves along naturally, allowing it to breathe and develop a steady, hip-grinding quality. To me, it announced the album’s obvious intentions to please fans and reach new ears, with its gritty, guitar-driven feel, its high-end production and radio-friendly sound.

The momentum continues with the super-soulful, “Diamonds & Gold,” one of my favorite tracks. This one is like a throw-back to soul music from the heart of the 70s with an updated sound. Saturated with fat horns, B3 keys and a stone-cold, killer wah-wah pedaled guitar, Shepherd swaggers the vocal again. The chorus is infectious, while the bridge is a beautifully effective breakdown that sets up the aggressive and magically funky lead guitar solo. I found myself hanging onto every bit of this one as it faded away.

“Nothing but the Night” has a definite adult contemporary sound, along the lines of some of the Robert Cray Band’s material. Long-time KWS band mate, Noah Hunt (vocals and rhythm guitar) sings lead, returning our ears to familiar territory.

The title track, “Lay it on Down,” is a refreshing, acoustic guitar-led song. It’s a pleasure to hear Shepherd work his rhythms and leads away from the electric guitar – something listeners may not generally associate him with. Vocally, his singing is quite full-throated and accomplished on this subtle track. Likewise, where Shepherd is joined by Hunt, the choruses soar beautifully.

The other tracks, where the band slows it down a bit, are the heart-tugger, “Hard Lesson Learned” and the evocative “Louisiana Rain,” both featuring Noah Hunt on vocals. Yeah, this stuff definitely has a Nashville flavor and we’re all the better for it.

Drummer, Chris “Whipper” Layton (formerly of Stevie Ray Vaughan and Double Trouble, Arc Angel and Storyville) implies a shuffle groove on the tune, “She’s $$$.” On “Down for Love” he plays the actual Texas shuffle groove for which he is famous. On both songs, bassist, Kevin McCormick and keyboardist, Jimmy McGorman, are unquestionably locked into everything that goes on around them. They hug every riff, chord and beat, while adding their respective nuances in just the right places. Shepherd burns bright and hot as he demonstrates his guitar-slinger chops, borrowing from the lexicons of country, blues and rock.

“How Low Can You Go” immediately struck me as the song which most represents what might be considered that “classic” KWS sound. A driving guitar riff, powered by a steadily pulsing rhythm section over which Noah Hunt sings until we reach a patented Shepherd barn-burner solo. If it ain’t broke, don’t fix it. Similarly, Shepherd closes things out with more of what we’ve come to love from him on “Ride of Your Life.” Dirty blues/rock guitar and bass riffing over heavy back-beat rebound drums with Hunt’s lead vocal grinding it out from start to finish.

Lay it on Down shows us Kenny Wayne Shepherd as a deeply expressive songwriter, aggressive and sensitive guitarist, and full-fledged vocalist who continues to grow while never forgetting where he came from.

Lay It On Down can be found: