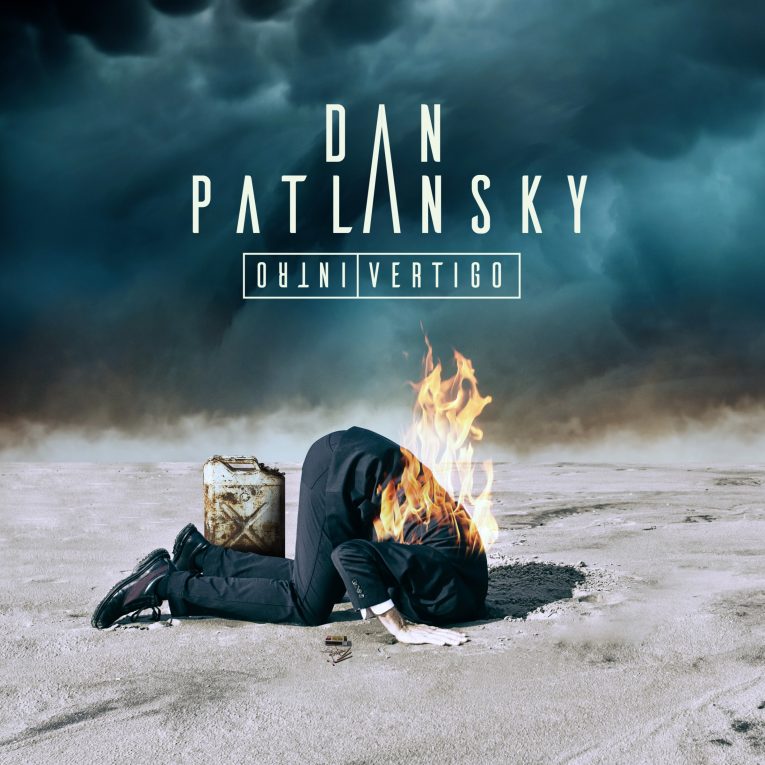 We discovered the great blues-rock guitarist-singer-songwriter, Dan Patlansky, well after the inception of Rock and Blues Muse. We thought it only fitting that we now include his album, Introvertigo, released May of 2016, in our lineup of reviews. Why? Because Dan Patlansky is that good.

Patlansky has opened up for acts like Joe Satriani and, notably, for Bruce Springsteen. He’s had to improvise to get exposure in the grass roots blues scene because, according to Patlansky, that scene simply didn’t exist in his home of South Africa. Instead, Patlansky hit the road with his band playing anywhere and everywhere they could, essentially creating their own scene from nothing.

That almost punk rock DIY spirit and work ethic also resulted in quite a prolific output. Introvertigo is Patlansky’s seventh release since his 2006 debut, Standing At The Station.

Introvertigo kicks off with the rocking, “Run.” Like the tracks, “Sonova Faith” and “Stop the Messin,’” “Run” uses guitar sparingly in in the verse before traversing into a massive head banging chorus that brings to mind the Pacific Northwest’s dank grunge clubs of the mid-90’s.

Yet, on “Heartbeat,” Patlansky employs entirely different techniques – the percussive folk guitar intro is reminiscent of KT Tunstall’s “Black Horse and the Cherry Tree,” Beck’s “Loser,” and John Butler’s “Betterman.” Once the chorus kicks in, however, the guitar playing mutates into an entirely different beast – impactful hard rock power chords that summon the mental image of Patlansky mesmerizing a packed stadium. And once the melodic middle eight fires up, you can almost smell the smoke from pyrotechnics firing in time with fists-in-the-air solo.

Vocally, Patlansky’s songs carry a Seattle snarl – not unlike Audioslave-era Chris Cornell. While some elite blues guitarist/vocalists lean heavily on their playing prowess, Patlansky has no interest in belonging to that club. His voice is every bit as powerful and versatile as his guitar playing.

“Bet on Me,” the record’s catchiest and most accessible song, with atmospheric organ ringing out over major chords, this is a track that would be right at home on the Rolling Stones’ oft-overlooked mid 90s album, Stripped.

Patlanski’s vocal pliability can be heard resonating throughout “Loosen Up The Grip” – its mournfully-delivered verse gives way seamlessly yet counter-intuitively to a simple pop chorus. It shouldn’t work, but it does.

“Still Wanna Be Your Man” is a sound clash of early ‘60s rock and soul – as if a young Nina Simone had beaten The Animals to writing “House of the Rising Sun” by a couple of years. The blazing solo during the breakdown is delivered with the confidence and swagger you’d expect from the world’s fourth best guitarist as named by British six string bible, Total Guitar.

UK fans will soon be able to catch Patlansky with Joanne Shaw Taylor once he’s through touring places like Slovakia, Namibia, Hungary, and his native South Africa.

Introvertigo is out now and can be found: