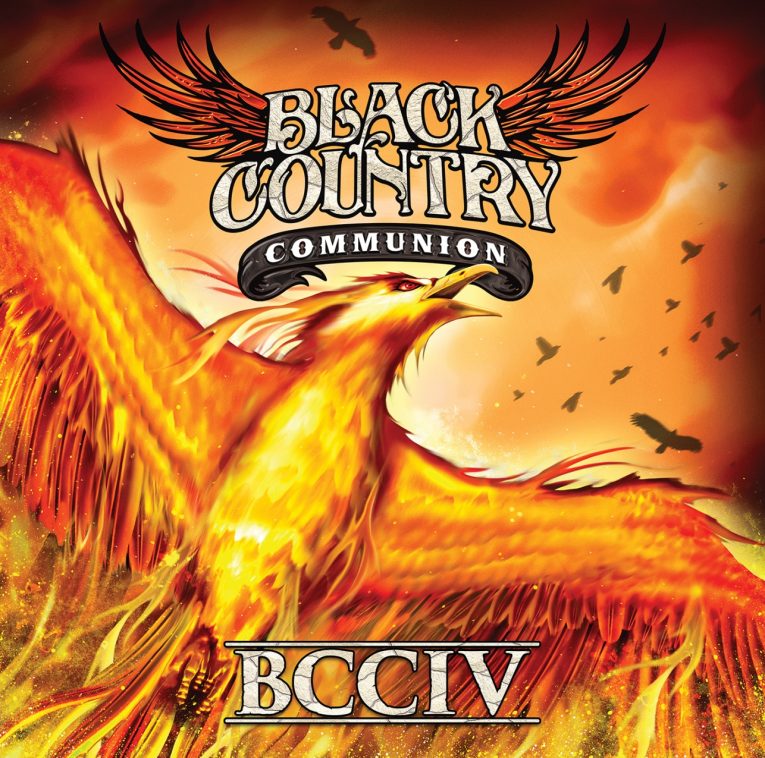 Music reviewers love to throw the word “legend” around. But when your lineup looks like Black Country Communion, it’s time to strap on a mitt for catching practice. Because the team sheet reads: “Legend, Legend, Legend, and Legend.” And when you hit play on BCCIV, you better be ready for a few curveballs. The UK-US band’s third studio album, to be released September 22nd on Mascot Records, is an ambitious and eclectic, joint songwriting venture between blues rock guitar king Joe Bonamassa and evergreen Deep Purple vocalist/bassist, Glenn Hughes. The lineup is completed by Jason (son of John) Bonham and keyboard virtuoso and session player to the stars, Derek Sherinian. So, if the word “supergroup” doesn’t quite sell it, then “rock’n’roll royalty” is surely no understatement.

The BCCIV royal decree begins with anthemic opener “Collide.” Complete with a purposely lazy false start, the track has more than a faint haze of ‘70s stoner rock; the soaring, screaming vocal line and stomping beat are pure Led Zeppelin, but that was perhaps inevitable considering who’s behind the drum kit. And while the song was written in half a day, Bonham’s beat will rattle around in your head for far longer.

On the mellower side, “Last Song For My Resting Place” is as epic as ballads get, complete with pipes, flutes, and fiddles. Inspired by the story of the violinist on the Titanic, Wallace Hartley, the influences on display are as diverse as the ill-fated ship’s passenger list – the ethnic instrumentation gives this classic rock head-nodder an Irish and Eastern European folk ambience. One-by-one, those instruments fade out until, in a fitting tribute to Hartley, the violin continues on to the final note.

If there isn’t already such a thing as stoner funk, then Bonamassa’s percussive guitar pull-offs and Bonham’s effortless changes of pace have invented it on “Awake.” Bonamassa even finds time to duel keyboardist Sherinian for melodic supremacy. It’s a testament to exactly what a supergroup side project should be, with Bonamassa enjoying the freedom to experiment with heavier distorted licks than you’d expect from his solo work.

Not to be outdone, Glenn Hughes’ vocal performances on BCCIV are, in a word, incredible. Tracks like “When the Morning Comes” prove that Hughes can evoke Chris Cornell’s vocal mannerisms as easily as he can Robert Plant’s. Or Bon Scott’s. Or Scott Weiland’s. It’s all testament to Hughes’s reluctance to rest on his heydey laurels, instead integrating the styles of vocalists his own music as influenced. It helps give BCCIV a feeling of melodic completeness on a masterly record that pulls in a stunning array of genres, eras, and influences.

Meanwhile, the outstanding depth and strength of Joe Bonamassa’s guitar playing once again comes to the fore on “The Crow.” The strutting guitar-driven intro segues into a rapid-fire, angsty, ‘90s punk-style stomping verse. It’s as if Tom Morello is battling Slash down a Los Angeles alleyway – a complete departure from the ‘70s-inspired wailing melodies of tracks like “Over My Head.”

“The Cove” is a heartfelt tribute song whose beat treads along carefully like a funeral procession – until the big vocal hook of the chorus sweeps in like an angelic messenger hitching a ride on the Zeppelin.

“Love Remains,” written by Hughes for his late father, rounds off a trilogy of dirges on the record. But BCCIV is far from a morbid album – more an exploration of the full cycle of life. There’s elation. There’s anger. There’s insightful reflection. It’s a full work-through of the emotional spectrum. And it’s an outstanding achievement for a group of musicians who are no strangers to musical success.