Wayward Sons, Ghosts of Yet To Come: Review 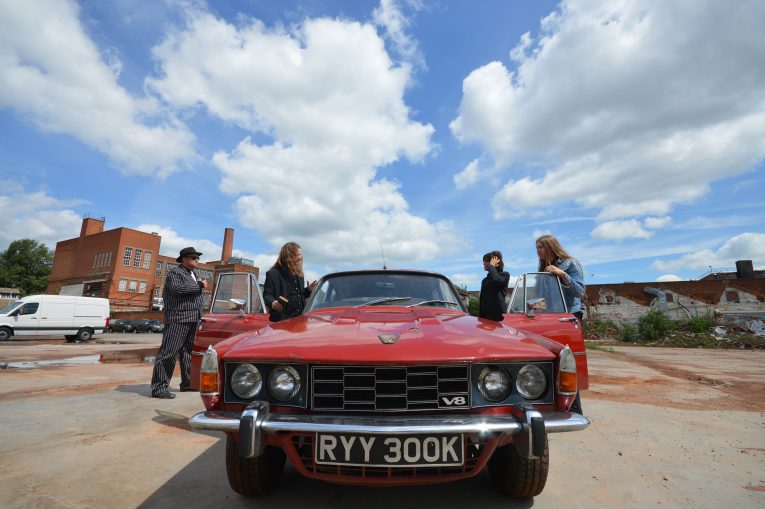 Veteran British hard rocker, Toby Jebson, and his new band of fellow travelers, Wayward Sons, just released a new take-no-prisoners album Ghosts of Yet to Come on Frontiers Music SRL. As I was listening to this ten-song collection, I couldn’t remember the last time I heard a new album so swagger-y, cock-sure and unapologetic that also had something worthwhile to say. The band’s 70s/80s Rock/Metal influences are numerous and obvious, even at first listen, but this isn’t a “retro” band. This is a gang who knows their genre, has their chops in order and are, as the kids too rarely say these days: Ready to F-ing Rock.

In case you’ve forgotten what that sounds like, the first track “Alive” will remind you. With a guitar tone and chord progression that would sound at home on a Pearl Jam album, Jebson’s virtuoso vocals start with a snarl and soar from there.

The second track, “Until the End,” is the first real introduction to Wayward Sons’ relatively unknown guitarist, Sam Wood. The slow, meaty stomp leaves plenty of room for Wood to explore the areas between verses while drummer, Phil Martini, and bassist, Nick Wastell, keep things sane in the rhythm section and Dave Kemp adds some keyboards wherever they’re needed to make a point.

“Ghost” comes next, keeping things hard and heavy, while offering the listener a clearer idea of what drove Jebson back to the mic after years of producing for others with lyrics like, “Welcome to the new century where everything is the same and we still celebrate the deranged.” In spite of the 80s metal vibe, these songs are about more than girls, cars or big hair. Another big bass moment for Nic Wastell comes with the slow-churning AC/DC-esque, “I Don’t Wanna Go” that allows Jebson to push his vocals into Brian Johnson range.

What follows are a couple of the most metal-y tunes on the album. On “Give It Away” and especially “Killing time,” Jebson’s vocals are completely unleashed in a way so few singers can pull off, unless their name is (was) Ronnie James Dio. That vocal expertise, combined with the locked in riff-age of the band is a rare sonic blast in the face of a world crowded with the musical cotton-candy of pop and EDM.

Wayward Sons don’t have much time for “power ballads” but “Crush” comes the closest with radio-friendly lyrics and a poppy tone. It is immediately followed by the hard-hitting, “Be Still,” a story-song that would make Phil Lynott proud, with its galloping beat, octave-split guitar lead and working class struggle lyrics. The next tune, “Small Talk” keeps the class struggle feeling alive with hard-hitting anti-Thatcher lyrics and some righteous anger. The album closes strong with, “Something Wrong,” a tune that starts as a bluesy farewell, then builds layers (and intensity) on top of that foundation.

When the last seconds of wobbly feedback fade to silence on the final track, chances are good you’ll immediately hit ‘replay’ for this entire album. This is a band that proves (again, for a new generation) that Rock is never dead and always finds new ways to be current and meaningful.

Carry on, my Wayward Sons.

For more info on Wayward Sons and Ghosts of Yet To Come: