Album Review: Burn it Down by Eric Johanson 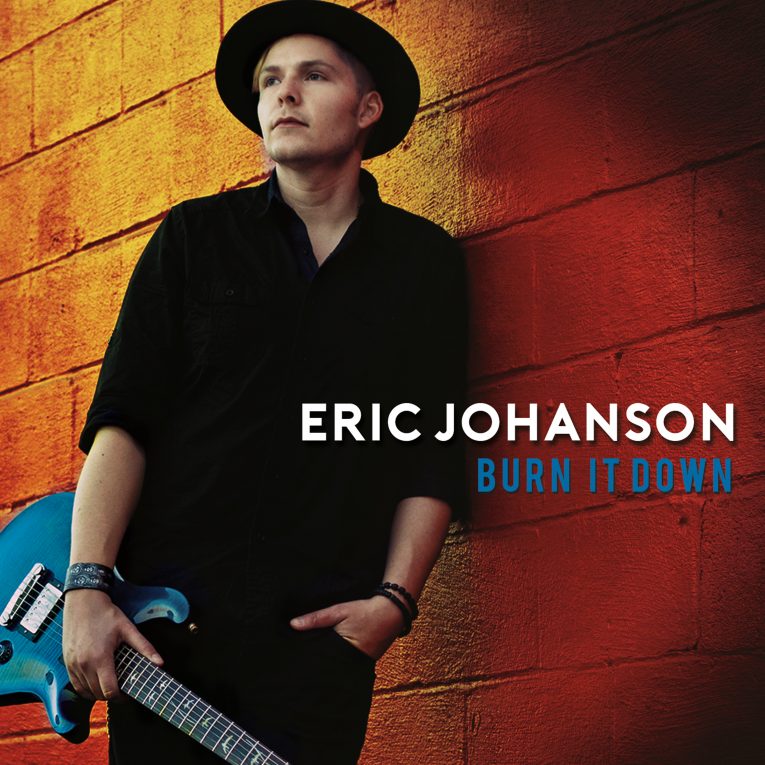 Grab your headphones. You’re in for a treat with the debut album, Burn It Down by Eric Johanson, out now on Whisky Bayou Records. Produced by Tab Benoit (who also plays drums on the album) is a richly honed blues-rock-roots album with grit and spirit, rockin’ rhythms, and a masterful guitar player with soul. Burn It Down has a fresh sound with nuances of the Bayou on its 11 tracks. And if you thought it couldn’t get any better than this, it has well-crafted songs with meaningful lyrics, all but one penned by Johanson himself and another co-written with Tab Benoit.

A young guitarist-singer-songwriter based in New Orleans, Eric Johanson toured internationally and in the U.S. as lead guitarist for Cyril Neville, Grammy-winning Terrance Simien and has performed with Tab Benoit, JJ Grey, Eric Lindell, Mike Zito, Anders Osborne, The Neville Brothers and more.

This is one fine power trio with Eric Johanson on guitar and vocals, Tab Benoit on drums and Corey Duplechin on bass. Burn it Down is a moody, blues-rock album with roots flavors. It’s a hot record from beginning to end. Plan on being moved by some of the darker songs with Johanson’s smooth melodic vocals over slamming guitar licks and solos. When listening to Burn It Down you might think that a trio this tight and a guitarist-vocalist-songwriter this good, that rehearsals began long before recording the album. According to Johanson, “We recorded Burn It Down at Tab Benoit’s studio basically live…it’s pretty much a live, in-studio recording.”

There’s a certain authenticity that comes with that kind of spontaneity, something that contributes to the beauty of this album.

The title track, “Burn It Down,” opens with a Delta blues intro with Johanson on slide guitar. A spare intro lends to the mood of this track, with only the sound of the hi hat in the background backing the guitar. The intensity builds into a full-on blues rock tune with plenty of backbone. Johanson’s voice has beautiful tone, in sharp contrast with the dark and dirty slide guitar licks that bleed into a fiery solo. This is some guitar player. His solos on this track and others remind me of Billy Gibbons on songs like, “Blue Jean Blues.” Johanson has that kind of touch and feel.

“She’s in Control” is a standout track with get-up-out-of-your-chair kind of rhythm. This is true for several of the tracks on this album—in the pocket rhythm that’s harnessed into seamless blues-rock with an edge. Johanson leans into it with solid vocals and outstanding guitar work. His guitar solo rides the beat, right in time with Benoit on drums and Duplechin on bass.


The third track, “Graveyard Queen,” a rock ballad, opens with a haunting guitar line and then moves into an equally haunting song about a tumultuous relationship and the grasp it has on the songwriter. The guitar solo is, in a word, exquisite. The song’s darkness is raw with a fine sheen of hope.

“Bang Against the Wall” is another standout tune with tight rhythm and a rocking vibe. It features Johanson’s vocals at their best, rich in texture and tone. His guitar solo has it all—crisp but dirty with melodic lines. He certainly has a chokehold on masterful guitar playing. Johanson also showcases his songwriting ability here. For someone so young, it seems that he has much to draw from to write lyrics with imagery and emotion.

“4 O’clock” kicks off with a guitar riff and hard driving beat. Again, catchy rhythm at work here. This is another standout track on the album, and certainly one that’s darker in tone. You know what they say that nothing good happens after 2am. Listen to this tune and you’ll know why. Johanson’s voice shines in the heartache. He sings it like he means it, giving himself over to the song. The beat picks up, a little more syncopated toward the end, with Johanson’s fiery slide guitar riding the blues-rock beat. Tab Benoit kills it on drums.


Toward the latter part of the album, we get to more of a gritty, dark number, “Til We Bleed.” That’s one of the themes running through Burn It Down, themes about destructive relationships, and the struggle to overcome. Johanson’s voice soars on this tune, rife with emotion. It’s a story that walks the edge of the abyss. The two guitar solos rose the hair on my arms. Johanson is feeling it. No two ways about it.

Perhaps to lift up the listener after the last track, “Oh Louisiana” is a lovely rendition of the Chuck Berry tune. There’s plenty of oomph powering Johanson’s vocals on this tune and are some of his best on the album.

On this track, Johanson has a real vocal presence. And on others, his vocals are a bit tempered, perhaps because of a lack of vocal confidence. He has it in him—he’s got the voice—maybe it just takes a little more experience in the spotlight.

“On My Own” closes the album, another tune for rockers with a penchant for ace-in-the-hole guitar playing. It showcases Johanson’s guitar prowess and the trio as rhythm kings.

There’s something uniquely special about Burn It Down. It’s authentic in so many ways, a refreshing respite from some of the pop that monopolizes the charts. Eric Johanson certainly has a bright future ahead of him.

For more information about Burn it Down and Eric Johanson: