Interview: A Conversation with Albert Cummings 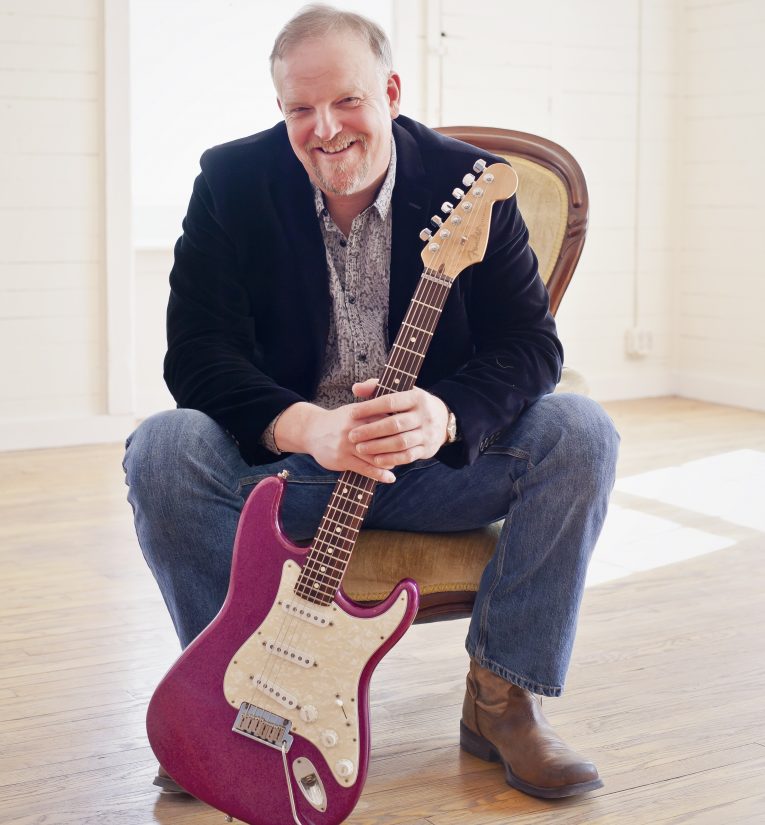 With a new live album, Live At the 62 Center, released December 5th 2017, master blues-rock guitarist, vocalist and songwriter, Albert Cummings, is currently on tour across the U.S through 2018. His style has been coined as a blend of guitar pyrotechnics that calls to mind the likes of Albert King, Freddie King, Stevie Ray Vaughan and Jimi Hendrix. He even worked with SRV’s rhythm section, Double Trouble, and his solo debut in 2003, From the Heart, featured Cummings fronting Double Trouble which included Reese Winans. He has toured with B.B. King, Johnny Winter, and Buddy Guy.

Not many musicians start off being a master carpenter, but Albert Cummings is one such person. Cummings is a fourth-generation master carpenter and had his own home construction business in western Massachusetts before delving into music professionally. Cummings discovered a passion for playing live that he pursues to this day. Cummings has released eight albums, including his newest release. He kindly took the time from his busy schedule to talk to us.

AC: The whole reason this album came to life was because I wanted to have a video recording. People constantly tell me that they love my music, but they never had any idea of the passion involved until they have seen me play. I decided it would be nice to have a professional video recording of a show. It kept evolving, and soon we had an incredible team wanting to be involved in making it happen. The recording was going to be done anyway, so it was easy to make it a live CD as well.

KP: I read that that particular night was the first time you played live with the keyboard player and background singers. Tell me about that.

AC: I love to make things spontaneous, and I’ve always wanted to tour with this arrangement for a band. The two thoughts together made it an easy decision. Why not try out this style of band and why not keep everyone on their toes by doing it live in front of the cameras and a live audience?

KP: This is your second live album, after 2008’s Feel So Good. What’s different about this one versus Feel So Good?

AC: Well, the band is certainly different. Another big difference is the songs. I’ve grown as a songwriter and as a performer, and I’m much more comfortable on stage. My band and I were touring a lot for the last album, making it easy to record a live show. This one is done completely off the hip. There is a very cool energy that can be heard on this album.

KP: People classify you as a blues artist, but your music also includes elements of rock, boogie, and rockabilly in addition to the blues. How would you categorize or classify your music?

AC: Unfortunately, there seems to be an unknown rule that all music must be put into a few categories. I have a lot of influence in me from the blues. In truth, so does every type of music out there—it all came from the blues, so I’m not alone. My music is a mix of different types of music, and the musicians that have inspired me. It all comes from different genres, and it is evident in my style. I am a combination of country, rock and blues, and my shows have very diverse crowds because of this. My songs range from ballads to rockers to straight ahead blues. Whatever I feel like playing at a certain gig is what I’ll play. I love it all and enjoy creating my own style.

KP: I understand you have names for your guitars. What are they?

AC: I have a name for every guitar, and all of the names reflect something about the guitar. My primary #1 guitar is called Cee Cee named, after my wife, and my #2 guitar is called Fessler after Greg Fessler, the master builder in the Fender custom shop who built the guitar for me.

KP: I understand you’re a fourth-generation master carpenter. How did you transition from carpentry to playing guitar?

AC: I’m not sure I’ll ever make that transition. Carpentry and building are very rewarding, and I love that I have the ability to build things. It is a very rewarding feeling, but being able to create songs and sounds from your own mind and personality is even more rewarding to me.

KP: Do you apply anything you learned from being a carpenter to playing music?

AC: That’s an interesting question. I actually do. Every solo I take or song I write, I tend to build it just like I would a building. You start with the foundation and you keep adding one piece at a time. As long as every brick is placed successfully, the building will automatically be a success. It’s the same for music.

KP: I know you recorded with Tommy Shannon and Chris Layton from Stevie Ray Vaughan’s band, Double Trouble. What was that like?

AC: To this day, it is a “pinch me I must be dreaming moment.” I am from a very rural area in western Massachusetts, and for me to be able to record with such legends is just mind blowing. Reese Winans (keyboards) was also on that recording, which made it Stevie’s entire band. It was the scariest, most fun, exciting experience I have ever had. Those guys taught me so much and were so kind to me. If you can imagine having less than a hundred gigs under your belt and being asked to record with Double Trouble in Austin, Texas, you can get a sense of what that was like. It makes me smile every time I think of it, which is often.

KP: Reader after reader of Rock and Blues Muse rave about your live shows. What’s the magic? What makes your shows so loved by your fans?

AC: I can’t speak for them, but this is the reason why I wanted a video. I think what makes me different is that is that I am also a spectator when I play. I literally go into another world. I can’t sit down and show you what I know for guitar licks, nor do I even care. I walk out on stage and I stand at the edge of the cliff and jump. I hardly ever practice, I only play at gigs. I’ve woken up on stage before and not know where I am. It’s nothing I can explain. I just go for it every time, and somehow, the music comes out of me. There is nothing rehearsed or worked out when I play. I think people love to experience something that’s completely different and honest. I love it that something just takes me over, and I sit back and enjoy the ride until the show is over.

KP: What do you like most—playing live? Writing songs? Singing? Playing guitar?

AC: I think you hit those in perfect order. Ever since the first time I stood on a stage, I knew that I had found the one activity that I will love forever. I never have enough time to write, but that’s what I love to do the most whenever I can. I would consider myself a singer before I would consider myself a guitarist. I love expressing myself with my guitar, but my voice is the number one instrument in the band.

KP: You started playing professionally when you were just about 30. What made you get started then?

AC: I never set out to do this. I never played guitar with a band until I was 27. I was at a friend’s wedding, and my friends encouraged me to get up to play with the band. Within a few minutes, I was hooked. Until that point, I only knew a few chords on guitar. After that night, I decided I wanted to learn more, so I began to practice. Within a few years, I started a trio and started to gig. I still can’t get enough of it. It’s the best thing in the world for me. I’m so glad that day happened.

KP: What would you tell any aspiring musicians among our readers? Any tips you can share?

AC: I’ll share my favorite quote: “Be yourself because everyone else is taken.” I believe there are two types of musicians: the creators and the performers, who perform what the creators create. I try to be a creator. I encourage people to run their own race. If you’re a true artist, then you’re one of a kind and you have no competition. The only person you should be trying to beat is the person you were yesterday.

KP: Do you have plans to make another studio album? Would Jim Gaines or David Z produce again, or would it be something new?

AC: I have written what I think is the best material I’ve ever done. I can’t wait to get into the studio. I love being in the studio and I love to create. I love Jim and I love David, and I’d be honored to work with either one of them again. I plan to move in a little different direction on this album. I have some very specific ideas on what I want to do. We’ll have to talk about it when it’s done!

KP: How do you approach songwriting? Do you start noodling on a guitar or do you write some lyrics down first and try to write music around it?

AC: I start with an idea. I get my ideas whenever and wherever they come from. Once I have the idea, I then figure out what I want to say. This determines the mode of the song—will it be happy? Sad? And so on. Once I know this, I can figure out what the music will sound like. I always keep song ideas I come up with on my guitar, so I find one that fits the song. If I have all of these things determined, the song will usually write itself. Of course, this doesn’t happen all of the time. I try my best to write a song, but If I get stuck, I let it sit for a while and go back later to try to finish it. Sometimes I may change the entire song. No song has ever been the same process for me. I love it!

KP: Thank you for taking the time to talk to us, and best wishes for the live album and video, and for a prosperous and joyous holiday.

For more information on Albert Cummings: