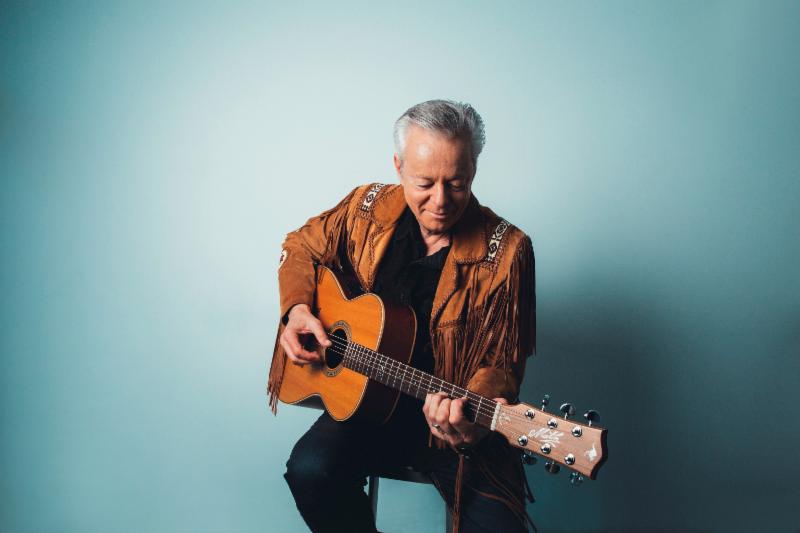 Esteemed Grammy-nominated guitarist, composer and performer, Tommy Emmanuel released the official video today for “Djangology” featuring Frank Vignola and Vinny Raniolo, from his upcoming Accomplice One album, due out January 19, 2018. The “Djangology” track and video, recorded live in Hanvana, Cuba at Abdala Studios, showcases Emmanuel, Vignola and Raniolo giving a musical tip of the hat to jazz guitarist, Django Reinhardt.

“In 2016 I did a guitar camp in Havana, Cuba with Frank Vignola and Vinny Raniolo,” Says Emmanuel. “”We worked up an arrangement of this famous Django Reinhardt song. We took all our guitar students to Abdala Studio to witness the recording as part of their education. You wouldn’t know it but there were over 80 people sitting quietly in the room as we recorded this track live. A big thanks to Frank and Vinny for bringing this beautiful song to my attention. That studio is where so many great Cuban recordings where made including the Buena Vista Social Club records.”

Vignola adds: “Tommy is very curious and eager to learn new songs. When I played ‘Djangology’ for him, he fell in love with it. Tommy is a complete musician. Although he doesn’t need anyone else, he certainly is a fabulous accompanist. A real professional.”


Pre-orders for the new album are available now and will come with instant great tracks, “(Sittin’ On) The Dock of The Bay” featuring J.D. Simo, “Borderline” featuring Amanda Shires and “Looking Forward To The Past” featuring Rodney Crowell in addition to the aforementioned “Djangology.”  For physical formats, the CD is available here and vinyl here. For digital, visit iTunes here.

Produced by Emmanuel, whom is distinguished as one of only five musicians handpicked by his mentor, Chet Atkins, as a Certified Guitar Player (CGP)—Accomplice One opens with “Deep River Blues” featuring Grammy-winning Americana raconteur Jason Isbell who says, “If you like guitar playing, it simply doesn’t get any better than Tommy.” The songs on Accomplice One are a mix of new takes on indelible classics and brand new originals from Tommy and his collaborators.

Tommy Emmanuel has achieved enough musical milestones to satisfy several lifetimes. At the age of six, he was touring regional Australia with his family band. By 30, he was a rock n’ roll lead guitarist burning up stadiums in Europe. At 44, he became one of five people ever named a Certified Guitar Player by his idol, music icon Chet Atkins. Today, he plays hundreds of sold-out shows every year from Nashville to Sydney to London. He’s piled up numerous accolades, including two Grammy Award nominations, two ARIA Awards from the Australian Recording Industry Association (the Aussie equivalent of the Recording Academy) and repeated honors in the Guitar Player magazine reader’s poll including a cover story for their August 2017 issue.

A noted fingerstyle guitarist, Emmanuel frequently threads three different parts simultaneously into his material, operating as a one-man band who handles the melody, the supporting chords and the bass all at once. His talents, which translate in any language, carry him to the far corners of the globe, but Emmanuel never plays the same show twice, and he improvises big chunks of every date. That leaves him open to those technical imperfections, though they also provide some of the humanity to an other-worldly talent.

For more information on Tommy Emmanuel: