Review: Accomplice One by Tommy Emmanuel 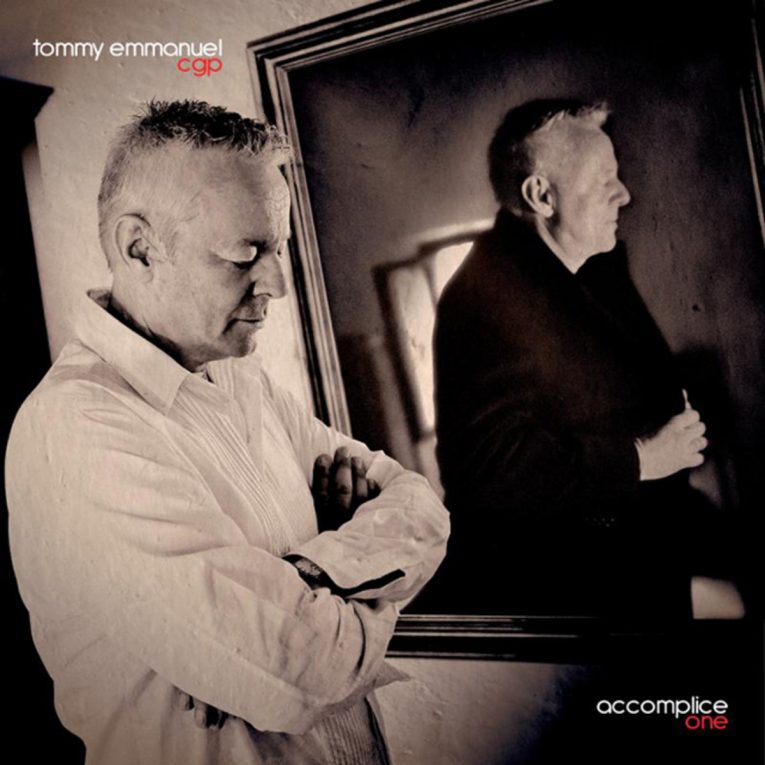 Set for release on Friday January 19 on CGB Sounds, Accomplice One is Tommy Emmanuel’s new album of collaborations. Featuring an impressive roster of well-known musicians, Accomplice One is a natural progression for Emmanuel, having last year released his duet album Pickin’ alongside David Grisman. That record clearly whetted the esteemed, Grammy-nominated guitarist, composer and performer’s appetite to work with other artists, as Emmanuel explains, “I wanted to record an album of duets that could showcase my love of many styles, the challenge of rearranging some classic songs, and share the fun of total improvisation with players who do it on a level that we all marvel at.”

And “marvel” is no understatement with the album’s 16 tracks all offering something marvelous in their own right. An eclectic collection of covers and brand new original tracks, the record kicks off with Doc Watson’s “Deep River Blues,” with Emmanuel joined by fellow acoustic maestro, Jason Isbell. It’s a pace-setter for the album, with the two musicians affording each other the breathing space they both deserve. The result is a wonderfully balanced recording that, if not handled with Emmanuel’s and Isbell’s humility, could so easily have turned into a battle for six string supremacy.

Such is Tommy Emmanuel’s mastery of the guitar, he’s able to expertly, and respectfully, collaborate with a diverse array of contemporaries from a wide spectrum of genres. “Looking Forward to the Past” is the album’s most country-heavy number, with Emmanuel and Rodney Crowell teaming up to create an engaging tale of heartbreak. Emmanuel’s shuffling acoustic rhythm creates a solid foundation that perfectly sets up some fruity picking courtesy of both Emmanuel and Cowell.

Another standout cover is Jimi Hendrix’s “Purple Haze,” which features the Dobro-playing talents of Jerry Douglas. Somehow, the acoustic version rocks just as hard as the electrified original – it’s a bafflingly brilliant tribute that proves Emmanuel is, in his own unique way, every bit the guitar pioneer Hendrix was.


Dire Straits front man Mark Knopfler’s signature vocals play off against Emmanuel’s own novel timbre on “You Don’t Want to Get You One of Those” in another unique pairing of musical legends. The jovial and relaxed vocal interplay between the two makes for a heartwarming yarn-spinner, with the two greats respecting each other’s space by keeping the guitar playing as laid back as possible.

Is there nothing this man can’t do?

To pre-order Accomplice One http://tommyemmanuel.com/pre-order-accomplice-one/

For more information on Accomplice One by Tommy Emmanuel: