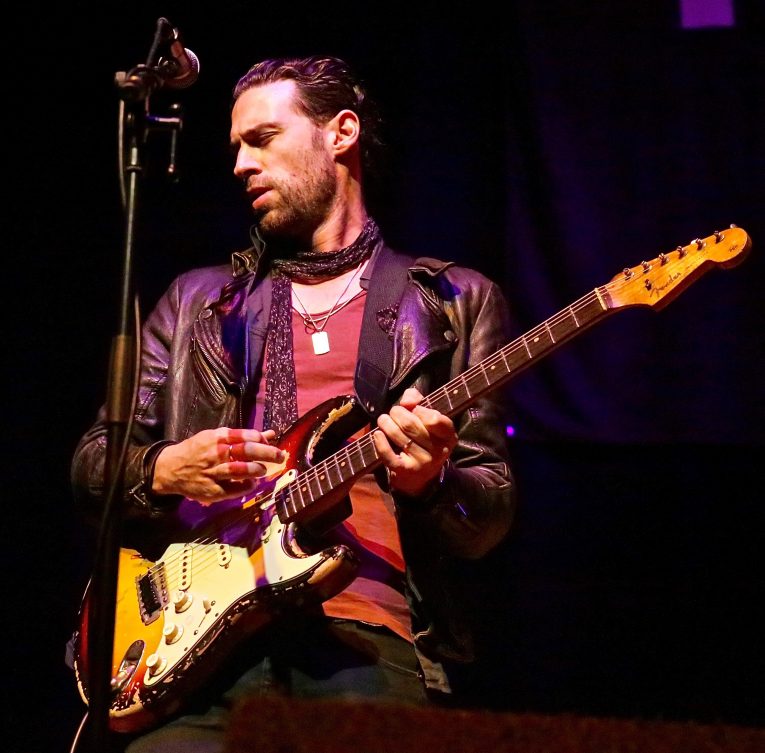 Dan Patlansky, blues-rock guitar virtuoso and singer-songwriter, releases his newest studio album, Perfection Kills, February 2nd, 2018. Patlansky is the king of Strat tone and along with searing guitar work, tone is the name of his game. Soulful rock vocals and interesting songwriting add to Patlansky’s musical offerings. This is one musician you’ll want to keep your eye on throughout 2018.

As the support act for Joe Satriani’s last European Tour, and special guest on Joanne Shaw Taylor’s November 2017 tour, Patlansky knows his way around a guitar, namely for rock with blues roots and overtones. He kicks off a European tour of his own for his ninth album, Perfection Kills, in March 2018. He took time out of his busy schedule to speak to us.

ME: Thank you for taking the time to talk with us today. We are big fans of your music and your stunning guitar playing (that Strat tone!)  Please tell me about your upcoming album, Perfection Kills. How did it come about?

DP: Thank you. I wanted to make an album that matched the sound in my head, which is raw, real and almost live sounding. So, I decided to produce it myself and get my ideas across.

ME: How did you pick the title, Perfection Kills? Does it have special meaning for you?

DP: I thought it was a great title that describes the record very well. I wanted an album that still had the bumps and scraps on it. Sometimes we tend to polish out a lot of the magic in the pursuit of perfection. The truth is perfection doesn’t exist in any art form because there is no yard stick to measure art. An album should be a time capsule of where an artist is at that point of his life and career. Almost no editing was done on the album, and that’s pretty much how it sounded when we recorded it.

ME: What made you return to producing the album yourself?

DP: After years of working with Theo Crous on the last two albums, I learnt so much from him. So, I had a certain sound in my head I wanted to get across so I thought I would use what I learnt from Theo and apply it with my ideas going forward to hopefully realize that sound I’m after. It was great to be back in the producer seat after many years.

ME: What has been most satisfying about putting together this new album? Any challenges?

DP: Always the most satisfying part is hearing the final master for the first time. It’s a rollercoaster ride doing an album and hearing the final product at the end is the most exciting by far. The biggest challenge was trying to hear the album with a producer’s ears and with an artist’s ears at the same time. Sometimes it seemed impossible, but I found stepping back and taking a break from the song and then coming back to it solves that problem quickly. The flaws are very apparent when doing this and are easy to change.

ME: “Judge a Man” is an outstanding blues-rock tune with a great guitar solo in the opening. How did you choose this song for the album?

DP: Every album I’ve ever done has always had one thing in common, which is a traditional style blues on it. The Blues is my roots and first love, and always feel it’s a natural way for me to express myself through. So, “Judge a Man” is that moment on the album. Also, because it’s the only 12 bar blues on the record it makes it special in a sense, which I love.

ME: Who would you say your main guitarist and musical influences are?

ME: You are a virtuoso guitarist. What would you say was the key to become such a master guitar player? Did you live and breathe guitar most of your life? How did you create that Strat tone?

DP: Very kind of you to say. I’m still getting there on the guitar side of things. The guitar is a massive part of my life and has been since I was a kid. I just can’t get enough of it. Tone to me is the most important thing as a guitar player. I would rather hear an average player with a great tone than a great one which a bad tone. I’ve always dedicated a lot of time to tone and draw from my influences SRV etc. There are two players in today’s world that have tone to die for in my opinion and that would be Philip Sayce, and Jesse Davey.

ME: You put on guitar workshops in South Africa. Please tell me about them and what motivates you to offer them?

DP: I’ve done them annually for about 10 years or so. I love hanging out with 30 other people of all levels with one thing in common. The guitar!! It’s very hard to imagine a better way to spend your weekend. I also enjoy sharing what I’ve learnt over the years.

ME: You have a tour coming up in March of 2018. Are you touring the UK only or are there other parts of Europe you’ll be performing in? Do you think you’ll be touring the U.S. at any point?

DP: For March we will be touring UK, Germany and a few in the Middle East, then back to South Africa to tour the album. The U.S. is always in the cards and I’d would love to return some day. So hopefully real soon.

ME: We look forward to that. Thank you for your time.

For more information on Dan Patlansky, his tour and his upcoming album, Perfection Kills: