Review: Alive from Legacy by Shaw Davis & The Black Ties 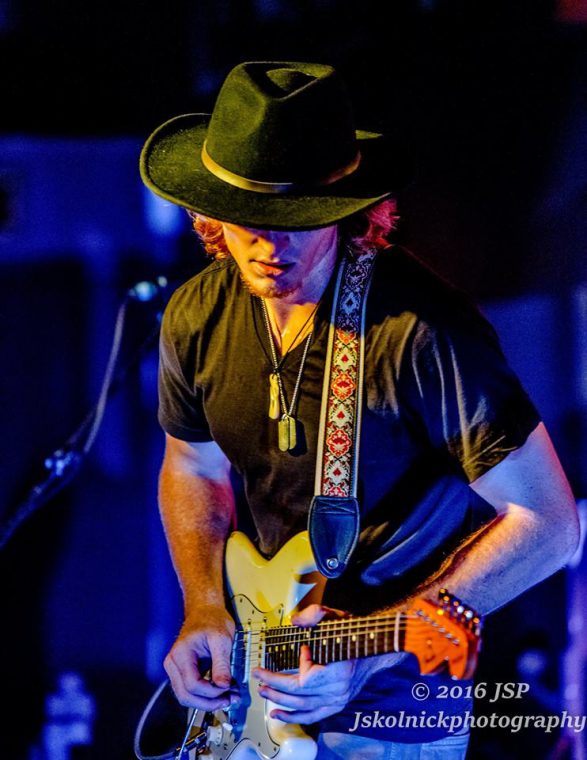 Released in late January 2018, Alive from Legacy is the new three-track record from the contemporary blues-rock powerhouse, Shaw Davis & The Black Ties. And considering the band only recently released its first album in June 2017, the trio is clearly keen to capitalize on the newfound attention brought by their self-titled debut.

As the name suggests, Alive from Legacy is a live-recording, intended to capture the energy of the band’s shows in and around their native Florida – as well as further afield in Pennsylvania and California. The trio is swiftly gaining a reputation for its high-octane covers of Stevie Ray Vaughan, Cream, and many other giants of the blues and rock genres. However, it’s the band’s original songs included on Alive from Legacy that demonstrate what intelligent and technically outstanding musicians Shaw Davis and his crew are.

A frighteningly young guitarist-singer-songwriter, Davis is rapidly carving out a niche of his own with his brand of psychedelic blues rock. Backed by “The Black Ties,” Davis’ outfit comprises long-time friends and collaborators, drummer Bobby Van Stone and bassist Patrick Stevenson. And on lead track “Mama Told Me”, the band demonstrates that they are a tight-knit unit–not simply a frontman and hired hands making up the numbers. The frontman does initially take the lead, launching straight into a screaming solo that bends the mind as much as Davis bends his strings. But while that kind of showmanship may have other backing bands playing wallflower, The Black Ties match Davis for dynamism, precision, and outright fury. It’s like a three-pronged sonic offensive – the guitar pierces, the bass rattles, and the drums batter. For fans of the heavier end of blues rock, it’s a beating your eardrums will gladly take.

With a style drawing from diverse influences like Buddy Guy, Jack White, Jimi Hendrix, Philip Sayce, and Chris Duarte, Davis showcases an impressive writing and guitar-playing eclecticism on “Mama Told Me”. But once he begins belting a familiar blues tale of parental caution going unheeded (“Mama told me you better not drink, but I’ve got another round coming my way”), Davis shows he’s got the voice to match. Full of passion and spirit, Davis’ vocals channel the likes of Kenny Wayne Shepherd to arrive at a tone that’s soulful and tuneful in equal measures.

On second track “Woman Goodbye”, Davis really cuts loose, with an impressive number of wailing solos punctuating the song. And it’s on this track that the musical chemistry between Davis, Van Stone and Stevenson really comes to the fore; as a live recording with no layered instrumentation to hide behind, Davis and the band need to work hard to fill instrumental gaps during the numerous guitar solos. And fill them, they do. Bass player Patrick Stevenson loosens up his right hand, letting the bass notes ring out a little longer than usual. Meanwhile, Van Stone’s drumming also lets fly with splashing cymbals and the odd well-placed roll on the toms. Clearly, these three musicians have an understanding on an almost telepathic level, with each one playing their part perfectly to serve the song.

On “Hell with Ya”, the band offers up more of that potent chemistry. Cymbals fizz and deep bass notes resonate beneath Davis’ red hot fretboard shredding, which is incomprehensibly fast. The sing-along chorus of “to hell with ya, baby” brings a touch of pop sensibility to the release, before a final solo and extended stadium rock outro serves as a reminder that Shaw Davis & The Black Ties are in their element when rocking out as hard as possible. If you have a taste for heavy blues rock, think of Alive from Legacy as a spicy hors d’oeuvre – it will have your palate tingling for Shaw Davis & The Black Ties’ next studio album.

For more information on Shaw Davis & The Black Ties: