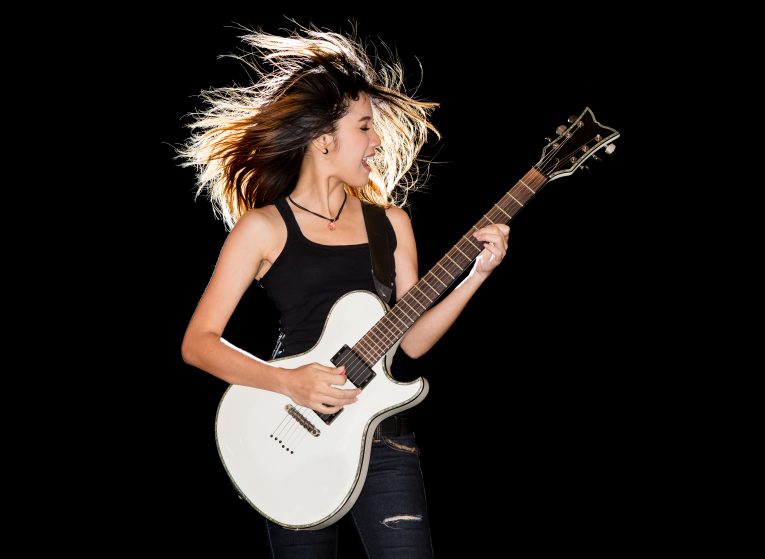 Whether blues-rock, blues-roots or blues combined with other styles, we want to keep you in the know about some of the great current blues artists we’ve had our eye on in 2018. These are some of our top picks for 2018. Others we will include in a future article. We really enjoy sharing great music and bringing some extraordinary talent to your attention.


Grammy nominated, Joe Bonamassa, is an American blues rock guitarist, singer, songwriter, who has released 16 albums on his own label, J&R Adventures. Most have reached #1 on the Billboard Blues Charts. He is regarded as one of the greatest guitarists of our generation. He tours constantly and averages about 100 shows worldwide a year. He also has many side projects, marking him a unique and diverse musician. He is also a member of the rock band, Black Country Communion, and the funky jazz band, Rock Candy Funk Party. He has collaborated with the highly regarded singer, Beth Hart (singer, songwriter, pianist) on three albums. From New Hartford, New York, Joe started playing guitar at age four and he opened for B.B. King when he was 12 years old. Joe Bonamassa’s latest album, British Blues Explosion Live was released in 2018. He is currently on tour in the U.S., the U.K., Canada and Europe.
Website


Joanne Shaw Taylor is a British blues-rock guitarist, singer and songwriter. Dave Stewart from the Eurythmics discovered her at the age of 16. Her first two albums peaked at #8 on the Billboard Top Blues Albums chart. She has released six albums. In 2010, Joanne Shaw Taylor won “Best Female Vocalist” at the British Blues Awards. She won the same award in 2011 plus “Songwriter of the Year Award” for “Same As It Never Was.” She is known as one of the finest blues rock singers and guitarists. She is currently on tour in the UK and Europe. Her last album, Wild, was released in 2016. Having just signed a  record deal with Sony and Silvertone, she will be releasing a new album in 2019.
Website


Thanks to 1AnitrasDance for the video

A blues guitarist, singer, songwriter, Davy Knowles is from the Isle of Man, arriving in the U.S. at the age of 19. He formed the band, Back Door Slam and has appeared on Jimmy Kimmel and Good Morning America. He has four albums with Back Door Slam, three albums as Davy Knowles and Back Door Slam, and three as Davy Knowles. He tours the world regularly and is considered an outstanding guitarist. His latest album was 1932 and he has released a series of “Official Bootleg Compilations”. He is currently on tour in the UK and in the U.S.
Website


Shemekia Copeland is an American singer from Harlem, New York City. At the age of 10 she performed at the Cotton Club. At 16, she began her singing career, opening for her father, Johnny Copeland. Her debut album, Turn Up The Heat was released in 1998, followed by Wicked in 2009 which featured a duet with Ruth Brown. She received three Blues Music Awards for the album. In 2011, at the Chicago Blues Festival, Copeland was given the title, “Queen of the Blues,” the title previously held by Koko Taylor. In 2016, Copeland won the Blues Music Award for “Contemporary Blues Female Artist.” In 2018 she was nominated for “Contemporary Blues Female Artist.” With eight albums to her name, Copeland is releasing a new album, America’s Child, Aug. 3rd, 2018. She is currently on tour in the U.S., and Canada.
Website


Mike Zito is an American guitarist, singer songwriter and producer. He is the co-founder of Royal Southern Brotherhood and was in the band from 2010 to 2014. In 2016, Zito released the acclaimed, Make Blues Not War. He has released nine previous albums and his most recent record is First Class Life, released in 2018. He won “Rock Blues Artist of the Year” 2018 by the Blues Music Awards. He is currently on tour in the U.S., Scandinavia and Europe.
Website


Thanks to datflys for the video

Danielle Nicole is an American blues/soul singer, songwriter and bass player from Kansas City, Missouri. Founding member, lead singer and bass player of the band, Trampled Underfoot, Nicolle went solo in 2015 with her debut album, Wolf Den. Known as one of the great singers of our generation, Nicolle also plays bass and was the first woman to win the Blues Music Award for “Best Instrumentalist, Bass.” Nicole has released three albums and her latest is Cry No More, released in 2018, and peaked at #1 on the Billboard Top Blues Albums chart.
She is currently on tour in the U.S., Canada, and Europe.
Website


Larkin Poe is an American roots rock band from Atlanta, GA, fronted by sisters, Rebecca Lovell (lead vocals, electric and acoustic guitar, mandolin, piano) and Megan Lovell (harmony vocals, lapsteel, dobro). Featuring strong Southern harmonies, heavy electric guitar riffs, and slide guitar, they are often called, “The little sisters of the Allman Brothers.” Both sisters have toured as backing musicians for a variety of bands including Elvis Costello. In 2013, their album, KIN, was released. In 2014 producer, T Bone Burnett asked the sisters to record harmonies and instrumentation on The New Basement Tapes album, alongside Mumford and Sons, Elvis Costello and others. In 2016 they released their second album, Reskinned, and in 2017 released their latest album, Peach.
They are currently on tour in the U.S. and Canada
Website


Hailed as a child prodigy, Eric Gales is an American blues rock guitarist, singer, songwriter. He started playing guitar at the age of four. He is considered one of the top guitar players in the world and plays left handed on a right handed guitar. Sometimes compared to Jimi Hendrix, Gales has recorded 18 albums, including albums with his brothers Eugene and Manuel Gales. He has contributed to many other major recording artists’ albums.
From Greensboro, SC, Gales’ latest album is Middle of the Road, which is his first to hit #4 on the Billboard Top Blues Album chart, and was released in 2017. He is currently on tour in the U.S., Scandinavia, and Europe.
Website


King King is a British blues rock group formed in 2008 by Alan Nimmo (vocals, guitar) and Lindsay Coulson (bass), both formerly of The Nimmo Brothers. In 2018 they won three awards at the U.K. Blues Awards 2018 including “Blues Album of the Year” for their latest album, Exile & Grace. They also won “Blues Songwriter of the Year” and “Blues Band of the Year.” They are known as a very tight blues rock band with insightful , heartfelt lyrics. They have released four studio albums and one live album. They are currently on tour in the U.K., Scandinavia and Europe.
Website


From Greenville, SC, Marcus King is a singer, songwriter and guitarist. King was brought up on the blues, playing as a pre-teen sideman with his father, bluesman, Marvin King. He is 21 years old and is known as a phenom for his outstanding soulful, vocals and guitar playing. The Marcus King Band released their debut album, Soul Insight in 2015 on Warren Haynes’ own record label and it reached #8 on the Billboard Blues Albums Chart. Their second album, The Marcus King Band, was released in 2016 and was produced by Warren Haynes. Marcus King calls his music, “Soul-influenced psychedelic southern rock.” Marcus King Band is currently on tour in the U.S. and Europe.
Website

We hope you have enjoyed our selection. This is by no means a complete list, as there are many other outstanding blues artists. Give us your suggestions for our next article! We want to hear from you. Please comment below.