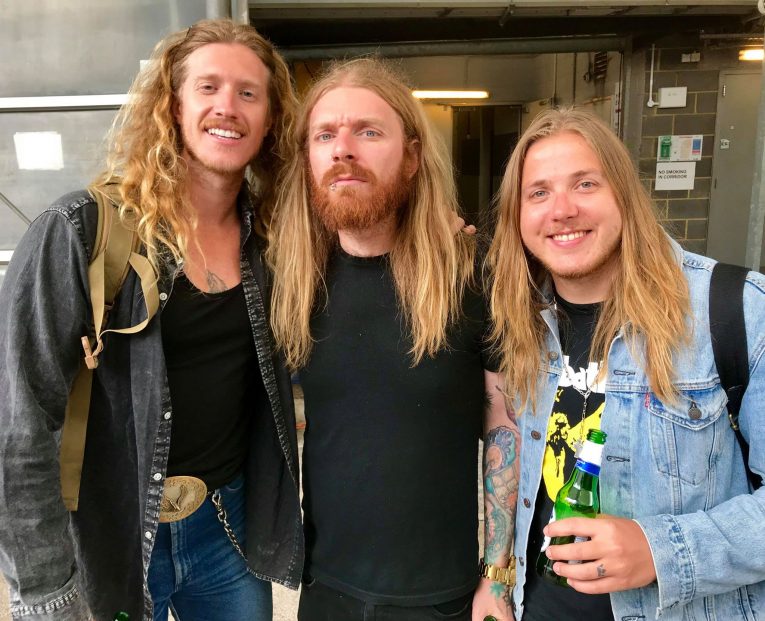 To celebrate the release of the new single, “End of Time” Jared released a new video. Watch below.

Wisconsin born, Los Angeles-based singer-songwriter and guitarist, Jared James Nichols has put a hot, solid stamp on blues-rock with his latest album, Black Magic. The album features 10 tracks, produced and co-written by Tony Perry and Jared James Nichols and released by Listenable Records. All tracks of the album were recorded at The Boneyard in Boston as well as Johnny Depp’s home studio in Los Angeles.

Jared James Nichols is best known for his high energy performances and “pick-less” electric guitar playing. On stage, Nichols truly comes to life. His presence becomes amplified with guitar in hand.  His signature single pickup Epiphone Les Paul Custom, named “Old Glory”,  is his number one guitar. He fronts a powerhouse trio, rooted in the 1970s hard rock vein of Cream and Mountain.

Nichols began sharing the stage with legends including Buddy Guy, “Honeyboy” Edwards, and “Big Jim” Johnson as well as opening for Kenny Wayne Shepherd and Derek Trucks. By his 21st birthday, he had logged over 500 gigs. After a short stint at Berklee School of Music in Boston, he headed out to Los Angeles where he garnered numerous accolades at the world-renowned Musicians Institute, winning the 2010 Jerry Horton guitar contest, the 2011 Les Paul tribute contest, and the 2011 “Outstanding Guitarist” award.

Nichols formed his own trio and released the 2012 EP, Live At the Viper Room. Opening for Kid Rock, Lynyrd Skynryd and ZZ Top in 2014, he embarked on a European tour which resulted in the 2015 full length release of Old Glory & The Wild Revival. After a series of accolades by Music Radar and a feature in a mini-doc series, Nichols toured the US and Europe with Glenn Hughes, Zakk Wylde, Walter Trout, Blue Oyster Cult and more. His second full length album, Black Magic was released in 2018.

Jared James Nichols is currently on tour in the UK and Europe. See tour schedule here.