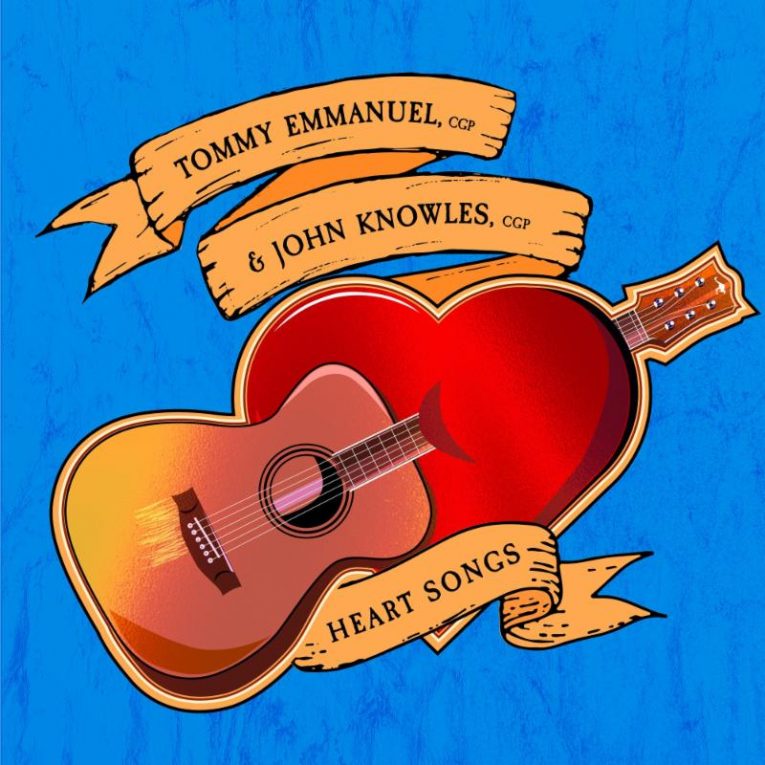 The full-length album spotlights the players’ proficient ability to capture and radiate emotion through their instruments with special arrangements of “Cold, Cold Heart,” the album’s lead-off single written by Hank Williams; “How Deep Is Your Love” written by The Bee Gees; “Lullabye (Goodnight, My Angel)” written by Billy Joel; and “I Can Let Go Now” written by Michael McDonald, among other songs. *See the full   HEART SONGS track listing below.

EMMANUEL, twice voted Best Acoustic Guitarist by readers of Guitar Player magazine and who’s been honored as a Member of the Order of Australia and KNOWLES, a Grammy winner and member of the National Thumb Picker’s Hall of Fame, know how to get to the core of a song and accentuate it’s finest qualities. Says Michael McDonald: “To hear a master like Tommy Emmanuel interpret any song is a joyous and emotional experience to say the least. To hear such a master perform one of your own compositions is the experience of a lifetime. One for which I’ll be forever be grateful.”

The 14-track HEART SONGS, recorded at EastWest Studios in Los Angeles, intertwines thoughtful arrangements of songs from other artists, a classic Broadway musical like West Side Story, their own compositions and live performances.

“A ‘heart song’ is really a love song,” EMMANUEL observes. “Love has many facets–love of family, romantic love. So we started there and then looked for melodies that could be played with heart.” Adds KNOWLES: “And we tried to choose songs that people have heard. So that when they hear them, even though we’re not singing or they may not know all the words, they have a connection to these songs in their own hearts.” 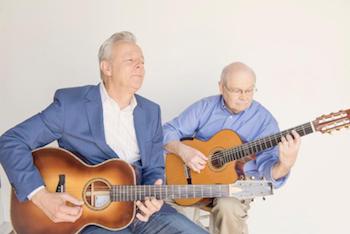 Most importantly, they agreed from the start that HEART SONGS would be about honoring the music rather than using it as a springboard for virtuoso display. From studying vocal interpretations of each song they covered, EMMANUEL embraced a singer’s identity in how he would caress each melody. “It was a wakeup call to not overplay, to be respectful and serve the music properly,” he says. “When you’re being respectful to the melody, you’re also respecting the listener’s previous experience with that song,” KNOWLES points out. “We play into their expectations while at the same time surprising them now and then.”

In support of the album, EMMANUEL and KNOWLES will hit the road together with their first performance slated for January 8 in San Francisco, CA at Herbst Theatre. Additional stops are set for San Diego, New York City, Boston, and Minneapolis, among others, before wrapping in Nashville, on February 26 at the Grand Ole Opry.

Tickets for all shows go on sale November 2.

“How Deep Is Your Love” (written by The Bee Gees)

“I Can’t Stop Loving You” (written by Don Gibson)

“Somewhere” (written by Leonard Bernstein from West Side Story)

“I Can Let Go Now” (written by Michael McDonald)

“After Paris” (written by John Knowles)

“Where Is Love” (written by Lionel Bart for Oliver!)

“He Ain’t Heavy, He’s My Brother” (written by Bobby Russell and Bobby Scott)

“How Deep Is Your Love (Live)”