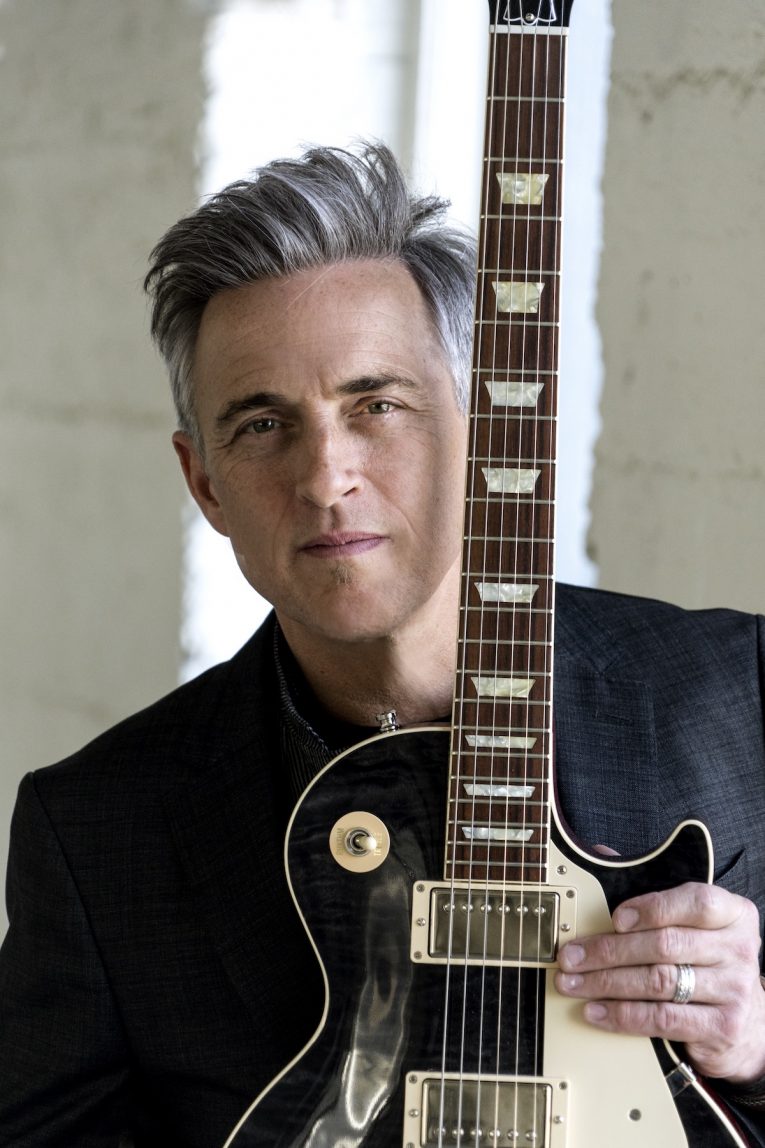 Known as one of Canada’s best blues musicians, Colin James is a rock and blues guitarist and singer-songwriter who has won 20 Maples Blues Awards, six Juno Awards (Best Blues Album 2017) and many others. With 19 albums, his latest is Miles To Go released September 21, 2018 and a sequel to his critically acclaimed 2016’s Blue Highways. It is a continuation of James’ story with a collection of carefully curated songs that were handpicked from some of the greatest blues artists. Miles To Go blends old and new blues songs, some completely reimagined and others perfect homages.

It wasn’t until Blue Highways that Colin James found himself on a blues chart. Blue Highways spent 10 weeks at No. 1 on the Roots Music Reports’ Blues Chart. That album and the new Miles To Go, in which James recorded nine new covers of his favorite artists and two originals, were always meant to be in two installments.

Even though Colin James had played for John Lee Hooker and George Thorogood, it was Stevie Ray Vaughan who gave Colin his first big break. SRV asked Colin to join his tour as a permanent opening act. Colin has also performed alongside such famous artists as Carlos Santana, Albert King, Bonnie Raitt, Lenny Kravitz, Buddy Guy and more.

Martine Ehrenclou: You’ve recently released Miles To Go, the sequel to Blue Highways. Please tell me about the album. I read you always thought of it as a sequel.

Colin James: Well, much like Blue Highways, the whole thing started as a way to go into the studio at the end of a month-long tour and record some influential blues songs from my early days as a blues lover, with a band that been out playing for a while.

ME: How did you go about choosing songs for Miles To Go?

CJ: We tend to over-record for these sessions. I always do that, even on more contemporary sessions over the years. Sometimes, although you might love a song dearly, that’s not a good enough reason to do it. You have to bring something vocally or arrangement /guitar-wise that injects life into it for you while still being respectful of the song.

ME: What was your process of reimagining certain songs on the album?

CJ: You try the songs you like the best and slowly work on them until something either tells you it’s going to be really good or sadly when it’s not! Sometimes everything will be great, but the way your voice sounds in a certain key will be wrong, and that’s that. Re-cut or move on.

ME: You said that the blues has always been a pay-it-forward kind of thing. Is it part of your mission to keep blues music alive?

CJ: I think it is important to know and remember all the amazing depth in the genre. There is always someone you may have overlooked with great songs or a vocal delivery, etc. Technology has made so much available as well.

ME: I read that you introduce new and young audiences to the blues. Tell me about what you find at your shows and about the people who you’ve turned on to the blues and blues greats such as Howlin’ Wolf, Muddy Waters, Blind Willie Johnson and more.

CJ: I try to talk about my heroes during a show, although sometimes I get lost in the moment and say nothing. I guess just by being a player/singer for so many years, particularly in Canada, which just happens as fans have kids and they start coming to your shows because they grew up with you. That’s really the best.

ME: You reacquainted yourself with a red Gibson ES 335 for both albums, just like the guitar you had to sell as a teen to pay your rent. Tell me about reacquainting yourself with this guitar and what transpired.

CJ: Yeah. That guitar was a mainstay for me for around 3 years— my only electric of course at the time as I had no money. I played in a little band called The Hoodoo Men named after the Junior Wells and Buddy Guy record. I opened for John Lee Hooker with that guitar when I was about sixteen and later the next year, opened for George Thorogood on a few shows. It was in a crazy heavy pine box that killed my hand so for that reason, I traded it for a very average Strat!

CJ: I have a very nice Strat collection now. Some have been with me for years and others more recently. I guess I have six now that I really love. One guitar that has been a particular fave over the last few years is my Custom shop Les Paul Goldtop w /P90-s. It’s what I used on “Boogie Funk” on Blue Highways. I love Gibsons in general as they are more forgiving in the high-end department. I use Dan Electros for all of my electric slide playing.

ME: What do you love most about performing live?

CJ: I love how your hands get stronger with every show. You can’t beat that. You also get used to moving about over the years. I usually quite enjoy it.

ME: Which artists/bands are in your playlists now and why?

CJ: Hmmmm. I listen to very disparate things from Chet Baker to Radiohead. I think it’s important to look for music to love. I try and keep that mantra.

ME: You said that blues songs are hard to write and that you have to be careful about how modern you get in your phrasing. Can you elaborate on that?

CJ: I guess it’s the line where it’s not blues anymore. I am fine with that and have put out pop and rock records as well. With these more traditional blues records, I just think you have to make sure the songs don’t snap you out of the moment for the sake of having your own song on it. I value songwriting very much and know how hard it can be. Great songs are great songs and doing a good job of that is of no less value to me than having written it. Look at Billy Holiday for instance. We all have our strengths.

ME: When you write blues songs, how do you go about it? Tell me about your songwriting process.

CJ: Keep it simple and honest!

ME: What’s next for you? Are you starting to write for a new album? If so, please tell me what you are thinking about for it.

CJ: I have started to work on it. Getting some ideas and grooves started. You never really know until you start getting there, but I think the plan generally will be to have original songs and more guitar on the next.

ME: You’re beginning another tour in March of 2019. Will that possibly include the US or Europe?

CJ: I sincerely hope so. I really enjoyed the little English trip I did with Beth Hart as an opener a couple of years ago, and we are starting to get airplay in the US a little more with Blue Highways and Miles to Go gaining a little traction there. Here’s hoping!!!!!!

ME: Thank you for taking the time to talk with us today.

For more information on Colin James and Miles To Go: