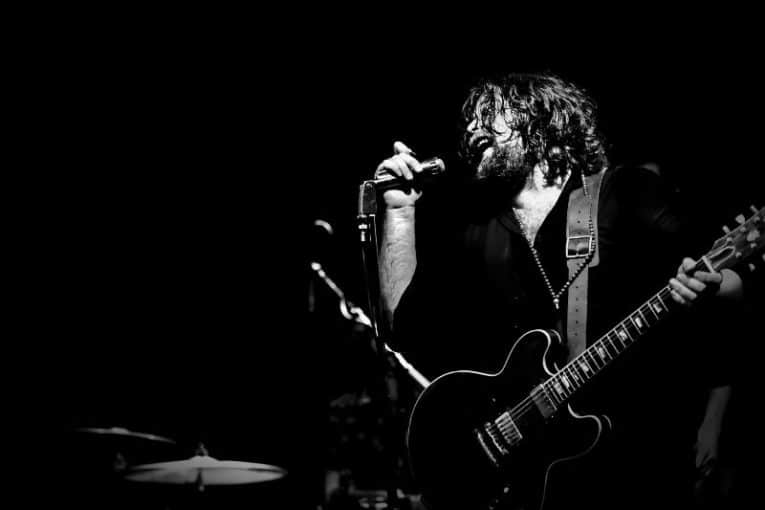 Revered guitarist/vocalist, JD Simo, announces his upcoming, first solo record, OFF AT 11, due out March 1, 2019, as well as a national tour that kicks off on January 22nd before the band leaves for a European tour in support of Tommy Emmanuel.

JD returns to the United States in April to open for the Allman Betts Band on their inaugural tour, with shows announced in New Orleans and Memphis, and more dates TBA. For all dates, JD will be backed by drummer Adam Abrashoff and bassist Andraleia Buch. With his band, SIMO, JD and cohorts have gained a solid fan following from touring and opening for bands such as Blackberry Smoke, The Gregg Allman band, Warren Haynes, Tommy Emmanuel and others.

The Chicago-born, Nashville-based recording artist channels classic sounds from acid rock, traditional blues, folk, soul, to free form jazz, reinvigorating them into a kaleidoscope of sound for a new generation of music lovers. NPR declares, “SIMO sounds as if it comes to us straight from 1968.”

Produced by SIMO in association with co-manager Michael Caplan, OFF AT 11 consists of 8 tracks that are laid out on the record like a musical journey through gifted guitar playing and singing, incredible rhythm section arrangements and lyrics that convey that “all the feels” momentum. One can almost touch the ghosts of the brilliant, wounded masters of the blues who have shaped and guided JD’s art and craft. SIMO’s brand of blues is like the surge of sound from a classic car, say a Chevy V-8. It starts with a roar, then a rumble. Then a low, throaty hum. The explosion of the gas in the cylinders are like emotional triggers – liberating, visceral. Intense.

The recording of this rocking, blues driven, electric tour de force took place over a three day period in the summer of 2018; “Our next summer of love,” says SIMO. Recorded during a brief break in touring, including SIMO’s first shows as a newly cultivated member of Phil Lesh and Friends, he and his band laid down these musically dense and inspiring tracks in a “groovy space” to lay down something authentic, filled with fun and no edits, no tricks.  “Just honesty and a tape machine” he explains. SIMO continues, “There’s an underlying theme of love that permeates the album. Both outward love but also inner and self love. These days, everything is so heavy, but I just want to point out some joy, love and deep passion; in this world, we all share that spirit. OFF AT 11 does that.”

For more information on Off At 11 by JD Simo:
Website