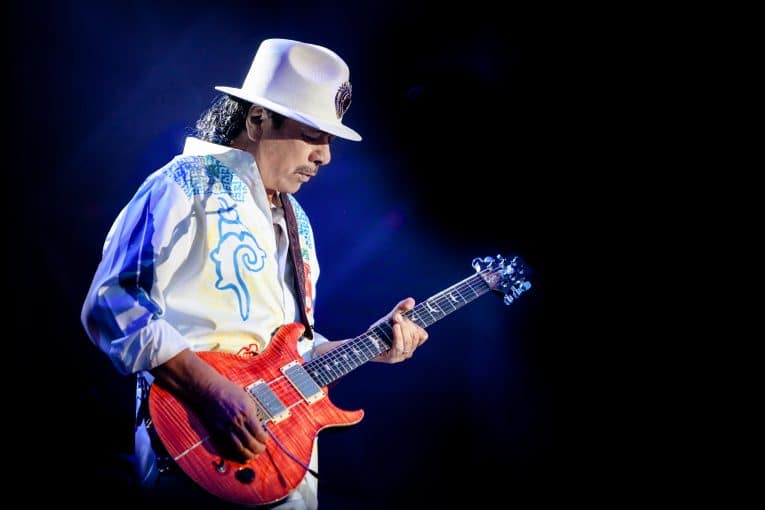 Carlos Santana is a legend of the electric guitar and his signature Latin blues sound has been a constant presence on the global music scene for over 50 years. Santana is also one of the most spiritual, philosophical, and intuitive musicians around and both his music and his spoken words exist on many different levels. On January 25th, 2019, he released a new EP on Concord Records called ‘In Search of Mona Lisa’ that is yet another fine example of how deep into the rabbit hole Carlos goes in pursuit of his inspirations.

The set contains three new songs that try to express the near-mystical experience Santana personally had when he recently set eyes on Leonardo Da Vinci’s mysterious beauty for the first time at the Louvre Museum in Paris. “I heard her say to me, ‘Hi,’ he relates, ‘It was stunning, and I didn’t know what to say back, so I just said, ‘Hi.’ And then she said, ‘Do you remember me? When we were lovers in another time?’ It was the most incredible occurrence, and in a way, it was kind of perfect that I had never been to the Louvre before, because this might not have happened at another time. I had to be who I am now, knowing that God is everywhere and that He was saying, ‘I love you,’ by sending me this message of inspiration and visualization.”

Months later, this experience came crashing back to Carlos Santana when he woke up from a dream with the lyrics for two of the tracks presented here, “In Search of Mona Lisa” and “Do You Remember Me” fully written in his mind. This had never happened to him before and he knew the songs would become significant in his life. Santana tracked the songs with an ultra-talented crew that included producers Rick Rubin and Narada Michael Walden, bass icon Ron Carter, his wife drummer Cindy Blackman Santana, percussionist Karl Perazzo, and singers Andy Vargas and Ray Greene and the sessions yielded some of the most compelling new music Carlos has dropped in a long time.

The opening track, “Do You Remember Me,” is especially impressive because it was captured live in one take. Carlos Santana delivers five minutes of some of the most impassioned guitar playing he’s put to wax since the 70s over a lilting Afro-Cuban groove before the vocals finally hit and the combination is deeply soulful and human in the most beautiful way. “Miles Davis and Bob Dylan always said that the first take is the best, and I have to agree,” Santana says. “You can hear the innocence in the music. That’s a nutrient that’s missing on this planet right now.”

The title track, “In Search of Mona Lisa,” is a minor key Bo Diddley-type pocket that positively cooks. It’s not the kind of feel you’d expect from Santana but it makes perfect sense the first time you hear it. His wah-soaked tones are to die for and he deals out the kind of stinging phrases that make Santana one of the world’s most identifiable guitarists.

“Lovers From Another Time” is the track featuring Ron Carter’s basslines as well as Cindy and Walden both drumming on it. It’s more symphonic and elegant than the other songs on the EP but never stops being 100% Santana underneath.

Overall, In Search of Mona Lisa is a hypnotic and enchanting bit of new music that spiritually documents a profound moment in the life of one of the planet’s finest musicians and offers ample proof that Santana is nowhere close to being finished chasing the muse that’s driven him for so long. That’s good news for all of us.

For more information on In Search of Mona Lisa by Carlos Santana: 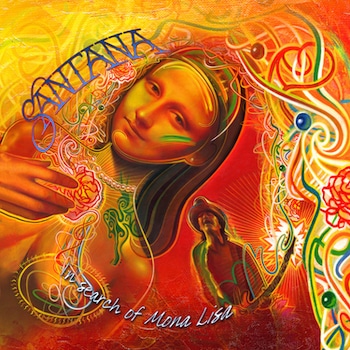