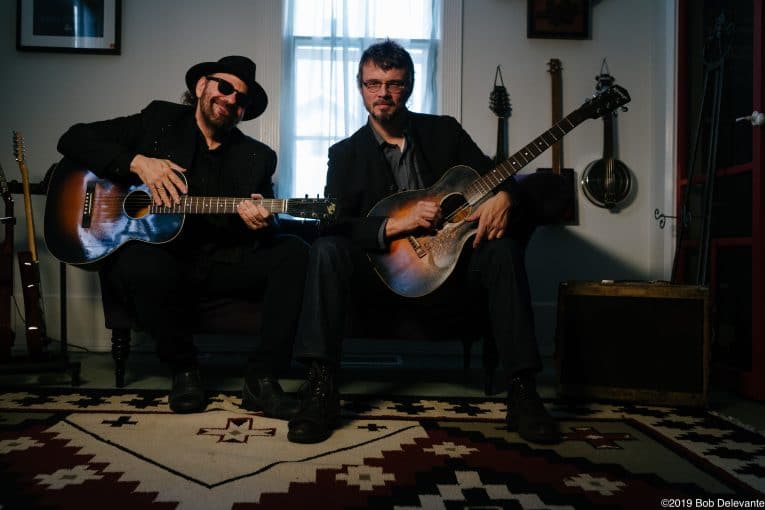 Just in time for Valentine’s Day, Stony Plain records has scheduled a February 8th release for Amour by acclaimed guitarists Colin Linden & Luther Dickinson with The Tennessee Valentines. Dickinson teams up with Linden on this ten track collection of lovingly crafted covers near and dear to the hearts of the players and, likely, plenty of listeners.

Amour is the first collaboration between Colin Linden (Blackie and the Rodeo Kings, ABC-TV show “Nashville)” and Luther Dickinson (North Mississippi Allstars, Black Crowes) and consists of classic love songs from the Americana world. Both Linden and Dickinson are true veterans of roots music, having played with and produced some of the biggest names in the business, while displaying the mantle of countless awards and accolades to reflect that.

Linden and Dickinson recruited guest vocalists for the album featuring the legendary Billy Swan who sings lead on “Lover Please” as well as vocalists Rachel Davis and Ruby Amanfu, Sam Palladio and Jonathan Jackson. Aided by a backing band dubbed ‘The Tennessee Valentines”, Dominic Davis on Bass, Bryan Owings on drums, Kevin McKendree’s keyboards and some sweet violin and accordion from Fats Kaplin, this record of Blues, and Soul-tinged Americana covers has the feel of a labor of love among righteously talented friends.

Opening track “Careless Love” is an instrumental that introduces you to the uncannily meshed guitars of Linden and Dickinson as they ease you into the vibe that’ll carry you through the entire album with those thick, quavering slide notes that walk a tightrope between romantic and mournful. It is fair warning that this album is about love, both the good and the bad of it. So of course, after the opener we have to start with the good; a toe-tapping honky-tonking run at the classic “Don’t Let Go” with locked-in backup vocals from Rachael Davis and Ruby Amanfu, that celebrates the early, heady stages of a love that might turn out to be the real thing. Or not. You never know.

Rachael Davis returns on her own to deliver some lead vocals in the open-hearted “Honest I Do” that sound so sincere and free of pretense they feel practically naked. The same goes for her work on the slow-flowing river of “Careless Love.” You won’t find an extra note of self-indulgent flourish from any of the players as they set the table for her break-your-heart-before-the-first-chorus take on this mournful classic.

Linden and Dickinson’s guitars mesh like shuffled cards on the Country-flavored, slow dance ready “Crazy Arms.” Once again, the players work together to set up some croon-worthy guest vocals, this time delivered by Sam Palladio. The longish instrumental break toward the end feels like slowly waking from a dream. Ruby Amanfu gets her own well-deserved turn at lead vocals on the Kris Kristofferson classic “For The Good Times” and she makes full use of every mournful, open-ended line. She sings directly, whisper-close into the microphone and deep into your heart.

In a collection full of great guest vocal performances, hearing Billy Swawn sing on “Lover Please,” a song he wrote, is a special treat and the band plays accordingly; with intent, joy and a hint of Cajun-flavored bounce. Ruby Amanfu returns to scorch your heart again with her vocals on “What Am I Living For” Her plaintive yearning floats over Dickinson’s and Linden’s enmeshed guitars and a soft sea of thick organ chords that bring you home after too long at sea.

The album, not surprisingly, closes as strong as it opened. Colin Linden contributes both vocals and his deft Dobro touch to the hopeful, back porch salvation blues of “Dearest Darling.” The boys close with the least traditional-sounding interpretation of the bunch on “I Forgot To Remember To Forget.” The tune is awash with eons of echo and in no hurry to get where it’s going, and you won’t be either. Haunting, spare and short, you don’t realize how hypnotized you’ve been by the tune until it fades out and leaves you reaching for the “repeat” button. 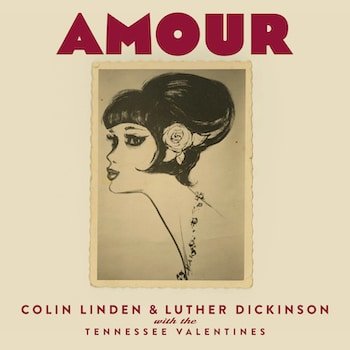