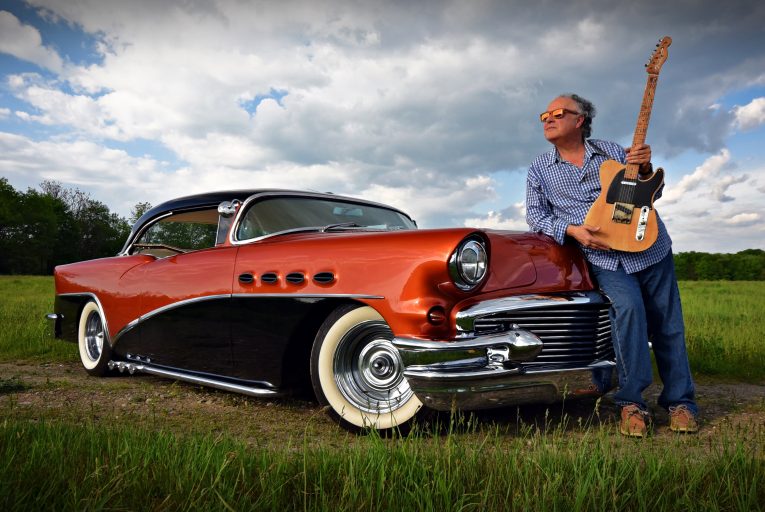 Even if you’re not zeroed in on the Telecaster, there’s plenty of variety on TeleMasters for all music fans. You can’t beat this kind of musicianship, the timeless classics and original songs. TeleMasters offers a fairly broad brush of genres with country and bluegrass, blues, blues-rock and gypsy jazz. The record is made up of mostly instrumentals but there are a few that feature soulful vocals by Jack Pearson, Steve Cropper, Sweet Mikey C. and Arlen’s daughter, Lexie Roth, a highlight vocalist on the album.

“This was such a rewarding experience for me to make,” says Roth about the new album. “I got to do some Telecaster duets with the best of the best when it comes to Tele playing. This album is dedicated to the great ‘Tele Masters’ of the past: Albert Collins, Danny Gatton, Mike Bloomfield, Roy Buchanan, Clarence White, Roy Nichols, Don Rich, Jimmy Bryant, Luther Perkins, Muddy Waters and so many more.”

As a guitar fanatic and amateur Tele player myself, it was daunting to put pen to paper and review an album like this with a collection of guitar masters of this caliber. I mean really, what could I possibly say other than the record is dazzling (it is) and impressive (it is) and I loved listening to it (I did.) And you will too, even if you are not obsessed with guitar playing. The album is jam packed with great songs, not to mention some of the best guitarists in the world.

Right out of the gate, the classic bluegrass, “Remington Ride” is fingerpicking heaven. The track features Arlen Roth on guitar, Steve Wariner on guitar, Cindy Cashdollar on lap steel guitar, Billy Panda on acoustic guitar, Tom MacDonald on bass and Tom Hambridge on drums. The combination of these astounding talents on this joyful jaunt is stunning. If you can, listen to it on a decent stereo or headphones so you catch the surround sound of guitars. Even if you’re not a fan of bluegrass, it’s definitely worth a listen for the outstanding musicianship.

“Key To The Highway” is an equally stunning blues standard by Charles Segar and William Broonzy. Jack Pearson does this song justice with his soulful vocals and both he and Roth slay it on guitar, both trading licks that will send you into the orbit of sonic bliss. Seriously, these are not just masterful musicians but passionate players with tone to die for.

Listen to “Key To The Highway” below:

The tracks on TeleMasters are so outstanding they don’t need review, but perhaps an enthusiastic push to listen to the album and listen to it loud.

The legendary Steve Cropper works his magic with vocals and guitar on “White Lightning” (by Hambridge and Cropper) as does Arlen Roth and Billy Panda on acoustic. Brad Paisley joins Roth on “Bunky” (by Arlen Roth) with some mind blowing fingerpicking, along with Cindy Cashdolllar on lap steel. Whew.

Albert Lee joins Roth on the classic, “Mrs. Robinson” and honestly, I have never heard it performed like this. Chet Atkins’ version is the only one that comes close. You just have to hear this full-bodied rendition with exquisite production and Lee playing his renowned brand of fingerpicking.

There are some soulful, moving tracks on the album including, “Satisfied Mind” with Vince Gill and “Tennessee Waltz” featuring Arlen’s daughter, Lexie Roth who has one of the loveliest voices I’ve heard in a while.

In an album of standouts, “Joe’s Blues,” a tribute to Albert Collins and featuring Joe Bonamassa, Jack Pearson and Arlen Roth, is a standout. With a traditional arrangement of the tune, Bonamassa, Pearson and Roth are equally compelling on this stunning blues number. When you’re trying to describe some of the best guitar players on an instrumental, who isn’t at a loss for words? This song is breathtaking.

The next instrumental is worthy of peak volume through quality speakers or headphones. “Funky Mama,” in tribute to Danny Gatton, features Arlen Roth on guitar, Johnny Hiland on guitar and the same line-up of musicians on drums, bass and acoustic guitar. If you like a bit of twang in your up-tempo blues shuffles, then this is your song. I do and it’s mine. The track is so well produced, and the musicianship is top notch.

A slight departure for the album, “A Minor Thing” by Arlen Roth, featuring Roth and Redd Volkaert on guitars, is a symphony of guitar tones and rhythms, with jazz flavors. One word—beautiful. Another standout instrumental that this time wafted gypsy jazz through my speakers. The guitar solos whisked me away to another world entirely. And just when I thought the song was over a little too soon, along comes a rhythmic up-tempo section with guitar solos that made me fully understand the term “guitar master.”

Guitarists and guitar fans will be beside themselves with the guitar work on this album. People who love great music by real musicians will also revel in the 16 tracks.

Watch a video about the making of TeleMasters here:

For those who aren’t familiar with Arlen Roth, he is considered one of the most influential guitarists of our time. Over his 45 year career, he has toured the world and recorded with such artists as Simon and Garfunkel, Bob Dylan, John Prine, Phoebe Snow, Levon Helm, Ry Cooder, Eric Andersen, Dusty Springfield, Janis Ian, Don Mclean, and many more. His teaching and creation of Hot Licks Video pioneered music and guitar education all over the world. His current online sessions and blogs for Gibson.com have over 1 million viewers.

Arlen Roth’s album, All Tricked Out won four Grammy nominations and his album, Toolin’ Around featured duets with Danny Gatton, Duane Eddy, Brian Setzer, Albert Lee, Jerry Douglas and became a film documentary. Roth is also the founder and CEO of the International Guitar Hall of Fame and Museum.

For more information on TeleMasters and Arlen Roth: 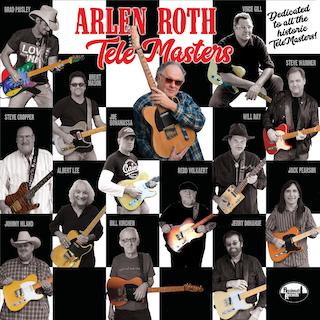