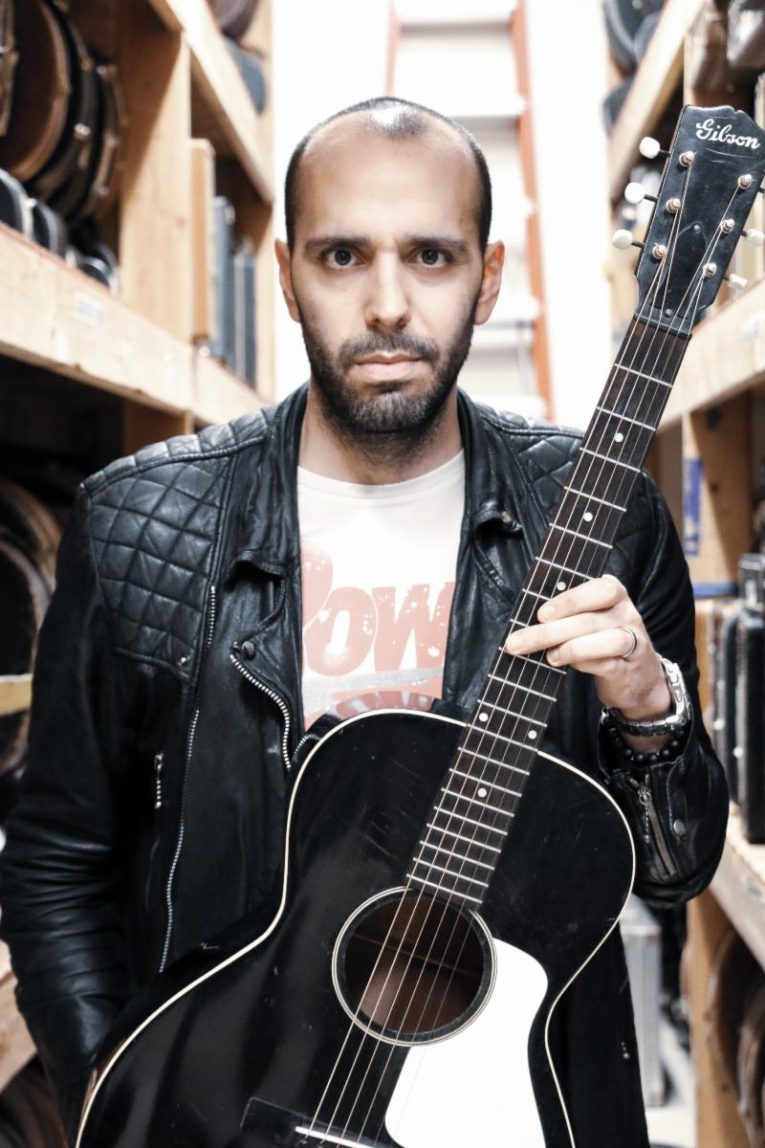 Gibson Brands is pleased to announce the hiring of Mark Agnesi for the newly created position of Director of Brand Experience. In this new role, Mark will take responsibility for re-imagining and implementing creative ways of delivering the Gibson experience to our extended fan base of guitar enthusiasts. Mark, who joins Gibson from Norman’s Rare Guitars, will bring his industry expertise, his authentic style, and his passion for guitars to help Gibson shape the future.

In case you don’t know Mark Agnesi, he has been doing “Guitar of the Day” videos for Norman’s Rare Guitars in the San Fernando Valley, CA for several years and has been the general manager there since 2009. With a degree in music business (2005,) he began a career as a session guitarist in Los Angeles and while on tour Mark would buy and sell guitars to help pay the bills. Mark is considered an expert on several major guitar brands and is an authority on vintage guitars.

Mark will join the Gibson team in their Nashville-based headquarters and will report to Gibson’s Chief Merchant Officer, Cesar Gueikian. He will start at the end of March, 2019.

“I am excited to bring Mark on-board at such a pivotal stage for Gibson,” says Cesar. “He is the perfect fit to help us turn our vision into a reality and I can’t wait to see what Mark will bring to our team, our brands and our business”.

“Joining the most iconic guitar company in the world is the opportunity of a lifetime for me”, exclaims Mark. “I have been playing, finding and selling Gibson guitars all my life, and now I get to join Gibson for real.”

Mark Agnesi was born in Wadsworth, OH in 1982. He began playing guitar at the age of 6, and was in the studio making records by the age of 11. After playing the blues circuit throughout his high school years, he moved to Nashville, TN at age 18 to study Music Business at Belmont University. After graduating in 2005, Mark moved to Los Angeles and began working as a professional touring and session guitarist. While on tour, Mark would buy and sell guitars to help pay the bills. This love of buying and selling landed him the job of General Manager of Norman’s Rare Guitars.

“As we set the stage for the future, we need leaders who balance our iconic legacy with a creative lens on the future . . . and Mark is that guy,” says James ‘JC’ Curleigh, CEO of Gibson.

About Gibson
Gibson Brands, the world’s most iconic guitar brand, has shaped the sounds of generations of musicians and music lovers across genres for more than 100 years. Founded in 1894 and headquartered in Nashville, TN, Gibson Brands has a legacy of world-class craftsmanship, legendary music partnerships and progressive product evolution that is unrivaled among musical instrument companies. The Gibson Brands portfolio includes Gibson, the number one guitar brand, as well as many of the most beloved and recognizable music brands, including Epiphone, Kramer, Steinberger and Gibson Pro Audio division brands Cerwin Vega, KRK Systems and Stanton. Gibson Brands is dedicated to quality, innovation and sound excellence so that music lovers for generations to come will continue to experience music shaped by Gibson Brands.
https://www.gibson.com