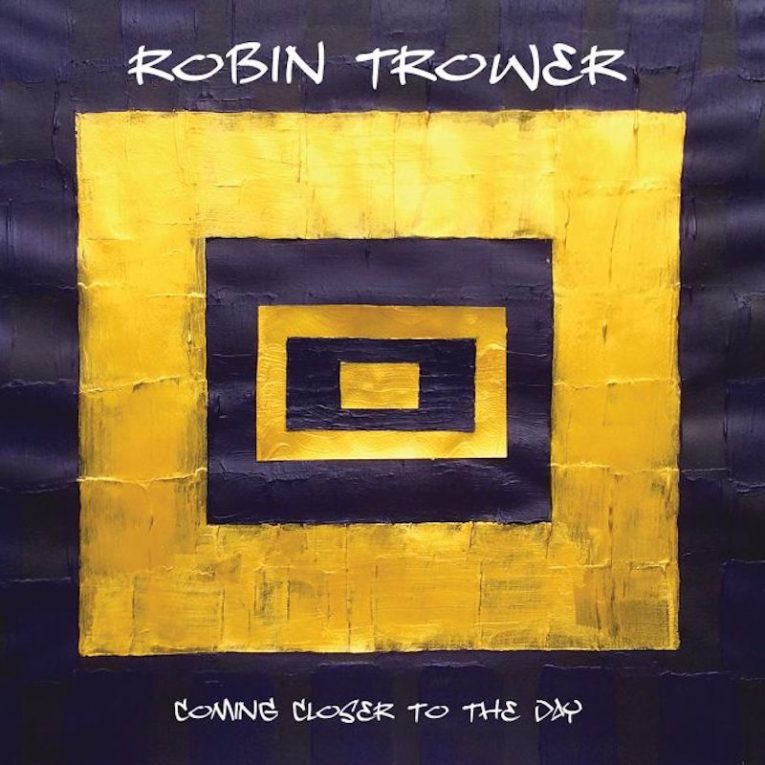 Robin Trower is a well-known name to anyone who has followed the evolution of rock guitar playing since he first came to prominence in the 1970s. He’s always drawn comparisons to Jimi Hendrix and is seen by many as one of the keepers of Jimi’s flame. He’s his own man, however, and his individuality has never been more evident than on his new release Coming Closer To The Day which came out March 22nd, 2019 on the Mascot/Provogue label. It’s a brave record that pays little heed to the modern musical market and instead shows Trower diving deeply into his own art, process, and songwriting to give his fans old and new something genuine to help keep the plastic, modern world at bay.

Coming Closer To The Day has a soulful, contemplative quality to it that sets Trower apart from most of the blues-influenced rock guitarists we normally hear. Trower is secure enough in his own work to eschew the guns-blazing approach most players use as their default setting and focus on his songwriting and phrasing. From the opening moments of the first track “Diving Bell,” Trower builds with time, space, and meaning, delivering a sound equally packed with high-level playing and open air. He never goes full-throttle, merely spraying notes out of the speakers, but employs an exquisite sense of phrasing and tone that holds listeners spellbound. It’s the kind of sensibility that fits an artist in the later part of his career and teaches a lesson many up-and-comers could stand to learn.

The title song, “Coming Closer To The Day,” is cryptic and existential and could be interpreted as musings on mortality and the passage of time. His lyrical aside telling listeners to “stop counting every step and be free” carries considerable weight and feels like advice from someone looking back at the lion’s share of his own life. The whole record has that sort of vibe. The songs are all slow to mid-tempo environments that draw attention to Trower’s lyrics and gorgeous Strat/Marshall/Univibe guitar tones. It’s like he’s trying to lay himself emotionally bare to give us the essence of who he is, leaving the show-biz window dressing to lesser musicians.

Trower played everything except the drums on Coming Closer To The Day and that gives these songs a larger portion of his vision. His bass playing is especially impressive for the way it supports everything else on top of it with a strong, supple energy. His vocals alternate between gruff and smooth and Trower sounds more comfortable at the mic than ever. All vibes aside, Trower doesn’t at all sound like an artist nearing the end of his run but like someone who still loves making this music and will continue to do so indefinitely.

The album finishes with “Take Me With You,” a track that deals with all that Trower has yet to see and do and exhorts those listening to take him along on their journeys to those places. The lyrics show us the side of Trower that is still looking to the future, still charting new courses to follow, and isn’t going gently into any sort of final bow. It maintains the meditative feel of the previous cuts but shows fans that care enough to listen to the end that Robin’s gig is far from over.

Coming Closer To The Day is a fine and engaging new work from an artist who’s been showing us his soul for decades and still isn’t finished. Trower’s tone, attitude, and intention are as strong as ever and he comes off like a player who has much yet to say. He never sounds worn out or half-hearted and this set gives us all hope that Trower just might have a few more albums in him yet to make.

For more information on Robin Trower and Coming Closer To the Day: