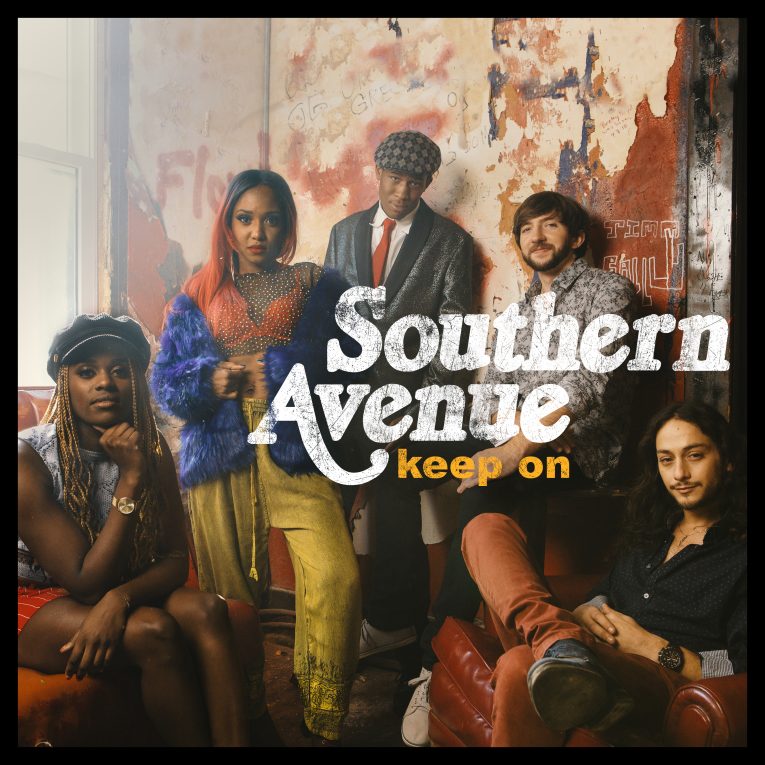 WITH THEIR SECOND ALBUM, KEEP ON

On their self-titled 2017 debut album, the boundary-breaking Memphis combo Southern Avenue sparked a one-band musical revolution, embodying an effortlessly organic soul/blues/R&B fusion that reflects the band members’ diverse roots as well as their deep commitment to their chosen style. On their second album, Keep On, set for release on May 10, 2019 via Concord Records, the dynamic outfit expands its gritty vision to embrace new musical challenges and a more expansive creative vision.

Southern Avenue combines the talents of a prodigiously talented set of young musicians who bring their individual backgrounds and wide-ranging musical interests to the table, carrying the Southern soul legacy into the 21st Century while showcasing the powerful chemistry and electrifying live show that they’ve honed through extensive stage and studio experience. Since their first release, they’ve played in more than a dozen countries, wowing audiences at such festivals as Bonnaroo, Firefly, Electric Forest and Lockn’.

Keep On brilliantly captures Southern Avenue’s combustible chemistry, with the emotion-charged energy of such distinctive originals as “Whiskey Love,” “Savior,” “Too Good for You,” and ”We Are Not So Different” reflecting the players’ evolving talents as well as the influence of the extensive roadwork that they’ve invested in the band. The album was recorded with producer Johnny Black (Jessie J, Daughtry, Estelle) at Memphis’ legendary Sam Phillips Recording, and includes guest appearances by seminal Stax Records artist William Bell, noted Memphis musician Gage Markey (who serves as guest bassist on most of the album) and a horn section comprised of Art Edmaiston (JJ Grey & Mofro, Gregg Allman) and Marc Franklin (The Bo-Keys, Gregg Allman).

Grammy Award-winner Bell, a formative figure in the development of Southern soul, was impressed by the band’s talents. “In terms of new artists with the talent to become the stars of the future, you need to look no further than Southern Avenue,” he said.

The critics have been similarly impressed. “Southern Avenue’s modern sound melds gospel-infused R&B with a rootsy rock feel,” noted Mix. Relix praised “a deeply soulful Memphis band that’s turning the scene on its head,” while Goldmine called their music “a frothy Memphis soul stew fit to twitch your body to in ways you didn’t think you could.” The Chicago Reader dubbed their first album “a boiling retro-soul primer,” adding, “Tierinii has a riveting stage presence. They do the Stax legacy proud.”

Their efforts were further acknowledged by fans and peers in 2018, when their debut was honored with a Blues Music Award for “Best Emerging Artist Album.”

“What makes it Southern Avenue,” Tierinii states, “is that when we come together, the music we make together is music we could never come up with individually. It’s really rewarding to have so many influences in the band, and that we can find the balance between them.”

The seeds for Southern Avenue’s birth were first planted when Naftaly, who’d grown up in Israel with a deep-rooted passion for American soul, blues and funk, came to Memphis in 2013 to compete in the prestigious International Blues Challenge. Although his talents were embraced by American audiences, he felt constrained in his own band, and wanted to embrace a more expansive musical vision. That opportunity arrived when he met Tierinii Jackson, who’d gotten her start singing in church before performing in a series of cover bands and theatrical projects.

Southern Avenue on the web: