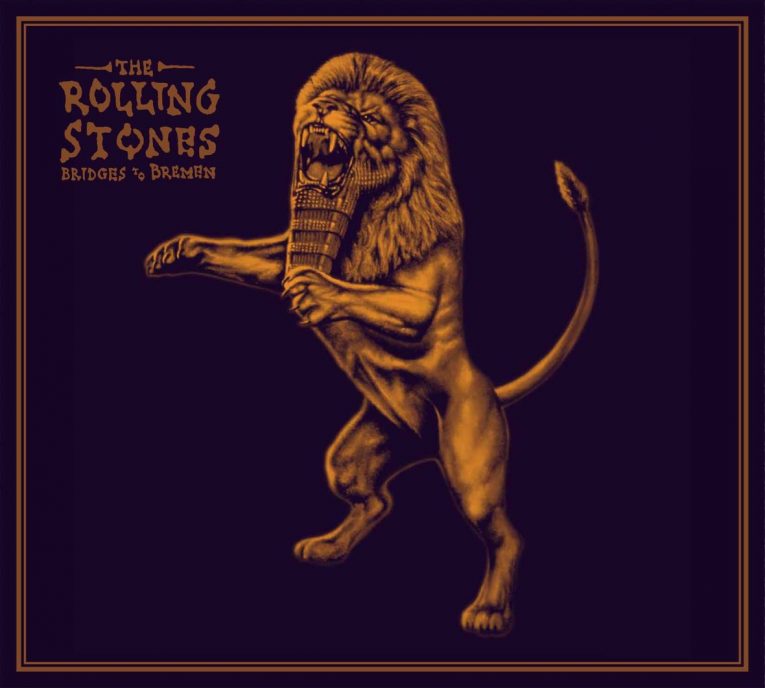 THE ROLLING STONES – BRIDGES TO BREMEN

Bridges To Bremen was announced today by The Rolling Stones for release on June 21st. Presented by Eagle Vision, the previously unreleased concert film has been completely restored, remixed and remastered and will be available on digital, DVD + 2CD, Blu-ray + 2CD, triple vinyl and digital audio.

Bridges to Bremen captures a complete show from the final leg of the Rolling Stones year-long tour in support of their Bridges to Babylon album, which achieved Platinum and Gold status in multiple markets upon the album’s original release in 1997. (pre-order here)

Ever the innovators, The Bridges To Babylon Tour was one of firsts – the first time the band went on the road with a permanent, and now infamous, B-stage, and also the first time that fans could vote on the band’s website for a track they wanted to hear at the show – “Memory Motel” in the case of the Bremen fans, making each show on the tour unique.

Opening with “Satisfaction”, a snake-hipped Jagger, sporting a bright yellow shirt & scarf, is a streak of canary-colored lightning, while Keith prowls the stage in a tiger print duster coat. Lisa Fisher accompanies Jagger on vocals for a storming version of “Gimme Shelter”, and Bridges single “Saint of Me” receives a rousing welcome. By Stones standards, Bremen was an intimate show, a 40,000 fan-strong hot ticket, for which the band enthusiastically kicked out 155 minutes of unadulterated rock ‘n’ roll.

This concert film has been meticulously restored from the original masters, and the audio remixed and remastered from the live multitrack recordings. Four tracks from the band’s Soldier Field performances in Chicago are included as bonus features on all physical visual formats.

The release of Bridges To Bremen comes at a busy time for the band – Honk, a brand new Best Of compilation featuring 36 essential Stones tracks from 1971 to 2016’s Blue & Lonesome (with the deluxe also featuring 10 live tracks recorded at stadiums around the world) is released on April 19th by Polydor (See details here) 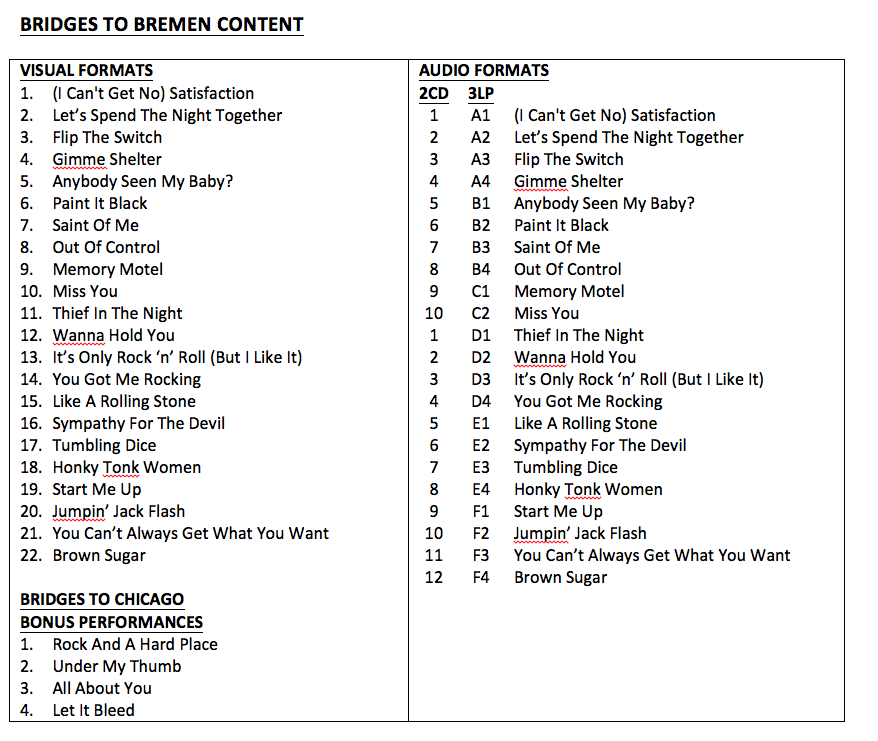