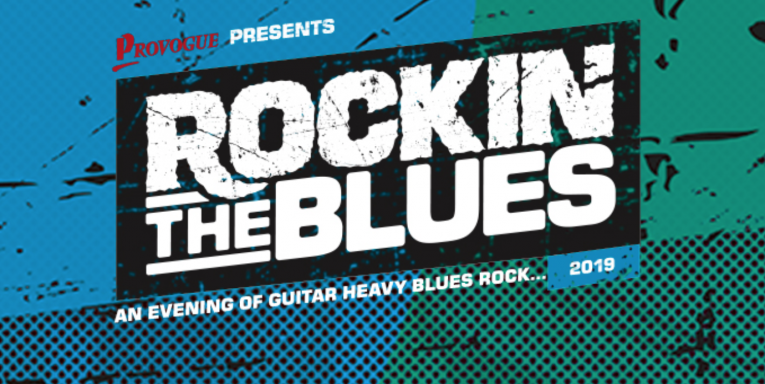 Following a hugely successful 2018 tour, the Mascot Label Group/Provogue ROCKIN’ THE BLUES tourreturns in 2019 with an incredible line-up featuring blues-rock royalty Walter Trout, the platinum selling international star Jonny Lang and the fast-rising blues-rock hero Kris Barras. The tour will be calling through Germany, France, The Netherlands and the UK and will see them all come together for a final jam at the end of each night.

To add to the show experience there will be the opportunity to exclusively hear upcoming unreleased Mascot Label Group releases on a listening stand with high end headphones provided by Bowers & Wilkins. There will be an extensive merchandise area with great deals that aren’t available in stores, on selections of Mascot back catalogue.

Only a few days until the first show! Tickets here

At only 37 years old Jonny Lang has already had a successful career for two decades. He released his first platinum record at 15—an age when many young people are just beginning to play music. Lang has built a reputation as one of the best live performers of his generation and has shared the stage with The Rolling Stones, B.B. King, Aerosmith and Buddy Guy, who he continues to tour with today.

Walter Trout is the beating heart of the modern blues rock scene. Respected by the old guard. Revered by the young guns. Adored by the fans who shake his hand after the show each night. After five decades in the game – from John Mayall & The Bluesbreakers, Canned Heat and beyond – Trout is a talismanic figure and the glue that bonds the blues community together.

Former MMA/Cage-fighter turned musician Kris Barras is having a phenomenal rise in 2018. In March he released ‘The Divine And Dirty’, played sold out dates on his headline tours in March and September, he supported Beth Hart on her April/May tour and joined Supersonic Blues Machine as the band’s principle singer/guitarist. 2018 belongs to Kris Barras and armed with this kind of passion and dedication, The Kris Barras Band are coming out swinging. Stand back – rock has a new hero.