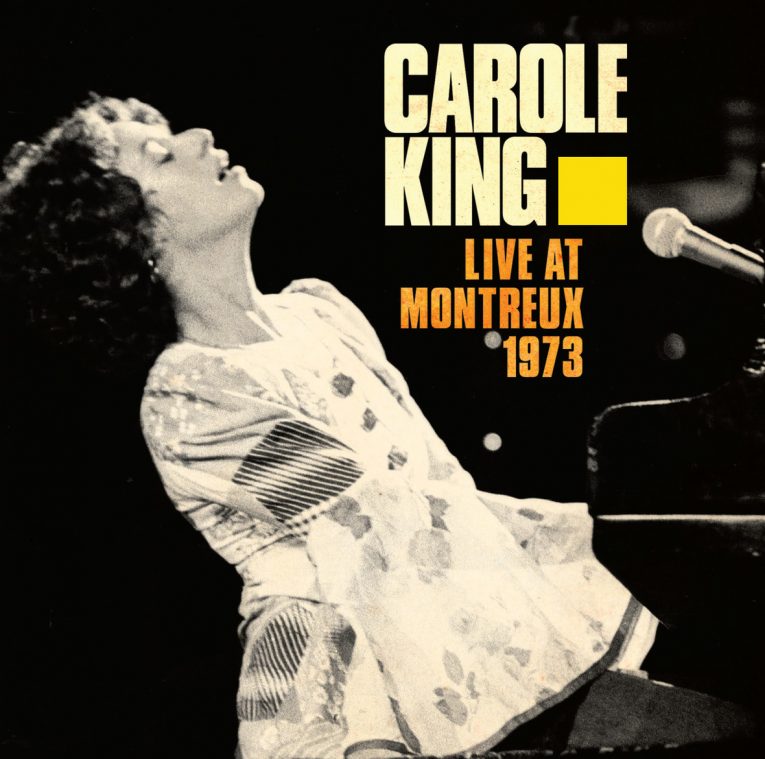 New York, NY (May 28, 2019)—Eagle Vision today announced details of this never-before-seen concert film which celebrates Carole King’s landmark first show outside of the United States. Performed live at the Montreux Pavillon in 1973 as part of the world-famous Montreux Jazz Festival, the set features hits from the albums Tapestry, Fantasy, and Writer.

Live at Montreux 1973 finds Carole King at a fascinating crossroads. It took place two years after she altered the course of pop history with Tapestry, and one month after she issued the album, Fantasy, which demonstrated her determination to move her music boldly forward.

The early segment of the concert exudes the intimacy that made Tapestry a personal touchstone to millions. “Usually I don’t get to see my audiences,” Carole King beams, while addressing a crowd cozy enough to sit cross-legged on the floor before her. “Tonight, I’m seeing you.” Six weeks before Montreux, King headlined a free concert in New York’s Central Park that drew a whopping 100,000 fans. The early part of the Swiss concert gave her the chance to regain a closer relationship with her fans, while performing classics like “Home Again”, “Beautiful”, and “I Feel the Earth Move” alone at the piano. That kind of one-person set-up was a hallmark of the musical revolution King helped herald in the early ‘70s – namely, the singer-songwriter movement.

The camera work echoes the sincerity of the music, with close-ups and tight-shots capturing King’s fine, and playful, piano work as well as her easy relationship as a singer with the microphone. Everything about the presentation and performance signals authenticity, from her scant make-up and peasant blouse to the sisterly imperfections in her voice.

Five numbers into the show, Carole King brings on stage an eleven-person band, including six horn and woodwind players. Together, they perform nearly every track from Fantasy, whose material was, at the time, untested. To up the stakes, almost everything about the new music broke with King’s past. This was her first attempt at a song cycle, a format which purposely blurs the songs into an unbroken piece, starting and ending with two distinct versions of the title track. Following the Fantasy theme, the words to the songs found King inhabiting characters, rather than necessarily speaking for herself. In terms of the music, not only was she presenting a wildly new sound, she was offering one that helped inaugurate a major trend in the ‘70s for which King has never been given proper credit. Songs like “Believe in Humanity” and “You’ve Been Around Too Long”, helped kick-start the smooth jazz movement.

King’s band at Montreux featured top players connected to that scene, including percussionist Bobbye Hall, horn man George Bohanon, and Tom Scott on sax and flute. As a pianist, King more than rose to the milieu’s high standards. Even the solo ballads, displayed a new jazziness in her piano work, suited to a festival which, at the time, still favored music from that world over the pan-genre approach it promotes today.

For a capper to the show, King performed two more songs alone – “You’ve Got A Friend” and “Natural Woman”. The title of the latter nails King’s character, whether in the unadorned numbers she performs from the past, or the ones with the band which show her looking to the future.

About Carole King
Carole King is one of most successful songwriters of the 20th Century, having won 10 Grammy Awards and selling over 75 million records. King is arguably the most celebrated and iconic singer/songwriter of all time. 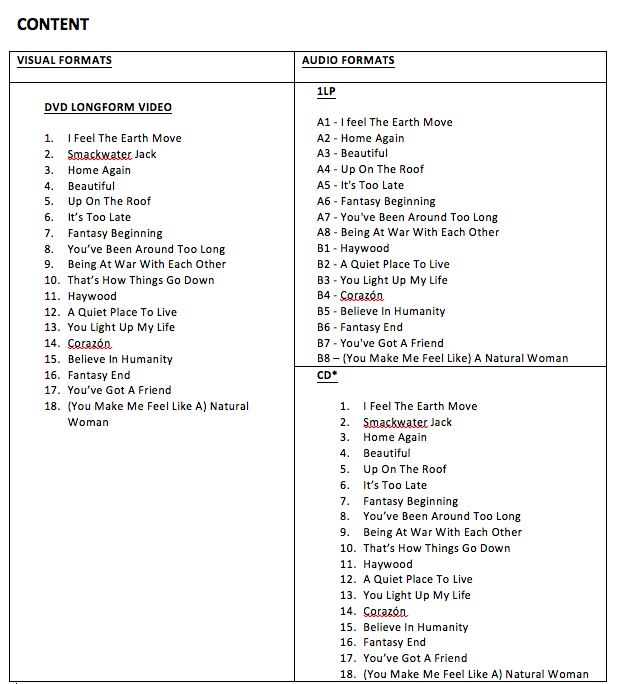