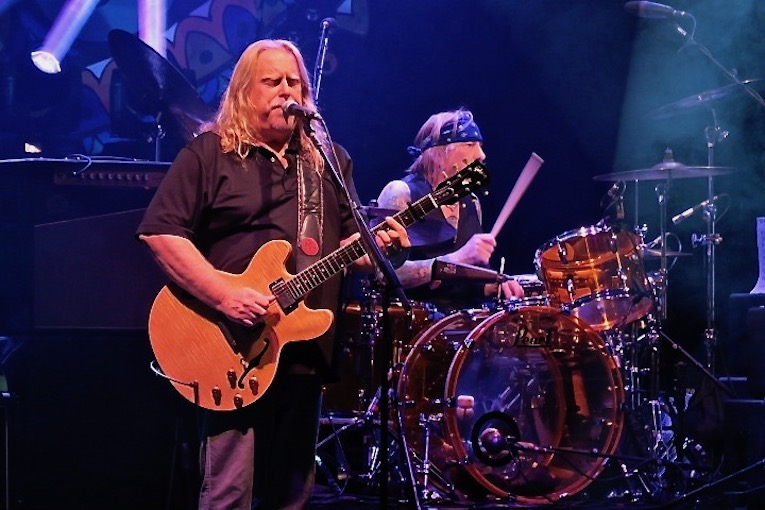 Govt’ Mule releases “Mr. Man” video from their upcoming album, Bring On the Music: Live at the Capitol Theater, out June 28, 2019 via Mascot/Provogue Records.

Bring On the Music: Live at the Capitol Theater was recorded during two days in April 2018 at the famed Port Chester, NY venue. The 9-camera video shoot was directed by renowned music photographer and director, Danny Clinch.

Gov’t Mule is made up of Warren Haynes (vocals, guitar), Matt Abts (drums), Danny Louis (keyboards, guitar, backing vocals) and Jorgen Carlsson (bass). Known for their improvisation and virtuoso musicianship, Gov’t Mule is known as one of the top bands in the world. Steeped in the roots of rock, blues, soul, and jazz, Gov’t Mule is also recognized for meaningful songwriting and storytelling.

With their twenty-fifth anniversary on the horizon, Warren Haynes realized that the band’s live performances had to be documented. The result is Bring on the Music:Live at the Capitol Theater, a live album and concert film, directed by Clinch, that also includes interviews and documentary-style footage. The album will be available June 28 on vinyl, digitally and two-CD set and the film will be available as a part of a two-CD/DVD package and on Blu-Ray July 19.

Gov’t Mule will be holding an exclusive first screening of their DVD June 19 at The Landmark Theater in New York City. The event will be an abbreviated version of the film, followed by an interview with Warren Haynes and Danny Clinch by Anthony DeCurtis.