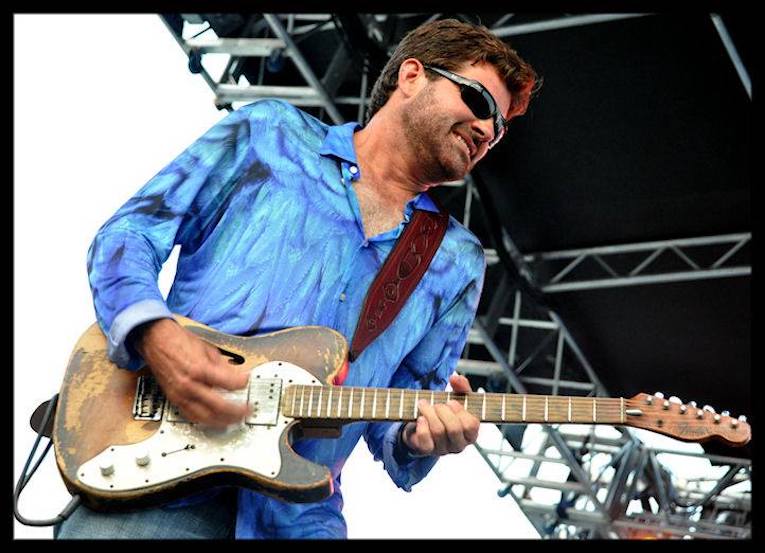 Renowned guitarist Tab Benoit will serve as Honorary Chair of the 40th Annual Natchitoches-NSU Folk Festival, taking place Friday, July 26 and Saturday, July 27 in Prather Coliseum on the Northwestern State University campus.  In addition to serving as Chair, Benoit will be inducted into the Louisiana Folklife Center Hall of Master Folk Artists and Headline the Main Stage on Saturday, July 27.

“It is our honor to recognize Tab Benoit as an incredibly exciting musician, whose distinctive sound captures the vibrancy of Louisiana’s traditional culture,” says Dr. Shane Rasmussen, Director of the festival and NSU’s Louisiana Folklife Center.  “This year’s festival theme — Vive la Louisiane! — is a celebration of how folk tradition is alive and well in Louisiana.  It’s fitting that this year we should honor a musician of Tab Benoit’s stature, as he has inspired so many others to follow in his steps.”

Benoit will appear at the Welcome Ceremony on Saturday, July 27 at 11am, when he and fellow members of the 2019 Louisiana Folklife Hall of Master Folk Artists Class will be inducted.  Benoit will appear in two narrative sessions at the Festival.  In the first, “Tab Benoit: A Man and his Guitar,” the Louisiana Music Hall of Famer and Grammy nominee will join fellow blues musician and Master Folk Artist Ed Huey to discuss experiences performing his distinctive Louisiana style blues around the world.  In the second session, Benoit will discuss his environmental efforts with the Voice of the Wetlands Foundation.

The family-oriented festival is wheelchair accessible.  Children 12 and under are admitted free of charge.  For a full schedule of events, to purchase tickets, or for more information, call (318) 357-4332, send an email to folklife@nsula.edu, or visit  www.louisianafolklife.nsula.edu

Benoit returns to The House of Blues in New Orleans for a special performance, as part of his year-long Whiskey Bayou Revue Tour, on Saturday June 28, 8pm Opening for Benoit is Eric Johanson. For more info and tickets http://www.houseofblues.com/neworleans

For information on Tab Benoit: