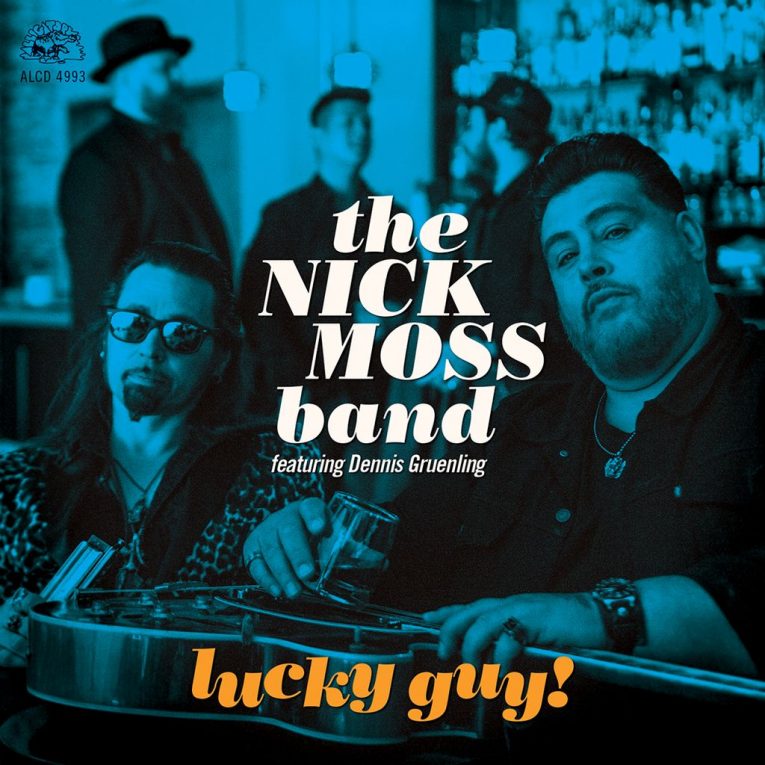 Lucky Guy!—produced by Kid Andersen (guitarist for Rick Estrin & The Nightcats) and Moss and recorded at Andersen’s Greaseland Studio in San Jose, California—is a foot-stomping showcase featuring the classic Chicago blues sound the band is known for. But, as Moss himself notes, there are also “a few other flavors,” including Louisiana swamp pop, West Coast blues, New Orleans funk, and even some proto-rock and roll. All but one of the 14 songs are originals, with 11 by Moss and two by Gruenling. The band delivers each one with uncompromising skill and authority. Start to finish, Lucky Guy! is a joyous, sonic blast of pure blues power.

Although Moss and Gruenling had known each other for 20 years and had jammed together often, it wasn’t until 2016 that they decided to team up full time. Moss’ expressive and expansive blues guitar playing flawlessly meshes with Gruenling’s monster harmonica chops. On stage, the two communicate seemingly telepathically, as Moss lays down the deepest blues licks and Gruenling’s harmonica wails and howls in perfect response, with Moss’ top-notch band completing the ensemble with their energy and expertise.

With Lucky Guy! and upcoming North American and European tours in the works, The Nick Moss Band Featuring Dennis Gruenling will prove it’s not luck but talent that earns them standing ovations night after night as they barnstorm clubs, concert halls, roadhouses and festival stages. “When the band and I get on stage,” says Moss, “the music takes over. We can’t hold back and the energy just comes pouring out. We get carried away and the audience gets carried away with us.”