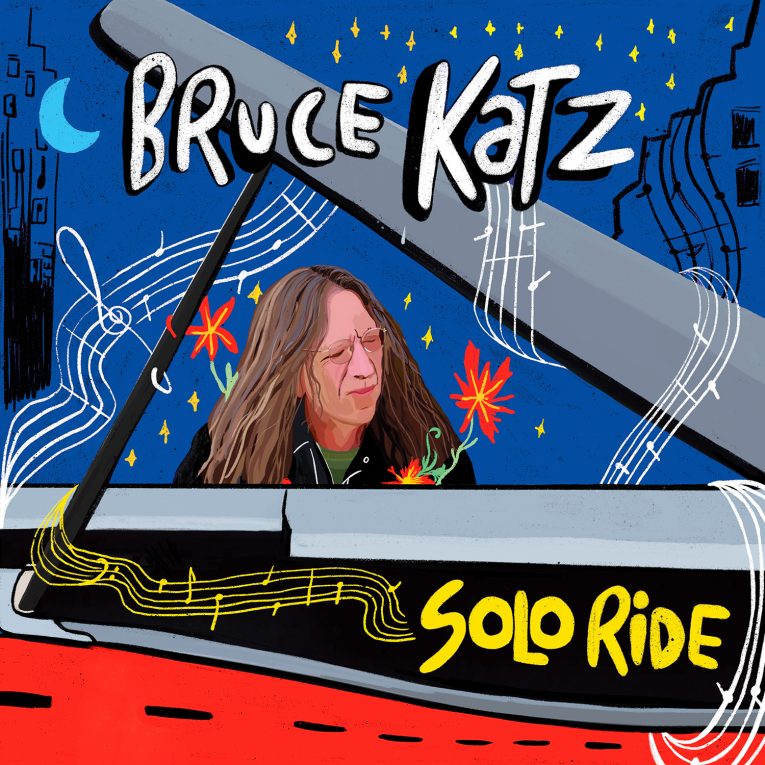 Out August 16, 2019 on American Showplace Music

“This man is as good as it gets. One of the greatest keyboard artists I’ve ever heard.” —John Hammond
“Katz cooks up a brilliant marriage of blues, jazz, gospel and soul.” – Jazz Times

On the heels of winning the 2019 Blues Music Award for “Best Acoustic Album” this past May at The Annual Blues Foundation Awards in Memphis, Bruce Katz releases his solo acoustic piano album, Solo Ride on August 16, 2019 through American Showplace Music. This marks his tenth album to date. The album was produced by Katz with label owner Ben Elliott. Katz’s manager and agent Legare Robertson co-produced it.

Solo Ride is Katz’s only solo release after thirty years of composing, touring and playing. It captures the emotion and intensity of his music. It contains all instrumentals from top to bottom, drawing from his vast background of stylings from jazz to blues to classical, gospel and country.

Solo Ride puts Bruce Katz and a grand piano in a world class studio and sounds as rich and dynamic as any of the recordings he has done with full bands.

Eleven of the twelve tracks on the album are original Bruce Katz tunes and exhibit not only his virtuosic playing but also showcase his eclectic and compelling compositions.  These range from barrelhouse Boogie-Woogie to classic ‘30s/ ‘40s style jazz to gospel influenced and New Orleans influenced tunes and even a “country” waltz, all with the little details and surprising “twists” that set Bruce’s writing and playing apart from the ordinary.

“After years of working with the top names here’s Bruce Katz combining his vast knowledge of the legendary piano blues masters with his unique sensibility and styling. No one else brings this kind of passion to their piano playing.  Bruce is so talented he can EVEN play the piano with both hands… and at the same time!” – Ben Elliott, American Showplace Music, engineer/label owner

Solo Ride has a rolling New Orleans number, aptly called “Crescent Crawl”, that favors the late Dr. John or Allen Toussaint; Bruce cruises the 88 keys, as he takes you to street level in the French Quarter walking with the locals.

“My new album, Solo Ride is unusual and a little unique, I think. It is a purely solo acoustic piano album, no vocals and all original tunes of mine except one cover.  It has Blues elements, to be sure, but also jazz (as in 1930s/40s style stride piano), there’s a country waltz, there’s a modern-day hymn, there’s a Ramsey Lewis style boogaloo.  And yes, Boogie-Woogie/New Orleans and blues as well,” Bruce explains.

Born in Brooklyn, NY, Bruce began playing at age 5, and after hearing a Bessie Smith album he dedicated himself to his talent and passion for Blues and Jazz. Bruce attended Berklee College of Music in the mid-1970s studying Composition and Performance. After he spent years on the road with one band or another, Bruce entered the New England Conservatory of Music in Boston where he earned a master’s degree in Jazz Performance in the early 1990s. Later he returned to his alma mater, Berklee College of Music in Boston where he spent 14 years as an Associate Professor teaching composition, piano, Hammond B-3, and blues music history. During that time at Berklee he continued to perform and tour with many well-known artists like Ronnie Earl, Duke Robillard and Gregg Allman. He has resided in the Woodstock, NY area since 2005.

Bruce has been an in-demand sideman as well as the leader of The Bruce Katz Band for over 20 years.  He has played and recorded with many of the leading names in blues and roots music, appearing on over 70 albums with artists such as Ronnie Earl, John Hammond, Delbert McClinton, Gregg Allman, Duke Robillard, Joe Louis Walker, Little Milton, Maria Muldaur, Jimmy Witherspoon, Paul Rishell, Mighty Sam McClain, Debbie Davies, David “Fathead” Newman and many others. In 1992, he met legendary guitarist Ronnie Earl, and that chance meeting soon turned into an invitation to join his band, The Broadcasters. During his nearly five-year stint with Earl, Katz toured the world and performed on six albums, writing and co- writing many of the tunes, such as “The Colour of Love,” “Ice Cream Man,” and “Hippology.”

Bruce spent six years as a member of Gregg Allman’s band, touring and playing piano.  He played with various Allman Brothers over the years and was a member of Jaimoe’s Jasssz Band and two of Butch Trucks’ bands. Both Jaimoe and Butch Trucks were founding members of the Allman Brothers Band. He has been a mainstay in John Hammond’s band over the past ten years. The Bruce Katz Band tours extensively in the United States and Europe.

Bruce’s virtuosic and original playing draws the listener into his musical world where many of the artificial boundaries created in the ‘music business’ fall away and leave the listener with a new appreciation for what Bruce calls “improvisational American Roots and Blues music”.

“He can play jazz, blues, Bach, anything. Man, he’s a heavy!” Gregg Allman once said of his longtime band member.