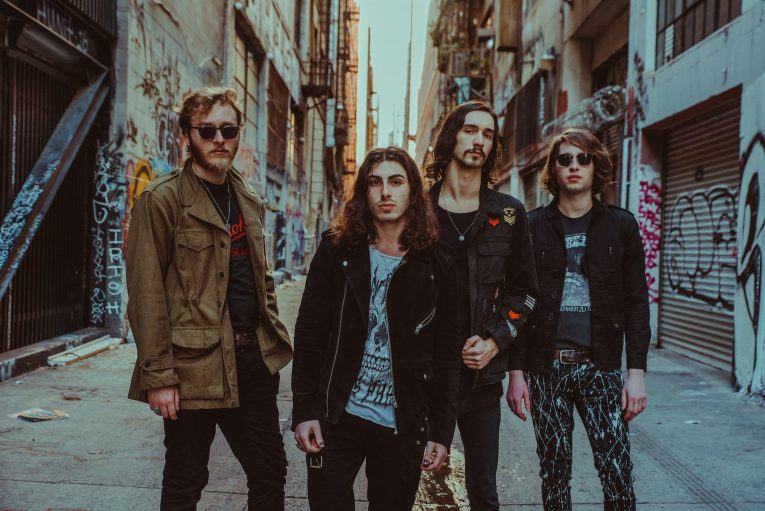 I was just introduced to this exciting rock band BRKN Love and their song “Shot Down” and a few other gems of theirs as well. Immediately, I loved it. With an upcoming full length 2019 release for Spinefarm Records and produced by Joel Hamilton, this is a great new band that’s already taking the country by storm. With a cross country US tour, BRKN Love seems to have already garnered a massive following.

No matter what your opinion may be, rock music still maintains its foothold just behind the pop culture curtain, as if in the wings waiting to return.

Toronto singer and guitarist Justin Benlolo says, “When I first thought about starting a band, it needed all of the elements of rock ‘n’ roll that I respond to—big guitars, big drums, and big vocals,” he explains. “I didn’t want it to be too complex. It had to be something everybody could digest in a short and sweet format. It’s alternative, but it’s also heavy. I try to get right to the point. There are so many of these kids still showing up to shows and moshing to real rock music. That’s refreshing. There’s still a place for something authentic. That’s what I want to provide.”

Born and raised in Canada, Justin cut his teeth on listening to bands like Soundgarden and Led Zeppelin. He recognized the potential for a different kind of band and started tracking demos for BRKN Love and determined that Joel Hamilton was the perfect producer. Together they cut the 13 tracks that would make up the album just as the band landed a deal with Spinefarm Records after a New York showcase.

Recorded live to tape in the studio, the sound preserves “a raw, real and alive feeling” in the riffing combined with emotional lyrics.

The first single, “Shot Down” hinges on thick guitars and seesaws between dirty blues and rock.

BRKN Love represent a new era for rock music that’s as powerful as it is emotional. Justin explains, “The name represents who I am. You can honestly be a hopeless romantic and play tough music. Most of the lyrics deal with love and loss.”

For more information on BRKN Love: