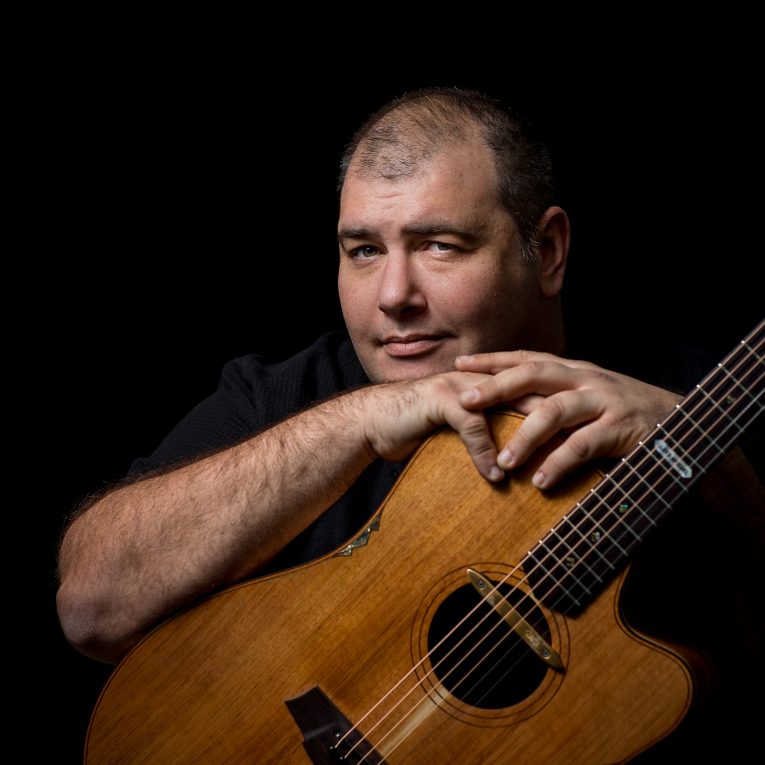 Australian acoustic guitarist extraordinaire Lloyd Spiegel drops his tenth album, Cut And Run, on September 3rd and it is his final chapter in a trilogy of records about personal redemption–Backroads (2018) and This Time Tomorrow (2017.)

Having begun his music career at the age of 10, Spiegel has become an Australian Blues legend, and one of the country’s most respected guitarists, recently being named in Australian Guitar Magazine’s list of top 50 Australian guitarists of all time. Lloyd began touring by the age of 12, overseas at 16, and has continued non-stop ever since. He has won seven Australian Blues Music Awards and others too numerous to list. He has supported the likes of Ray Charles, Bob Dylan, Etta James, Luther Allison and more.

Spiegel blends lyrical stories into his blues, soul, and folk, and on Cut And Run, more of a rock vibe.

I was introduced to Lloyd Spiegel six months ago via videos that featured this masterful guitarist and soulful singer with the big voice performing blues and folk on acoustic guitar. Dazzled not just by his mind-blowing ability on guitar but by his voice, which is full bodied with ear-pleasing tone. What struck me is that Spiegel would be fantastic live. As if his guitar playing wasn’t enough, I dove into his catalogue and this record and discovered his uncanny ability for storytelling in his songwriting.

A boogie rock shuffle, “Any Second Now” opens the album with Spiegel unleashing rip-roaring slide guitar with power and tremendous skill. His guitar work is thrilling on this chugging rocker. This tune could get any party started.

“Rattle Your Cage” is a fiery, dark blues-rock number with more than a song’s fair share of stunning guitar riffs and solos. The lyrics are intense, infused with anger and the music shadows the tone. “They keep you lonely and afraid, they keep that money that you made, they keep you hidden from the sun, they created a monster in you just to call you one.” Fueled by frustration and rebellion, the emphasis is on the lyrics because of Spiegel’s compressed vocals. His guitar screams out for the trapped and helpless.

To my ears, it is with “Tokyo Blues”, that the album opens up. Full of anguish, this blues tune is a rocking number with Spiegel singing it with passion and sweat about being in Tokyo, surrounded by traffic and the dark underbelly of the city. Once again, Spiegel’s lyrics tell honest and visual stories. “I’m in and out of consciousness, in and out of praise, in and out of favor with the people in this place.” But that’s not the half of it. Spiegel performs this tune from the point of view of someone who is trapped there and the experience of listening to it is a visceral one. Muscular and expertly played electric guitar riffs intersperse this song of frustration and darkness. If you’re in the right place to fall into the song, you’ll shake your head in awe at this musician’s talent as a singer-songwriter and guitarist who throws himself head on into his music.

After the first three tracks, I was grateful for a break in the intensity with the melodic and truly beautiful, “Let Your Love Die Down.” Moving and ever so soulful, this track has a haunting feel. Spiegel works his magic on electric and acoustic guitar, infusing plenty of emotion into the lyrics.

There seems to be a theme to Cut And Run, one of getting out of dodge, so to speak, running from something, perhaps from demons within.

“Run” lightens the load on the listener with Spiegel solo on acoustic guitar. What a songwriter. “There’s a monster in my mirror, a stranger on my lap.” Really, such a moving tune about sorrow and loss. “Where you gonna run, whatcha gonna tell your son.” Spiegel channels regret into a song with a lovely melody and meaningful lyrics. Just him singing and playing his acoustic guitar, Spiegel packs a wallop.

Getting quite a bit of airplay is “Track Her Down” an up-tempo and breezy tune about the pursuit of love lost, a bluesy tune about life on the road and how fragile relationships are for a traveling musician. Horns liven this tune and add a radio friendly feel.

I can’t think of any artist similar to Lloyd Spiegel. With a full bodied soulful voice, masterful command of guitar and a firm grasp on storytelling, he must be one of a kind in his live performances. There’s very little between Spiegel and the listener. He’s vulnerable and sensitive in his songs. Few can turn their back on that in combination with wildly talented guitar chops and an expressive voice.

A rhythmic blues-rock number, “The Hustle” is all raw energy with killer guitar licks with hints of Billy Gibbons’ guitar tone and feel. A catchy tune if I ever heard one and a standout among the up-tempo numbers on the record.

Closing the album, “Old Wounds” is an acoustic ballad in a minor key with some of the most poetic lyrics I’ve heard in a while. “I got no feeling in my fingertips, burned by cigarettes, cut by steel, old wounds never heal. Got no answer from my bleeding heart, mind and body feel worlds apart.”

There’s no shortage of expert and personally vulnerable performances from Spiegel on Cut And Run. I suspect he’s capable of nothing less.

Watch Lloyd Spiegel’s video “All My Love’s In Vain”

For more information on Cut And Run by Lloyd Spiegel: 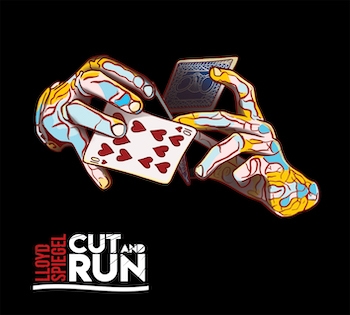