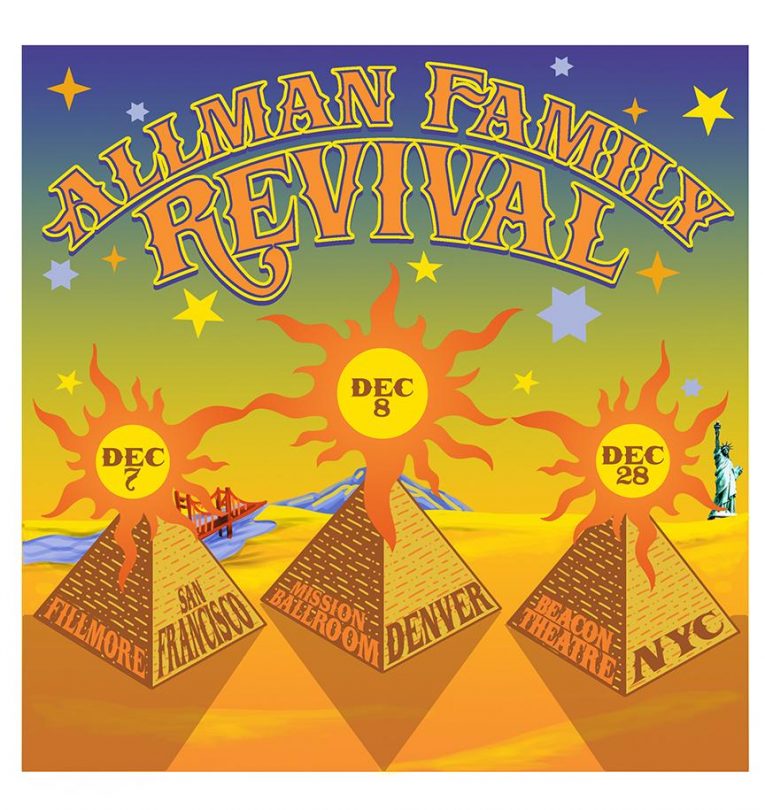 AND MANY MORE TO BE ANNOUNCED!

The Allman Family Revival will be returning for its third year in celebration of Gregg Allman’s birthday, This year the show is expanding to 3 nation-wide performances. San Francisco at The Fillmore, Denver at the brand-new Mission Ballroom and NYC at The Beacon.

The Allman Family Revival started as a celebration of music and life in honor of what would have been Gregg Allman’s 70th Birthday. It was a party at The Fillmore in San Francisco hosted by his son Devon Allman of The Allman Betts Band.

The first two years featured insane 4-hour long shows with epic jams and guests ranging from Robert Randolph, Luther and Cody Dickinson, Marcus King, Samantha Fish, Jimmy Hall, G. Love, Brooklyn Allman…and many, many more. All the feels were felt and this night has become a year-end tradition and a fan favorite. People fly in from all over the world for this one.

After a warm up set The Allman Betts Band will invite guest stars onto the stage to sing a song they are famous for, and also a song from the Allman catalog. There will be a rotating cast of characters and some epic collaborations onstage culminating in a “all hands on deck” encore that proved to be a juggernaut at the first two Family Revival shows.