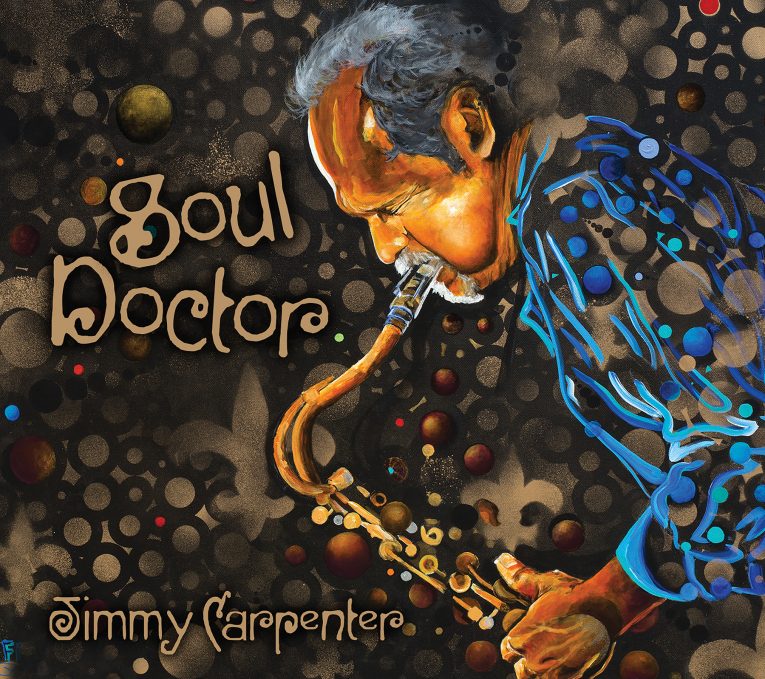 “I have been a Jimmy Carpenter Fan for 20 years, from the first time I heard him play with Jimmy Thackery. He’s always been one of the premiere sax players around. But Jimmy is also a stellar songwriter and singer. His voice is at its best on ‘Soul Doctor’, Jimmy’s best record to date. This album oozes cool and rocks hard with a classic sound that only Jimmy carpenter can bring to the table.” –Mike Zito.

Listen to “Soul Doctor” below.

Soul Doctor contains 10 songs, seven of which are original compositions that Jimmy Carpenter wrote or co-wrote. Carpenter began his career 35 years ago. He has toured internationally with Tinsley Ellis, Jimmy Thackery, Walter Wolfman, Eric Lindell, and more. In 2012, he joined Mike Zito and recorded and toured as a member of Mike Zito and the Wheel. Jimmy has also written, arranged and recorded horns for many artists and has gained a reputation as a master blues, rock n’ roll and R&B saxophonist. In addition to leading his own band and playing with numerous others, he is the musical director for The Big Blues Bender and leader of the Bender Brass, the Bender’s house band. In 2019 he was nominated for a Blues Music Award, his 4th nomination for Best Instrumentalist/horn.

For more information on Jimmy Carpenter and Soul Doctor: