Review: ‘Two Rivers Back’ by B. Christopher Band 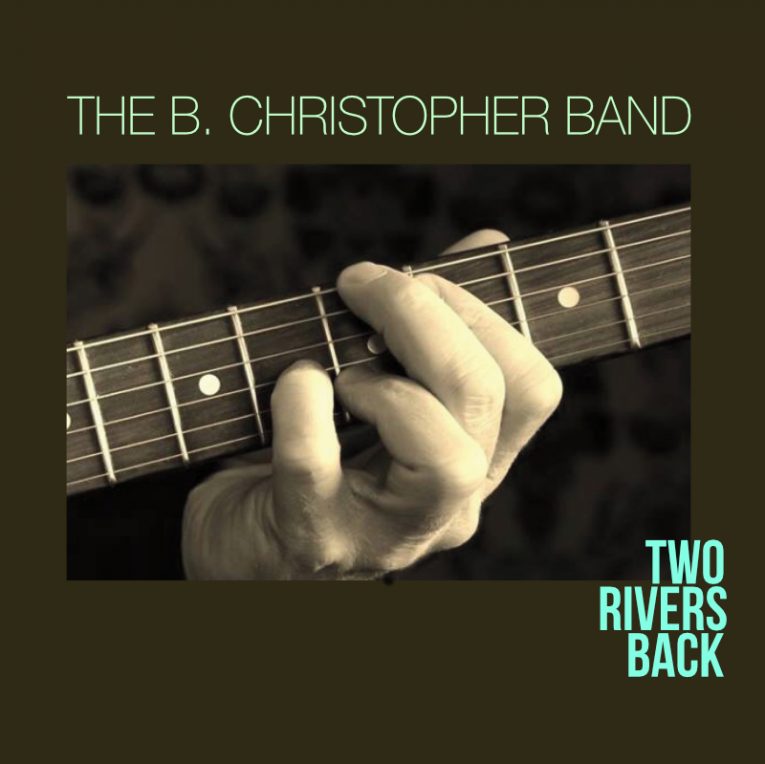 Expect to be impressed by in-demand session and sideman B. Christopher’s new album Two Rivers Back, due out September 30th on Guitar One Records. Already renowned as a studio player extraordinaire, with over 20,000 track placements on TV shows on pretty much every network you could name, you won’t be surprised by B. Christopher’s versatility and casual mastery of the guitar.

That same reputation also likely made it easy for him to enlist the help of so many bonafide heavy hitters to form his studio band for this recording. When you have Anton Fig and Shawn Pelton dividing up drummer duties along with Grammy nominees Nathan East’s bass and Jerry Portnoy’s harmonica, and you’re layering in Bruce Katz’ keyboards and Andy Snitzer’s sax, you best believe you’re setting yourself up for success.

Album opener “Newbie’s Funk,” one of six instrumentals in this thirteen-track collection, finds Christopher’s guitar sounding sly and self-assured as it works on the groovy side of the Texas-blues street. Jerry Portnoy’s howling harmonica and a swaggering lead vocal from EJ “Moose” Boles drive “Tried to Keep You Satisfied” but there’s still room for a tasteful B. Christopher lead-break. Next up is another stand-out vocal from Boles on “Sad State of Affairs” leveled up by some remarkable sax work from Andy Snitzer.

Proving there’s plenty of sophisticated, slow-clap blues worth exploring, B. Christopher and the band dial back the tempo on the soul-groover instrumental “Bit O’ Butter,” which takes its time, but still impresses. Flipping the coin on that bit of ice cold elegance, Christopher shows off some of his grittier, slide-centric chops on the down/dirty instrumental “She’s Gone.” No lyrics necessary with this one, you can hear the loss. Boles comes back for another round of big belted vocals on the good-timin’ “It’s Alright.” The party continues on the tightly woven, horn-driven funk groove of “I’m Drunk,” which includes another incisive and precise lead break from Christopher. The party-time segment of the album comes to a close with the upbeat honky-tonkin’ of “Nina Come On,” a tune that would work in any roadhouse you could imagine.

More urban sophistication is on display in the R&B-flavored instrumental “Perfect Curves.” It is more of a journey than a jam, as Christopher takes full advantage of all the room this loose, mid-tempo groove gives his guitar to explore. There’s more burn and buzz in his guitar on “Bye Bye,” which matches Eddie Testa’s expressive vocals on this kiss-off-to-a-bad-love song. The introspective instrumental “Strike Two” feels like an addendum to the previous song, as if the protagonist is now trying to figure out “what comes next?” after that bad break-up. Once again Christopher’s lead-break is thoughtful and precise in a very Mark Knopfler/Robert Cray way. Pretty good company, if you ask me.

The album closes with two strong tunes from different ends of the sonic/blues spectrum. Christopher and the band strip things way back on “Twenty Eight Days,” a slow and heavy blues, powered mostly by an acoustic guitar progression and aided by some subdued piano. It is one final chance for Christopher’s formidable slide-guitar technique to square off against Jerry Portnoy’s no-nonsense harmonica, and some of the exchanges will raise the hairs on your arms. The album closes with an instrumental (of course) that also happens to be the hardest rocker of the collection. “It Just Hurts” is a straight-up guitar and harmonica workout hung on the kind of simple and effective groove that A-listers like these guys can lean into hard, and they do.

With this collection, B. Cristopher proves that, in addition to his immense guitar technique, he also has a few things to say, and could make a place for himself in the spotlight.

For more information on Two Rivers Back and B. Christopher Band: