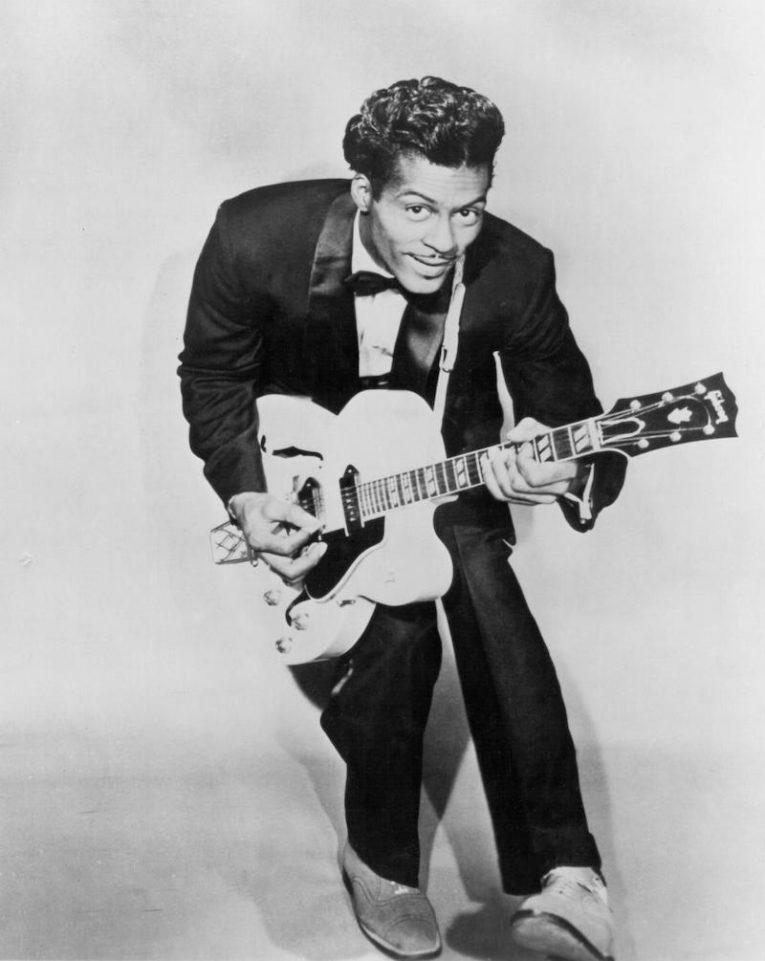 In Honor Of Chuck Berry’s Birthday

“The Father of Rock N’ Roll”

Chuck Berry’s performances on American Bandstand in the 1950’s changed the world of music forever. Dancing and duck-walking across the stage with his lucky bolo tie swinging, Chuck strummed his gorgeous Gibson ES-350T and belted out “Maybellene,” “Johnny B. Goode” and a variety of other hits that influenced nearly every major music act to follow. Chuck and his Gibson 350T guitar personified Rock n’ Roll.

Gibson is honored to present this first-ever Chuck Berry signature guitar, a perfect replica of his 1955 ES 350T, to pay homage to the legendary career of one of music’s greatest pioneers. The Gibson Chuck Berry 1955 ES-350T features historically-accurate construction and appointments, hand-picked figured maple, a pair of fiery P-90 pickups, a replica strap and a replica of the Zuni “Sun God” bolo tie that Chuck wore throughout the 1950’s. The Gibson Chuck Berry 1955 ES-350T is a premier limited-edition guitar and only 55 will be available worldwide.

Chuck Berry’s music has transcended generations and earns respect to this day because he was truly an entertainer. Chuck, The Father of Rock & Roll, was a musical icon, who established rock and roll as a musical form and brought the worlds of black and white together in song. Born in St. Louis on October 18, 1926 Berry had many influences on his life that shaped his musical style. He emulated the smooth vocal clarity of his idol, Nat King Cole, while playing blues songs from bands like Muddy Waters. After singing the Jay McShann song called “Confessin’ the Blues” at his high school’s musical he got a thunderous applause for his daring choice, and from then on, Berry had to be onstage. 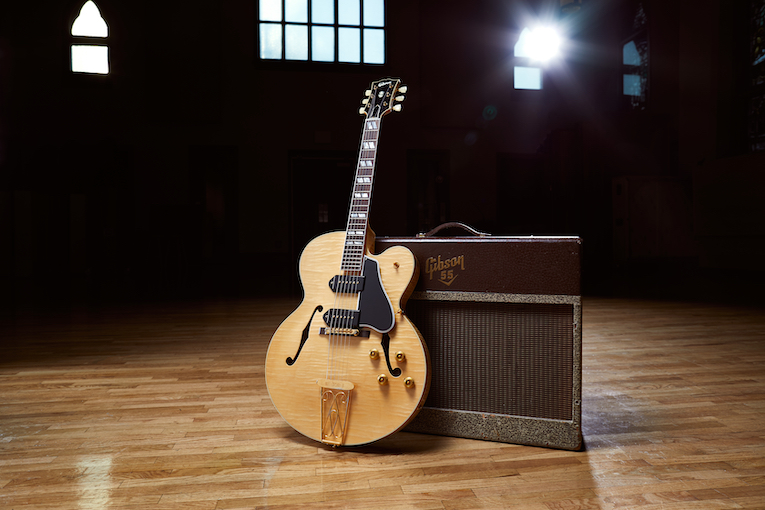 Berry was signed to Chess Records after Muddy Waters befriended him and suggested contacting the label, and in the summer of 1955, “Maybellene” reached #5 on the Pop Charts and #1 on the R&B Charts. Through Chuck Berry, Chess Records moved from the R&B genre into the mainstream and Berry himself was on his way to stardom. Berry continued with such hits as “Brown-Eyed Handsome Man,” “Too Much Monkey Business,” “Memphis,” “Roll Over, Beethoven!” and “Johnny B. Goode.” “Johnny B. Goode” is Chuck Berry’s masterpiece, as it brings together all the elements of Berry’s unique sound. It cemented his place in rock history and led to fame in the 1950s. Chuck’spopularity garnered him television and movie appearances and he toured incessantly. At the height of his success, Berry was a 30-year-old black man singing to a mostly white, teenage audience. Chuck Berry’s knowledge of the pop market made it possible for him to break color barriers and play to an integrated audience. In the 1960s and 1970s, Berry’s music was the inspiration for such groups as the Beatles and the Rolling Stones. Berry had a number of comeback recordings and in 1972 had the first #1 Pop Chart hit of his career with “My Ding-A-Ling.” 1986 fittingly saw him inducted into the Rock and Roll Hall of Fame as the very first inductee in history. 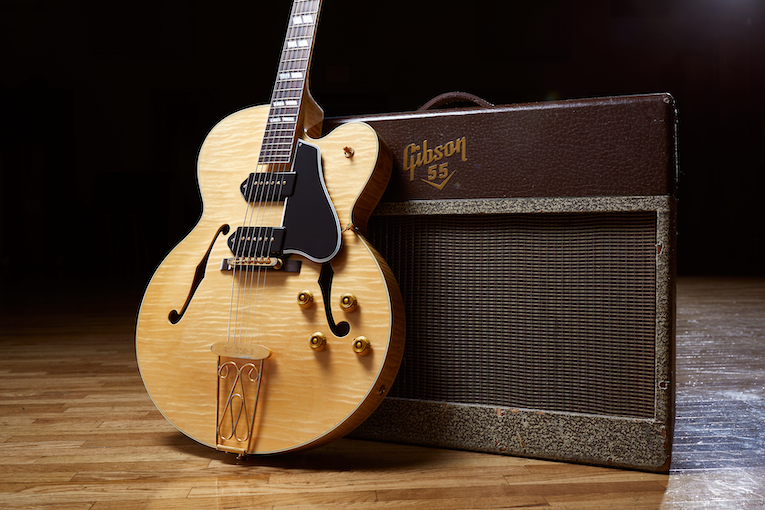 For more information about Chuck Berry: