Q&A with Ann and Nancy Wilson of Heart 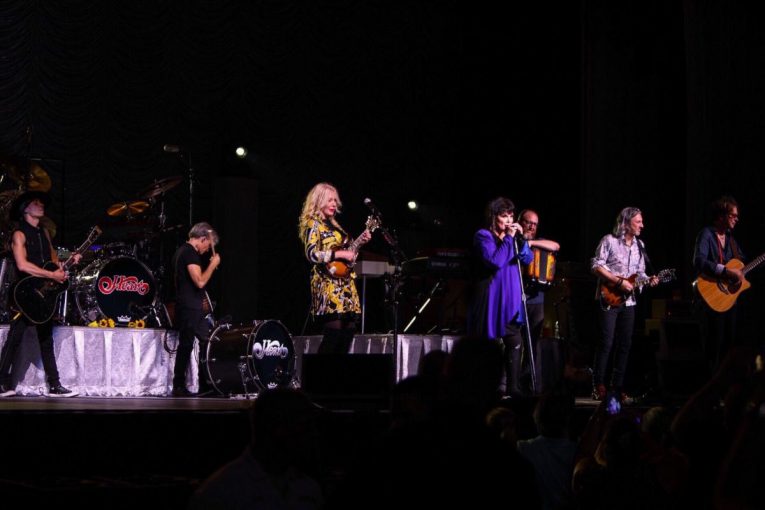 Rock & Roll Hall of Fame legends ANN and NANCY WILSON of HEART triumphantly returned to the road this year for their first tour in more than three years. The “LOVE ALIVE” tour featured a stellar all-female line-up with Joan Jett & The Blackhearts joining the majority of shows. The tour line-up varied from date to date, with Sheryl Crow and Brandi Carlile as special guests and support from Elle King and Lucie Silvas.

The tour launched July 9 at the Hollywood Casino Amphitheatre in St. Louis, MO. While it was initially set for 40 dates, the tour was extended to include 52 performances that went through October 13 including a sold-out September 9 show at the iconic Hollywood Bowl in Los Angeles and a stop at the iHeart Radio festival in Las Vegas on September 20. Along the way, the tour attracted packed audiences and earned wide critical acclaim. Armed with a musically diverse set list, ANN and NANCY were backed by Craig Bartock (guitar), Dan Walker (keyboards), Denny Fongheiser (drums and percussion), Andy Stoller (bass) and Ryan Waters (guitar).

Q: Congrats on the massive “Love Alive” tour. HEART performed hits, deep album cuts and covers of songs that shaped HEART. Can you tell us how important the set list was for this tour?

ANN: “It was important that we played to our early stuff just as much as our radio hits. Songs like ‘Rockin Heaven Down,’ ‘Mistral Wind,’ ‘Love Alive,’ ‘Little Queen’ and ‘Dog and Butterfly’ were in balance with the radio hits like ‘Magic Man,’ ‘Crazy On You,’ ‘Barracuda,’ ‘These Dreams’ and ‘Alone.’ We did only a very few covers that spiced up the set and honored our solo sides: ‘Your Move’ by Yes, ‘The Boxer’ by Simon and Garfunkel and ‘Stairway to Heaven’ by Led Zeppelin. This mix was very important to show what this band can do now. I feel this was the best all the Heart songs have been played ever. They took on power, weight and meaning in 2019.”

NANCY: “The set list for this tour was the key to the tour. Fan favorites and new versions of the classics kept it fresh and surprising.”

Q: While you both have toured over the last few years on your own, what was it like coming back together for the HEART tour?

ANN: “For me it was a thrill to put my voice and soul to the Heart songs. The two years of solo work taught me things about life and singing I never knew before. I felt like I was coming at this tour very strong and fresh. Together, Nancy and I slipped into a new groove that worked!”

NANCY: “Coming back together this time felt not only sweet but more relevant than the past few tours. We had renewed inspiration to play together after the long absence and we both brought along some new inspirations from our solo ventures.” 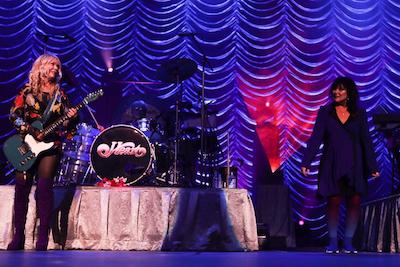 Q: HEART notably took out all-female artists on the tour. What was the dynamic of a bunch of women out on the road…onstage + backstage?

ANN: “The dynamic of the ‘Love Alive’ tour both onstage and backstage was friendly, warm and fresh. All the artists liked each other and each other’s music and were grateful to be a part of it. It was an honor to work with Brandi Carlile, Elle King, Sheryl Crow, Joan Jett and Lucie Silvas, as well as the other openers that joined over the months. All involved were very happy to be there! There were parties, dinners and hang times. All the musicians mixed and mingled. It was an authentically inspirational cross pollination of ideas and personalities.”

NANCY: “Working with other great female artists was something we’d avoided in the past, so as to not appear too gender specific. But the timing for it couldn’t have been better and the energy was wonderful.”

Q: If you overheard one fan talking to another after leaving a HEART show from this tour, what would you like to hear them say about the gig?

ANN: “I’d like to hear them say they caught the magic.”

NANCY: “I really love how fans love the songs. It’s great to think that what the fans take away is to relive all their favorite moments and feel inspired.”

Q: Can you talk about what’s next for HEART?

ANN: “It’s too early to say for sure, but new music is rolling around inside my head…”

NANCY: “Because the tour was so fulfilling, as well as quite successful, it’s fun to start imagining what the next step could be. A new song or two would be a beautiful thing!”

About The Heart Tour:

“‘Ooh. Barra-cooo-da,’ wailed Ann Wilson, an upward inflection on that razor sharp ‘cooo‘ sticking like a switchblade on a sticky bar top. Meanwhile, her sister Nancy Wilson hammered that unmistakable galloping riff, with two other ace guitarists chugging along in unison like three well-oiled pistons powering Heart’s motoring classic, ‘Barracuda.’ As if closing this two-hour joy ride through the Northwest rock greats’ 40-plus-year career–with many scenic detours–with anything else were a serious option. The on-their-feet Tacoma Dome crowd erupted in appreciation after the final downhill churn…Ann Wilson’s voice is still in stunning form, her no-bull melisma and zero-to-60 highs impeccably sharp, but carrying an underlying resonance like a less shrill Robert Plant. As ’70s-esque red-and-blue lasers danced on the ceiling, the powerhouse vocalist hit another level during a chilling ‘Mistral Wind’–her unshakable belting filling every cranny of the arena, from the peak of the dome to the farthest bathroom stall…Heart’s decades-spanning career has sustained greater peaks and valleys than Ann Wilson’s darting vocal phrasing, making them one of rock’s great enduring acts. With the Wilson sisters back together again, that legacy remains intact.”–Michael Rietmulder, SEATTLE TIMES, (Tacoma, WA)

About HEART:
When Ann and Nancy Wilson formed HEART, the idea of two women leading a rock band was still groundbreaking. From the moment 1976‘s Dreamboat Annie was released, they became stars. With hits like “Magic Man,” “Crazy On You,” “Barracuda,” “Alone,” “What About Love,” and “These Dreams,” the band became one of the biggest hit-makers in the seventies and eighties selling more than 35 million records. In 2012, their memoir Kicking & Dreaming: A Story of Heart, Soul and Rock & Roll became a New York Times bestseller, and in 2013 the group was inducted into the Rock and Roll Hall of Fame.