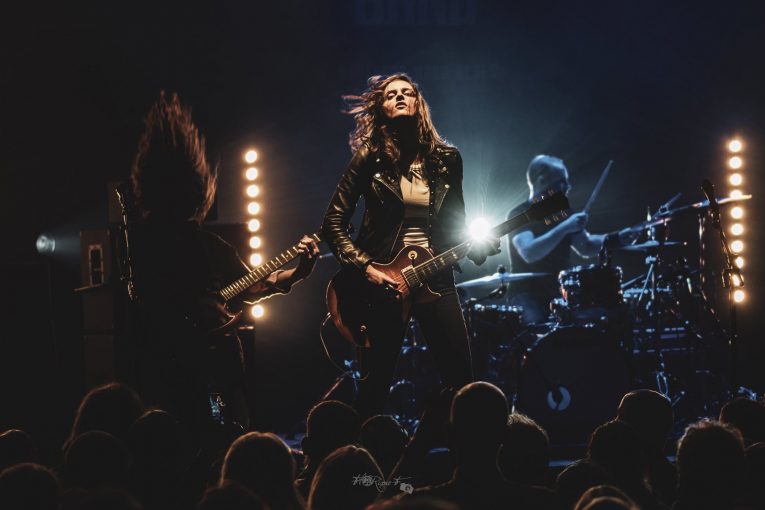 Laura Cox has been on our radar for a while now and one view of her new video “Bad Luck Blues” and you’ll know why we chose it for our Video of the Week. Cox is one helluva guitar player, singer. The song is from her upcoming album, Burning Bright out November 8th, 2019, a follow up to her 2017 release, Hard Blues Shot.

A bada** rocker, Laura Cox is a Southern heavy blues guitar player and singer, whose music is a blend of modern blues-rock, classic rock and Southern rock. She began her career posting videos on YouTube in 2008, garnering more than 70 million views, and 260,000 subscribers. Since then she has become known as one of the best known female guitar players around. She likes to surprise fans with subtle changes in style, from rockin’ country to heavy classic rock. Somewhere between AC/DC, ZZ Top, Aerosmith and Blackberry Smoke, the group blends the sharp Southern States sound with the saturated watts of Australian fury.

In 2013 she and Mathieu Albiac, another talented guitarist, formed The Laura Cox Band, based in Paris. They were devoted to creating pure classic and southern rock. In 2014, they recorded their first single, “Cowboys and Beer,” a Country rock song written by Laura and Mat, which won them invitations to major festivals where they shared the bill with Simple Minds, Triggerfinger, and Crucified Barbara.

In 2015, the band lineup changed and is now Laura Cox on lead guitar and vocals, Mathieu Albiac on guitar, François Delacoudre on bass, and Antonin Guérin on drums.


Let us know what you think in the comments below.