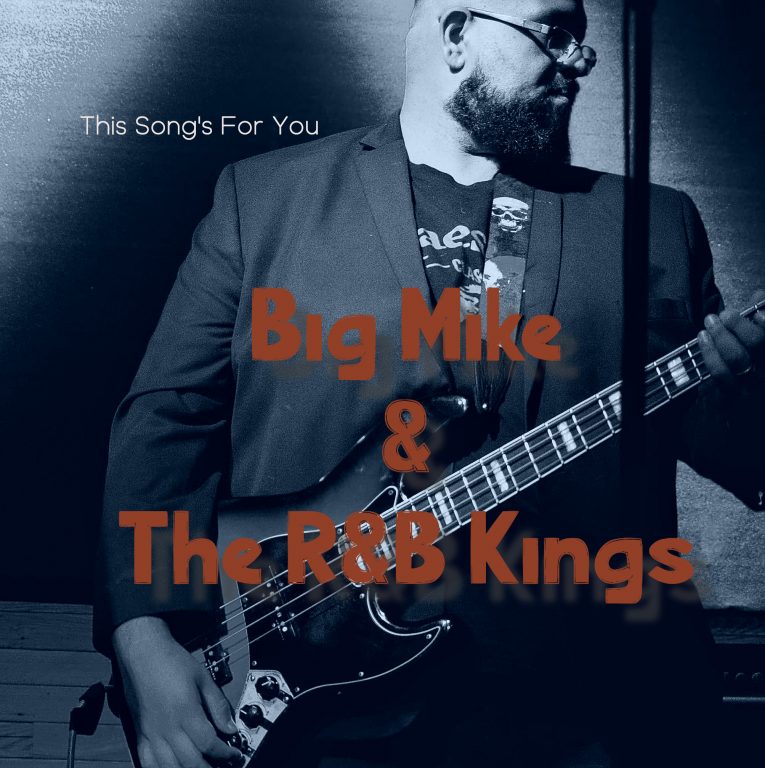 This Song’s for You, Out November 22 via Red Tint Records

Crescent City-based Big Mike & the R&B Kings announce a November 22 release date for their new CD, This Song’s for You, a merging of Chicago blues and R&B sounds with New Orleans funk for a show-stopping, dance-worthy set of soulfulness on Red Tint Records.

‘This Song’s For You’ is an eclectic album that encompasses Chicago rhythm and blues with soul, funk and some rooted reggae. The album takes listeners on a journey of emotions for anyone looking to feel something when hearing the music. From love songs, to heartbreak, to just good old sing-a-long and dance-a-long songs and great guitar solos, This Song’s for You has got it all. Created at DPL Studios in New Orleans and Rick Barnes Studios in Chicago, Mike and the band have taken the time to record it just right: Big Mike Perez – bass and vocals; Paul Provotsy and Rex Canieso – guitars; Bob Sass and Tajh Derosier – saxophones; Ben Joseph and Will Rast – keys/organ; Oberon Jackson Jr and Jorge Leal – drums.

Big Mike says, “I also have my own rendition of a song performed by the great Tyrone Davis called ‘Are You Serious,’ written by Chicago blues guitarist L.V. Johnson. I’ve always secretly liked Smooth Jazz, so I decided to give this song that kind of feel with a bit of Neo Soul rhythm behind it. The track has some great solos in it, too, highlighting Will Rast on the organ, Tajh Dersosier on sax and Paul Provotsy on guitar.”

While residing in Chicago, Big Mike performed at many of the popular venues like the Cubby Bear, Shenanigans, Kingston Mines, Clown’s Alley and Bluebird Lanes. He eventually started leaning towards the style of Chicago blues and hasn’t left it since. His band was hired by many independent artists in Chicago to perform as a backing band for them. He has notably performed at the Taste of Chicago on the Best Buy Stage.

Since leaving The Windy City, Big Mike has made a name for himself in New Orleans, performing at weekly residencies five nights a week on Bourbon Street and Frenchmen Street. Big Mike & the R&B Kings are one of the top blues bands in New Orleans – with standing-room-only crowds at most venues when they perform.

Mike’s vocals have been compared to B.B. King, Bill Withers and Robert Cray, and he is best-known for his aggressive style of blues, long solos and tight gospel rhythms. His performances are fun and interactive. He creates a real show delivering the old school blues form of creating stories for the crowd to listen to and respond.

“I really think if you sit down and listen to this album, there is a little bit for everyone on here,” he summarizes. “From great solos for people to rock out on, to great dancing tunes for the dancers, stories that so many people can relate to, and even music for the easy listener wanting to hear something while sitting down and reading a book. I hope this music stays in your collection.”

One final note: Big Mike & the R&B Kings is a polished Chicago blues band that is ready to knock people out of the chairs and onto the dance floor.