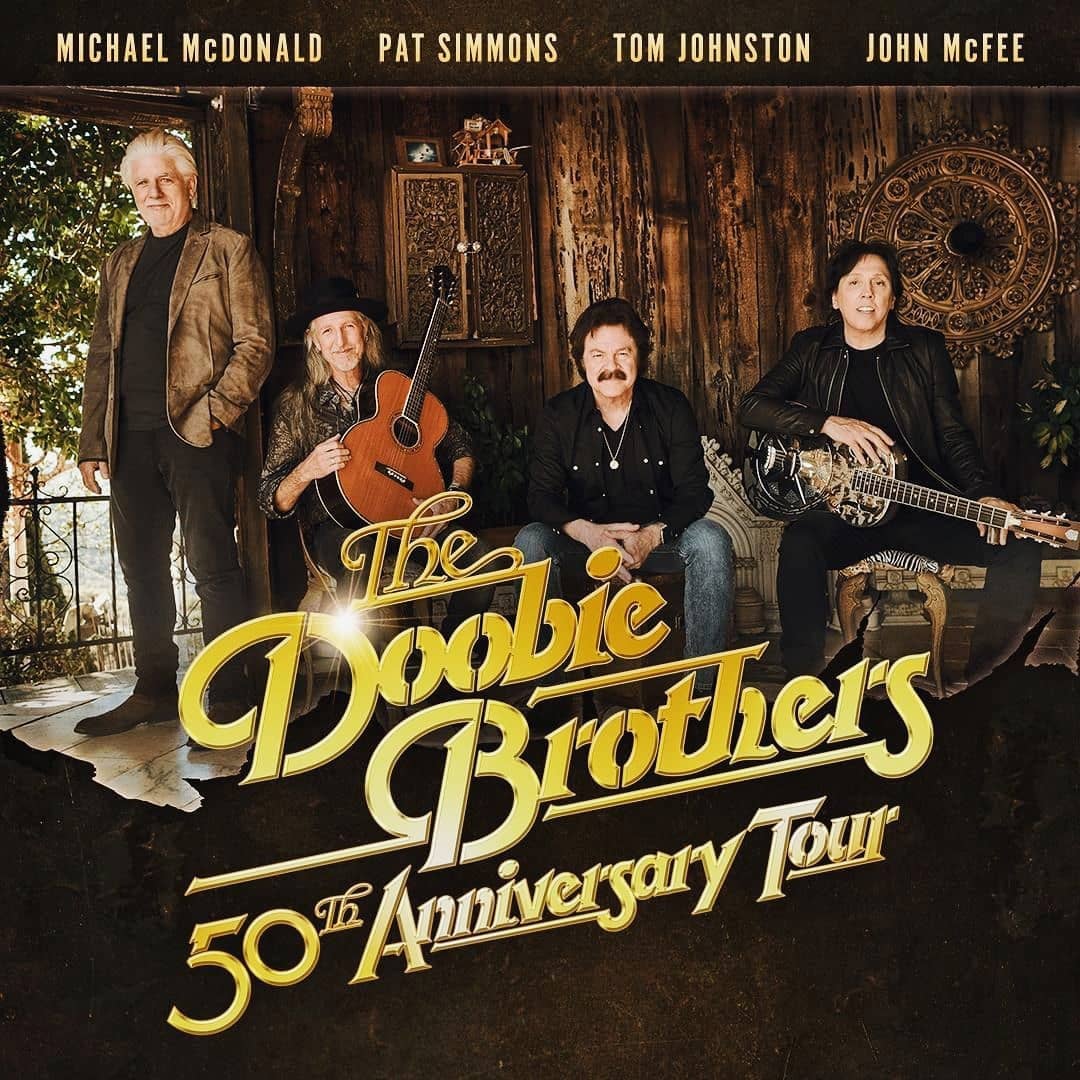 The announcement came at the conclusion of the band’s performance at the legendary Ryman Auditorium in Nashville Tennessee, where they played two of their iconic albums, Toulouse Street and The Captain and Me. Michael McDonald took to stage during the band’s encore and gave a surprise performance of the Doobie Brothers’ hit single, “Takin’ It To The Streets” before Pat Simons announced that the entire band would be uniting for a North American tour.

This will be the first time in almost 25 years that Michael McDonald will be touring with them. They will perform a wide range of their hit songs including “Takin’ It To The Streets”, “Listen To The Music” “Long Train Running” “Black Water” “What A Fool Believes” “China Grove” “Minute By Minute” “It Keeps You Runnin’” “Jesus Is Just Alright With Me” and many more.

“We’re truly excited about our 50th anniversary tour as it’s a celebration of the band’s entire history. We’ll be performing songs from our full catalogue, as well as new music,” Tom Johnston said in a statement.

The Doobie Brothers were nominated in October 2019 for the Rock & Roll Hall of Fame Class of 2020. More than 1,000 artists, historians, journalists and music industry professionals will vote on which nominees will be inducted. A fan vote will also be tallied.