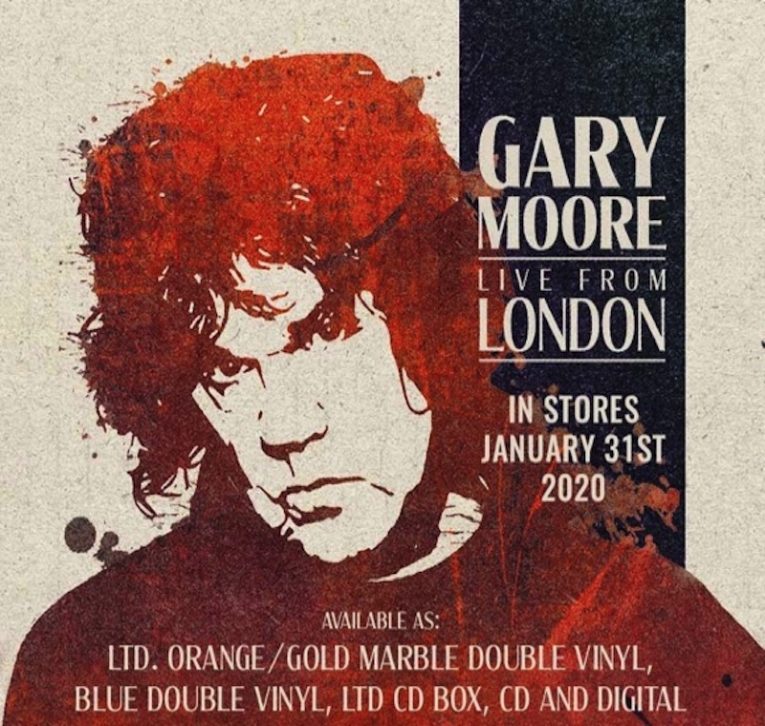 A legendary performance by Gary Moore, Live From London, will be released January 31, 2020 via Provogue/Mascot Label Group.

Some shows are so momentous, they pass into rock ‘n’ roll folklore. When Gary Moore stepped onto the stage of London’s Islington Academy on December 2nd, 2009, it was a true one-off, showcasing one of blues-rock’s biggest names in an intimate club setting. Nobody in the sell-out crowd that night suspected the great Irish bluesman was close to the end. But when Moore passed away fourteen months later, aged just 58, the show took on added poignancy, cherished as one of his last stands, kept alive in the memories of those who attended.

Now, a decade later, the release of ‘Live From London’ on Mascot/Provogue resurrects the much-missed Irishman, bringing his blazing talents back into the spotlight.

It was a never-to-be-repeated night, spoken of in a reverential whisper amongst blues-rock aficionados. But now, with ‘Live From London,’ you can be there too, thanks to a live album so immersive that listeners can practically feel the crush of the crowd and the heat from the valve amps.

The career of Gary Moore was a jagged timeline, full of twists, turns and wild tangents. And yet, through it all, the Irishman never lost faith in the power of live music. On December 2nd, 2009 – just fourteen months before his tragic death aged 58 – the fabled guitarist played a special one-off club show at London’s Islington Academy. Now, 10 years later,  Provogue, a division of the Mascot Label Group, will be releasing this never before released recording, Live From London on 31st January 2020.

Listen to “Oh, Pretty Woman (Live From London)” below.

The 2009 performance catches Moore at the height of his blues prowess, with classics like “Oh Pretty Woman,” “Parisienne Walkways,” “I’ll Love You More Than You’ll Ever Know,” and of course “Still Got The Blues.” Between the opener and encore, Moore gave us everything he had, and Live From London is a testament to one of the greatest and beloved guitarists of all time.

OUT ON DELUXE CD, BLUE 2LP AND LIMITED ORANGE MARBLE 2LP
PRE-ORDER NOW AND GET A FREE POSTER! Click here to Pre-Order