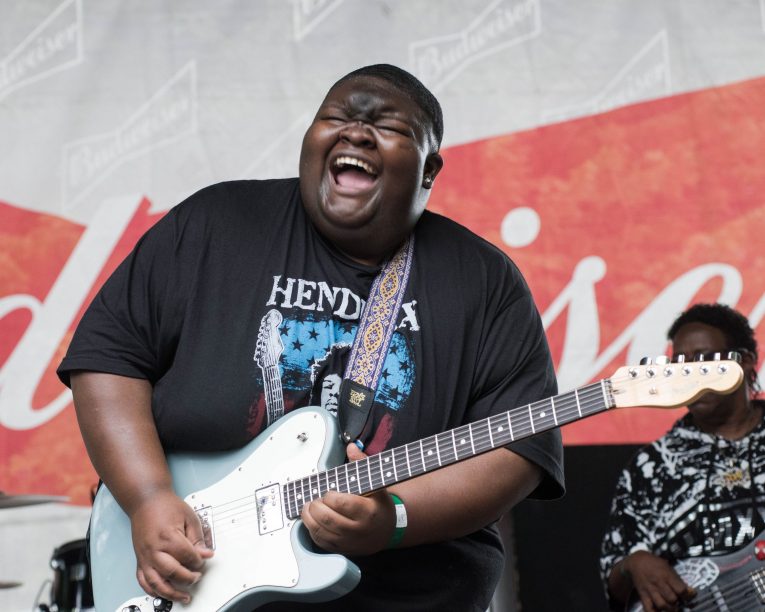 Grammy nominee Christone “Kingfish” Ingram today announced plans for his second-ever headlining tour, Fish Grease 2: A Juke Joint Tour, at GuitarPlayer.com. The sequel to the young blues sensation’s successful 2019 Fish Grease tour will start on January 4, 2020 and run throughout the year. These first 24 performances, through March 2020, will be followed by additional global headlining and key festival dates. He also has scheduled performances opening shows for Buddy Guy and Vampire Weekend. In addition, Ingram will celebrate his 21st birthday with two “Kingfish & Friends” shows in Los Angeles on January 17 and 18.

According to Ingram, “I had such an amazing time on the road in 2019 in support of my debut album that I really just wanted to do it again. I truly see this tour as the sequel to Fish Grease. My show will certainly be rooted in that same juke joint vibe, but like any sequel there will be a few surprises to help tell more about who I am, where I come from, and what I would like to share with the world.”

Since the release of his Grammy Award-nominated debut album Kingfish in May 2019, Ingram has gigged nonstop and has been featured in newspapers, magazines, and on radio and television. Within the last few months, Ingram has played shows across the U.S.A., including dates with Buddy Guy, Vampire Weekend and Jason Isbell. Kingfish debuted at #1 on the Billboard “Blues” and “Heatseekers” charts and continues to receive regular airplay on radio stations around the world. He was recently interviewed by Sir Elton John on John’s Apple Beats podcast. UK tastemaker music magazine MOJO just named the album the #1 blues release of 2019.

Sprung from the same earth as so many of the Delta blues masters, Christone ‘Kingfish’ Ingram comes bursting out of Clarksdale, Mississippi, just ten miles from the legendary crossroads of Highways 61 and 49. Born to a musical family, Ingram fell in love with music as a small child, first playing drums and then bass. At age 11, he got his first guitar and quickly mastered it, soaking up music from Robert Johnson to Lightnin’ Hopkins, from B.B. King to Muddy Waters, from Jimi Hendrix to Prince, but all the while he kept developing his own sound and style. He played his first gig at age of 11 at Clarksdale’s famous Ground Zero Club. He performed at the White House for Michelle Obama in 2014 as part of a delegation of student musicians from the Delta Blues Museum. By age 16 he was turning heads and winning awards, including the 2015 Rising Star Award, presented by The Rhythm & Blues Foundation.

With his eye-popping guitar playing and his reach-out-and-grab-you-by-the-collar vocals, Kingfish delivers each song with unmatched passion and precision. Steeped in the rich, vivid history of the blues, he’s driven by his burning desire to create contemporary blues music that speaks to his generation and beyond. Kingfish is inspired by the music of Robert Johnson, but dreams of one day collaborating with Kendrick Lamar and soul-funk bassist Thundercat. “My core is blues,” he says, “but it’s important for me to create a sound and style that is uniquely my own. I have a lot to say, so please stay tuned.”