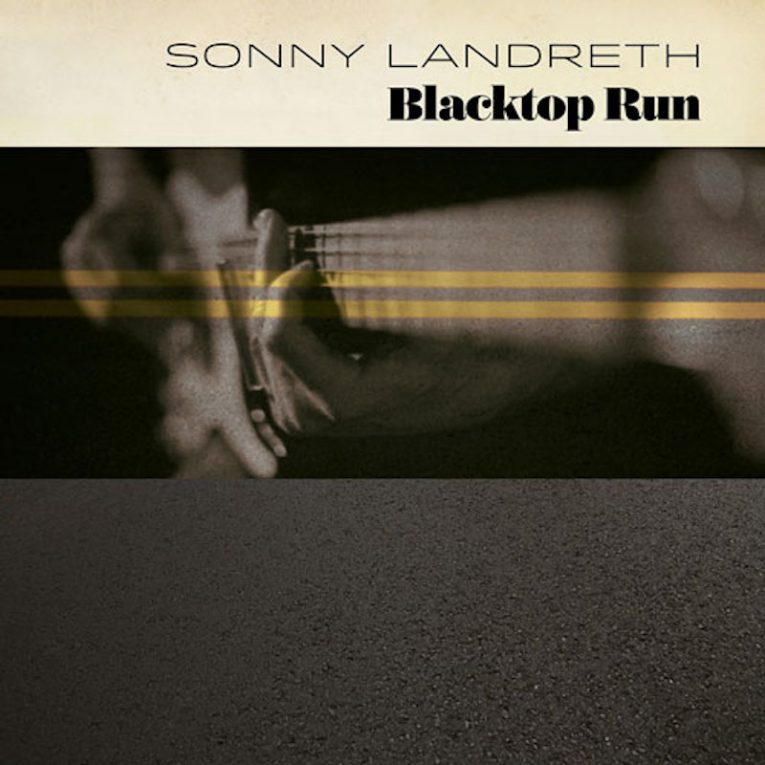 His groundbreaking work has long mixed familiarity with experimentation, and his latest ten-song collection stretches from hard-edged electric instrumentals to wistful acoustic ballads. The project’s range is the fruit of a renewed collaboration. Producer RS Field – who helmed Landreth’s trio of breakout albums – joined the six-stringer and co-producer Tony Daigleto to finish the record.

“His brilliance and creative energy recharged us,” Landreth said of reuniting with Field. Most of the tracks were recorded live at famed Dockside Studios on the Vermilion River south of Lafayette, LA. “We came up with new and better ideas, and that’s what you want,” he added. “It couldn’t have gone better.”

A quartet of instrumentals highlights the expressive power of bassist David Ranson, drummer Brian Brignac and multi-talented keyboardist/songwriter Steve Conn. The sultry, slow zydeco pulse of “Lover Dance With Me” features Landreth trading in his signature glass slide for his guitar’s tremolo arm and a rotating Leslie speaker cabinet. “Mule” follows, with its tailgate rhythm bouncing through a his-and-her tale of unrequited love.

“Groovy Goddess” takes the listener into harder-edged jazz-rock territory, showcasing his slide guitar prowess. “Honestly, I think the purest form of music is improvised,” the bandleader says. “When it flows, it’s exhilarating. It just seems to come out of nowhere and connect your heart and soul to your fingertips.”

The first of two Conn compositions follows with a new arrangement built around a guitar tuning Landreth developed but had not yet used in the studio. “Somebody Gotta Make A Move” also features its composer on Wurlitzer electric piano and Hammond B-3 organ. “Beyond Borders” picks up the pace and features Conn in a role originally envisioned for Carlos Santana. Landreth composed the instrumental for From The Reach, his 2008 release featuring guest artists Eric Clapton, Eric Johnson, Vince Gill and others. “It’s complex,” Landreth says, “and now seems tailor-made for Steve.”

“The Wilds of Wonder” is a cinematic tribute to the brave folks working on the front lines of our planet’s environmental crises. And the shape shifting instrumental “Many Worlds” builds on the previous number’s rich textures to bring the record to its final cut, “Something Grand,” the first Landreth recording in years without a guitar solo.

After two Grammy nominations, multiple appearances at Clapton’s Crossroads Guitar Festival and wide-ranging acclaim from fellow players and fans worldwide, Landreth is looking forward to playing the new material live. “It’s all about telling the story,” Landreth says, “and as long as I can find my way up that path, I’m all in.” As the songwriter’s narrator sings in the title number of Blacktop Run, “A new day is dawning and I have never felt so alive.”