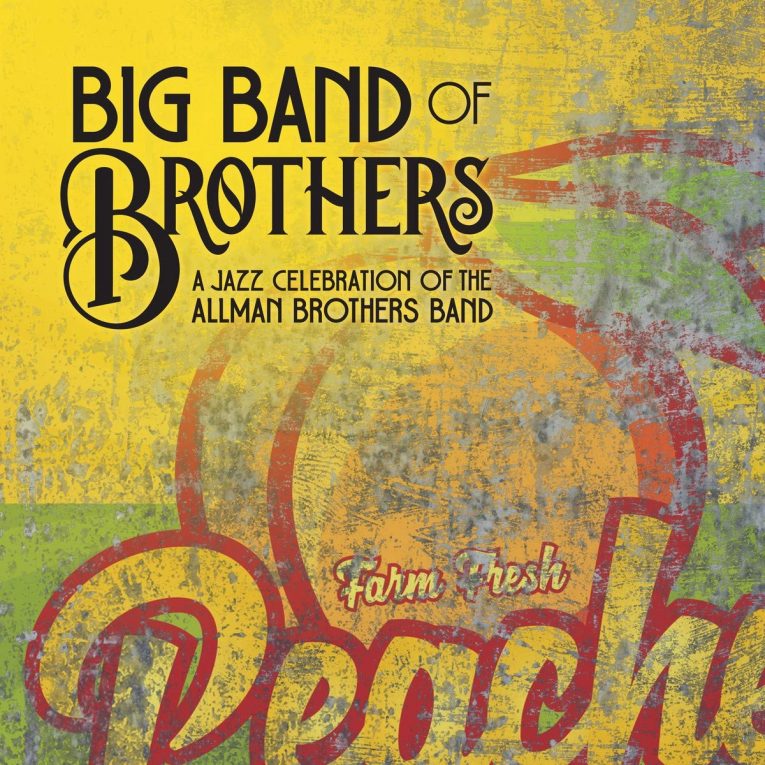 Big Band of Brothers’ A Jazz Celebration of the Allman Brothers Band is nothing short of a landmark record that lovingly interprets the music of the ABB in a 15-piece big band setting. Released in November of 2019 by New West Records and produced by Mark Lanter, Charles Driebe, and John Harvey, the set plays up the deep jazz influence the Allmans always had. High-profile guests like vocalists Marc Broussard and Ruthie Foster, award-winning trombonist Wycliffe Gordon of Jazz at Lincoln Center, and former Allman Brothers Band guitarist Jack Pearson highlight an already unforgettably-strong ensemble that presents listeners with ten arrangements of Allman classics that go places nobody has ever taken them before.

The Allman Brothers Band played rock music with a profound jazz sensibility right from the beginning, so a record like this is a much more natural progression than some might initially think. ABB drummer Jai Johanny “Jaimoe” Johanson taught the other members about jazz and the group drew inspiration from Miles and Coltrane as much as it did from the blues. The Allmans played rock music from a jazz perspective, extending the form with long improvisational sections that sat atop a swinging, sophisticated rhythm section that grooved in a much more eloquent way than most of their heavier-handed peers. Big Band of Brothers seizes on this aspect of the ABB and takes it further. The result is one of the finest tribute albums in recent memory.

“Statesboro Blues” opens the show with a couple of cool jazz choruses before the famous stop-time breaks kick in. Pearson’s slide guitar hits Duane’s intro licks, and the band takes one of the ABB’s defining tracks for a ride. Marc Broussard’s vocals are expressive, dynamic, and add a bit of organic grit to the uptown vibe the group puts down. It’s an outstanding way to get the album off and running and sets a high bar for what’s yet to come.

Ruthie Foster delivers a subtle, devastating vocal performance on “It’s Not My Cross To Bear” that extracts every last morsel of soul and simmering intensity from the lines she sings while the band flexes around her. The level of musicianship on these sessions is crazy high and the soloing and ideas played here will get embedded in your spirit and stay there forever. Ruthie never fails to amaze and her voice put together with these players is one of the best musical ideas of our times.

Broussard returns to the lead vocal spot for the iconic “Whipping Post,” which no tribute to the Allmans could ignore. He and the big band takes us all to school on this one, pushing the fusion of rock, big band jazz, and blues to its zenith. The arrangement and energy are equally impressive but never eclipse the feelings of foolishness and loss that comprise the song’s essence.

Among the finest cuts on A Jazz Celebration is Big Band of Brothers’ reworking of “In Memory of Elizabeth Reed,” one of the Allman Brothers’ most important instrumentals. The longer, more open composition lets the players break free from the constraints of the blues and stretch their sonics wide, making the track feel like an incredible psychedelic experience from start to finish. Their notes and rhythms ease us into a warm melodic glow that builds to a mind-altering peak, just like the greatest music festival you ever attended did. It’s a truly stellar performance and needs to be heard by anyone who ever loved the Brothers’ original version.

A Jazz Celebration of the Allman Brothers Band is a smashing success on all possible levels and accentuates the jazz DNA that was so vital to the original Allman sound. This is a Grammy-deserving record that pays its respects to one of the most innovative rock bands of the 20th Century and does much to show fans how extensive the ABB legacy is. Do yourself a solid and listen.