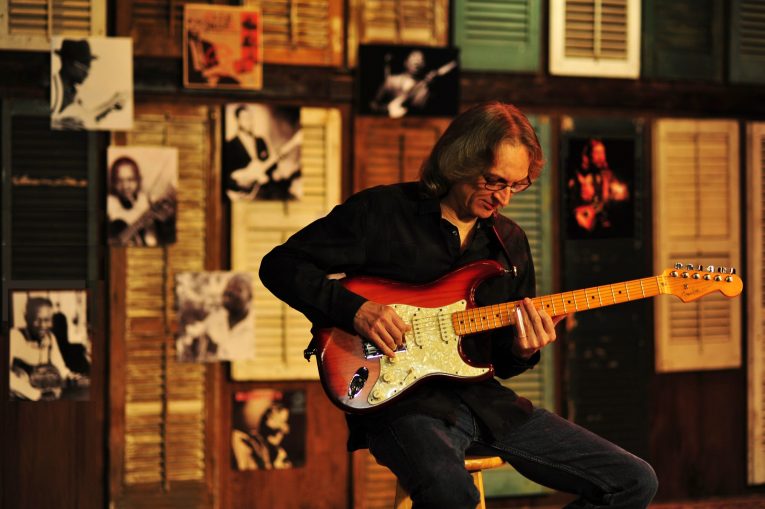 Blacktop Run follows his previous Grammy nominated album, Recorded in Lafayette in 2017 and his back to back Blues Music Awards for Best Guitarist and Best Blues Album for Bound for Blues in 2015.

“The Wilds of Wonder” is a cinematic tribute to the brave folks working on the front lines of our planet’s environmental crises.

Landreth’s groundbreaking work has long mixed familiarity with experimentation and his latest 10-song collection that stretches from hard-edged electric instrumentals to wistful acoustic ballads. The project’s range is the fruit of a renewed collaboration. Producer RS Field, who helmed Landreth’s trio  of breakout albums, joined the six stringer and co-producer Tony Daigleto to finish the record.

“His brilliance and creative energy recharged us,” Landreth said of reuniting with Field. Most of the tracks were recorded live at the famed Dockside Studios on the Vermilion River south of Lafayette, LA. “We came up with new and better ideas, and that’s what you want,” He added. “It couldn’t have gone better.”

Sonny Landreth is known for his slide guitar playing, having developed a technique where he also frets the notes and plays chords and chord fragments by fretting behind the slide. Sonny plays with the slide on his little finger and is also known for his right hand technique, which involves tapping, slapping and picking strings.

Sonny Landreth has performed at Clapton’s Crossroads Guitar Festival for five years and has recorded with Jimmy Buffett, John Hiatt, Eric Johnson,  and many others.