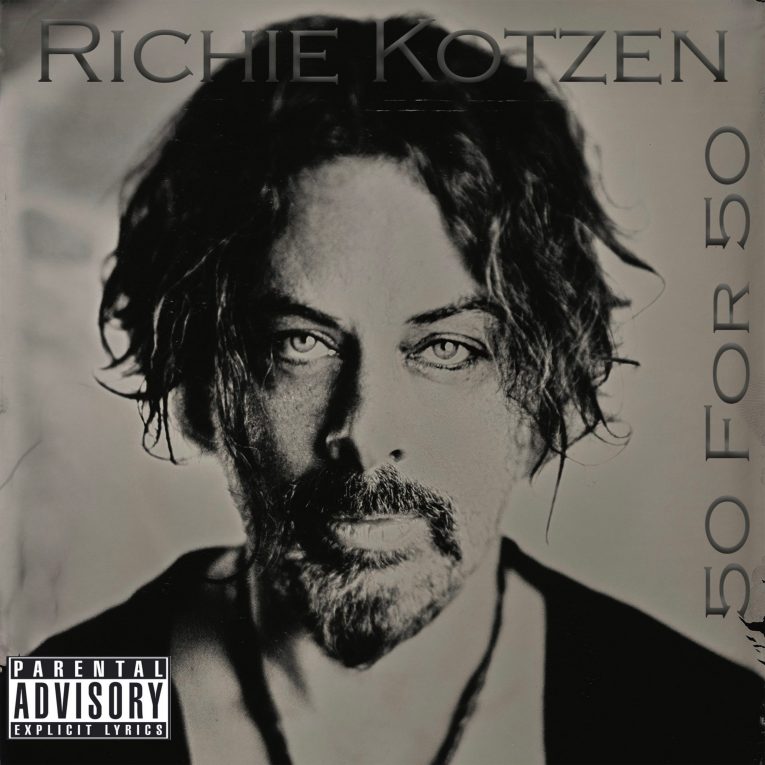 SET TO RELEASE MOST AMBITIOUS ALBUM

January 27, 2020 — When a person turns 50, they usually spend that entire year celebrating in as large of a way as possible to make it their biggest and most memorable birthday yet. Singer/songwriter/multi-instrumentalist RICHIE KOTZEN is taking the concept literally, as he gears up for the release of his most ambitious album to date, and he wants to share this big birthday present to himself with his fans around the world.

50 For 50—his 22nd solo album–is due out Monday, February 3 via his own custom label, Headroom-Inc. The self-produced three-disc collection is just what the title implies: a collection of 50 previously unreleased compositions produced, performed and written by KOTZEN in honor of his birthday. It’s the follow-up to his critically acclaimed Salting Earth album, which was released April 14, 2017 via Headroom-Inc.

Although KOTZEN has been hailed as a guitar virtuoso since the release of his first album, it is his emotional lead vocal delivery and diverse songwriting style that separates him from his peers thanks in large part to artists that influenced him in the Philly Soul R&B to Jazz, Rock, Funk, and Fusion Guitar genres. 50 For 50 captures the full artistic scope of what makes RICHIE KOTZEN such a unique artist.

“The idea of a 50 song album came to me while I was on tour sometime last year,” KOTZEN explains. “I had completed what would have been your typical 10 to 12 song album and was anticipating a 2020 release. Somewhere along the line, I discovered a few completed songs that for whatever reason were never released. Along with that, I found a massive collection of material that was in various forms of completion. Some songs had drums bass and piano with no vocal, other songs were nothing more than a bass line and a vocal melody and so on. I decided to take that summer and fall, stay in the studio, and see how many of these ideas I could bring to completion. The concept was to include the already completed works and finish the other ideas and then stop once I reached 50 songs. Reality is we’ve got way more sitting on the hard drives waiting for attention. I figured if I can walk out of the studio with 50 songs (that I like) mixed and mastered, I can release a 50 song package on my 50th birthday.” 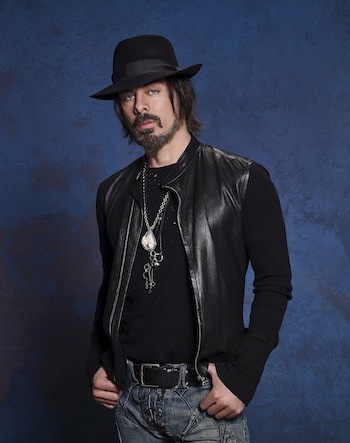 The first song from 50 For 50, “Devil’s Hand,” will also be released on Monday, February 3 via all digital retail outlets. As KOTZEN says, “The song touches on loss and regret while romanticizing a past that may or may not have been as it is being remembered in the present.”
About Salting Earth, Vintage Guitar hailed, “Presenting the best combo meal of blue-eyed soul, ripping guitar, and accessible tunes, this album continues KOTZEN’s prolific rise. His one-man-band production style serves an unfettered vision of passion and vulnerability.” While MusicRadar.com praised, “When RICHIE KOTZEN picks up his guitar, it literally speaks through him. Those familiar with the American singer/guitarist’s work or who have seen him live will know he occasionally hums along to the runs he’s executing, effortlessly showcasing a level of musicianship very few indeed ever get to. He embodies the kind of player that’s unequivocally in tune with their instrument, and able to improvise using purely the mind’s eye.”

RICHIE KOTZEN will continue to celebrate his big birthday with fans all over the world starting with an appearance at the “Monsters of Rock Cruise” kickoff party on February 7 in Miami, FL at the Magic City Casino. His North American tour will commence with a three-night engagement in New York City at the Iridium Jazz Club on June 23, 24 and 25. The worldwide tour will take the birthday celebration to Mexico, Europe, Latin America, Japan and Southeast Asia. A complete list of international tour dates are posted on KOTZEN’s official website and social media pages.