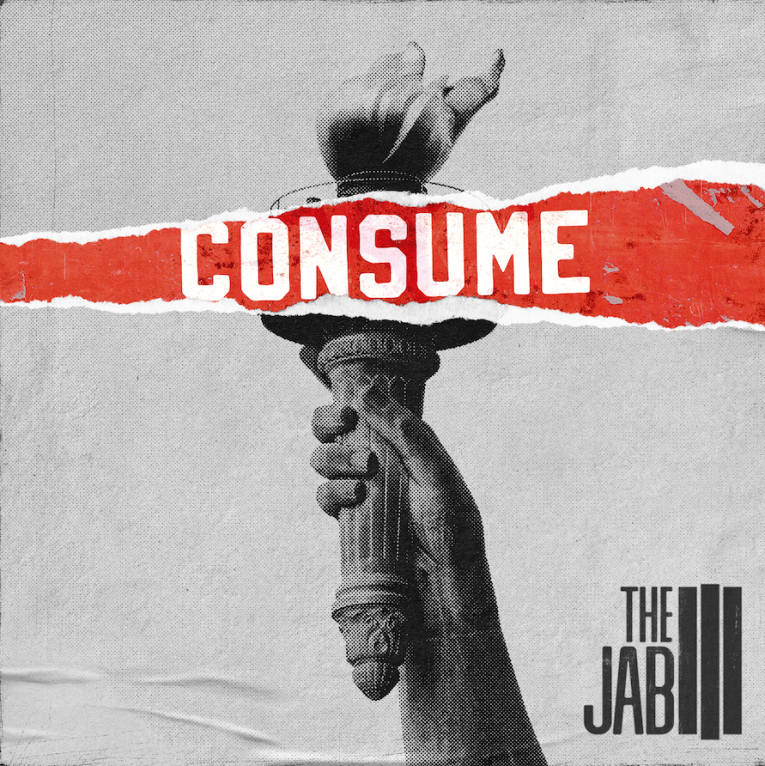 The Jab is the most crucial and captivating rock and roll band emerging from the ultra-competitive Chicago scene right now. The group’s debut album, Consume, comes out February 4th, 2020 on the Medicine/The Orchard label and a single listen will quickly prove that this bunch is the Truth. The sound walks a line between blues and punk rock that touches on Led Zeppelin, The Black Keys, the Southern Rock canon, and modern dirt-road sludge.

Led by vocalist/guitarist Jam Alker, The Jab builds upon the punk/blues vibe Alker had been honing in Chicago rock clubs a few years ago before life led him into the darkness of addiction. It took the better part of a decade and the birth of his daughter in 2014 to get him back to living a more positive and focused lifestyle. Consume is the product of his time detoxing and therapeutically transforming his pain into words and music. The record contains both grim and celebratory tones and turns them into blue-collar music for thinking humans that’s delivered with grit and authenticity.

The lineup of Alker, drummer Tom Stukel, guitarist/keyboardist Terry Byrne, lead guitarist Ryan Herrick, and bassist Alex Piazza comes off like a post-classic rock version of The Rolling Stones and has its way with all flavors of American roots music. Consume opens with the brilliant “Riot,” a bare-knuckle blast of a song that combines hard blues/rock sounds with a heavy chorus reminiscent of Soundgarden and Alice in Chains. Lyrically, it’s a response to the inequality, addiction, consumerism, and violence that have created the discontent and hopelessness plaguing today’s society. Alker grinds his ax against the whetstone of reality like the creators of the blues did and uses it to cut directly to his call to action.

The title track, “Consume,” balances an angry Zeppelin attitude with hints of melodic sweetness that are unexpected but welcome. It’s a song about the drive of addiction that uses Alker’s gruff, soulful vocals and hard-won wisdom to communicate honestly with anyone listening. Interwoven guitar parts reinforce the Stones comparison but it’s done with a heavier attitude than Woody and Keith would likely display.

“Analeeza” shifts into a Muscle Shoals soul groove that’s funky and sweet. It’s quite a contrast to the hard-rocking sound of other parts of the album but works perfectly and keeps things interesting. The change of dialect shows the depth of the band and how well each player adapts to the song’s demands. The delicate “Genuflect” goes further into the more mellow dynamic the group does so well and offers an even greater degree of artistic expression.

“Dumb” is an emotionally powerful admission of one’s own mistakes and inabilities that moves from desperate prayers to dark, guitar-driven statements of “stumbling from one distraction to the next.” It’s the unflinching tale of someone who admits to the wrongs they’ve done and makes no excuses for them. Just like every song on Consume by The Jab, it’s real to the point of pain and bares its soul with little regard for the consequences, as the worst has obviously already happened.

The Jab is an amazing band that makes its connections through brutal honesty rather than show-off tactics. Consume is a powerful effort that drags life’s difficulties out into the daylight and burns them for fuel. Expect to hear a lot from this crew in the near future.