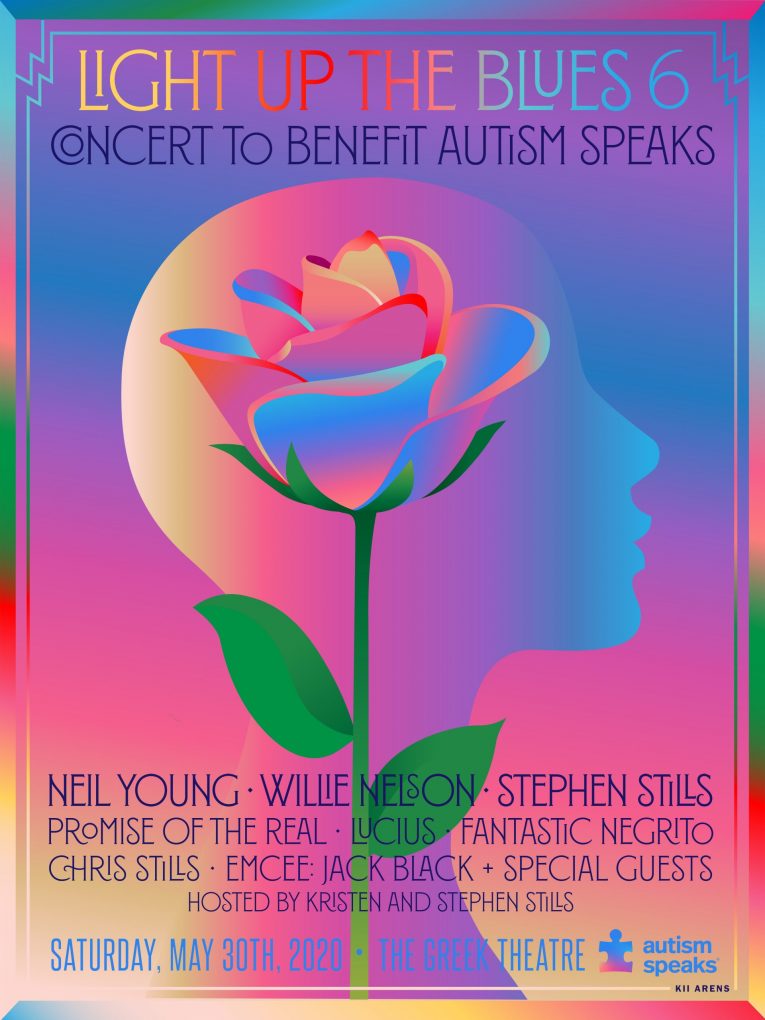 May 30th at the Greek Theater in Los Angeles

Neil Young, Willie Nelson, Stephen Stills, Lukas Nelson & Promise of the Real, Lucius, Fantastic Negrito, Chris Stills, Oliver Stills, and emcee Jack Black, plus many special guests, will return to Los Angeles on Saturday, May 30 at The Greek Theatre for the Light Up The Blues 6 —Concert to Benefit Autism Speaks. Hosted once again by Kristen and Stephen Stills, the event will feature performances by three artists with autism and will begin at 7:00 p.m. 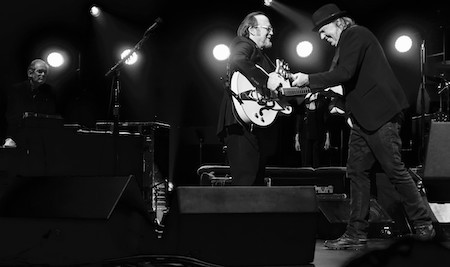 The May 30 event will celebrate people with autism, while supporting Autism Speaks in its mission to promote solutions, across the spectrum and throughout the life span, for the needs of people with autism and their families. Proceeds from the Light Up The Blues Concert will go toward Autism Speaks’ efforts, which include funding life-enhancing research, increasing early childhood screening and interventions, and improving the transition to adulthood.

Additionally, each performance will contribute to Autism Speaks’ efforts to achieve one million acts of kindness in 2020, part of its “Year of Kindness” campaign to create a kinder world for people with autism.

“With this year’s stellar lineup — and a meaningful venue in the Greek Theatre, our hometown favorite — I am itching to get on stage with this crew and support the efforts of Autism Speaks. It’s going to be another exciting and marvelous show!” said Stephen Stills.

“All of the incredible musicians and actors that we have lined up for Light Up the Blues 2020 care deeply about helping people on the autism spectrum and their families, friends and communities thrive and live life to the fullest. We are so pleased to be celebrating Autism Speaks’ 15th anniversary and look forward to another moving night to benefit this organization, which continues to strive to create a kinder world for people with autism and those who love and support them,” said Kristen Stills.

Angela Geiger, president and CEO of Autism Speaks, added, “Once again, we are so grateful for Stephen and Kristen Stills, and for all of the other artists who dedicate their time and energy to this incredible event to support the autism community.” 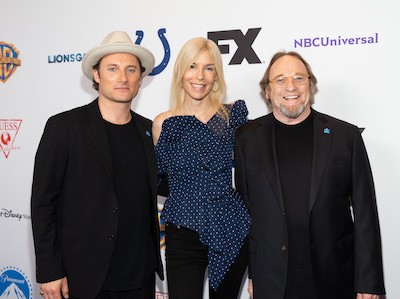 Over the years, the concerts have featured artists including Neil Young, Crosby, Stills & Nash, John Mayer, Patti Smith, Brandi Carlile, Sheryl Crow, Beck, Burt Bacharach, Don Felder, Jakob Dylan, Nikka Costa, The War On Drugs, and more, and have raised millions of dollars in support of the work of Autism Speaks, making a lasting impact on the organization’s mission.

About Autism Speaks:
Autism Speaks is dedicated to promoting solutions, across the spectrum and throughout the life span, for the needs of individuals with autism and their families. We do this through advocacy and support; increasing understanding and acceptance of people with autism spectrum disorder; and advancing research into causes and better interventions for autism spectrum disorder and related conditions. To find resources, join an event or make a donation, go to www.AutismSpeaks.org. Learn more by following @AutismSpeaks on Facebook, Twitter, Instagram and LinkedIn.