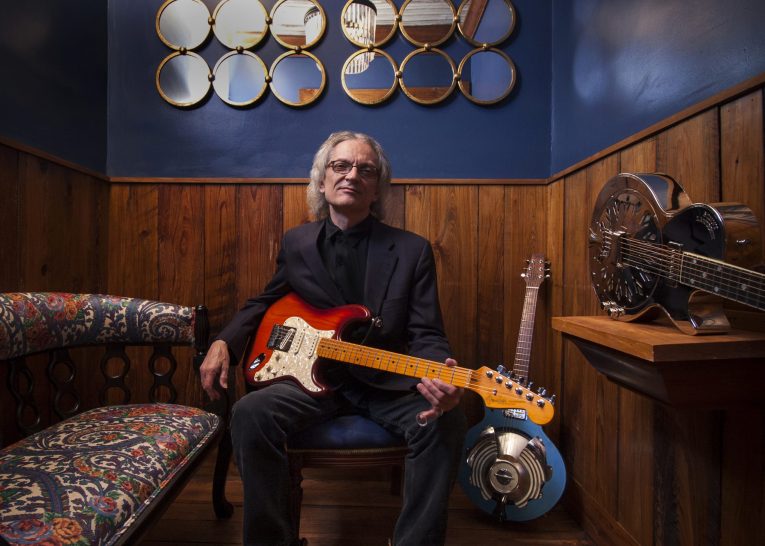 Blacktop Run follows his previous Grammy nominated album, Recorded in Lafayette (2017) and is his Blues Music Awards for “Best Guitarist” and “Best Blues Album” for Bound for Blues (2015.)

Sonny Landreth is known for his superb slide guitar playing, having developed a technique where he also frets the notes and plays chords by fretting behind the slide. Sonny plays with the slide on his little finger. He is also known for his right hand tecchnique, which involves tapping, slapping and picking strings.

“His brilliance and creative energy recharged us,” Landreth said of reuniting with Field.” He added, “It couldn’t have gone any better.”

Listen to “Don’t Ask Me”

Blacktop Run was mostly tracked at the renowned Dockside Studios on the Vermillion River south of Lafayette, LA. Backed by bassist David Ranson, drummer Brian Brignac, and keyboardist/songwriter Steve Conn, Sonny Landreth elevated his game and captured some of the best music he’s ever made. He mixes blues, rock, swamp and more into one of the truly original styles in roots music.

Sonny Landreth has performed at Clapton’s Crossroads Guitar Festival for five years and has recorded with Jimmy Buffett, John Hiatt, Eric Johnson, and many others.